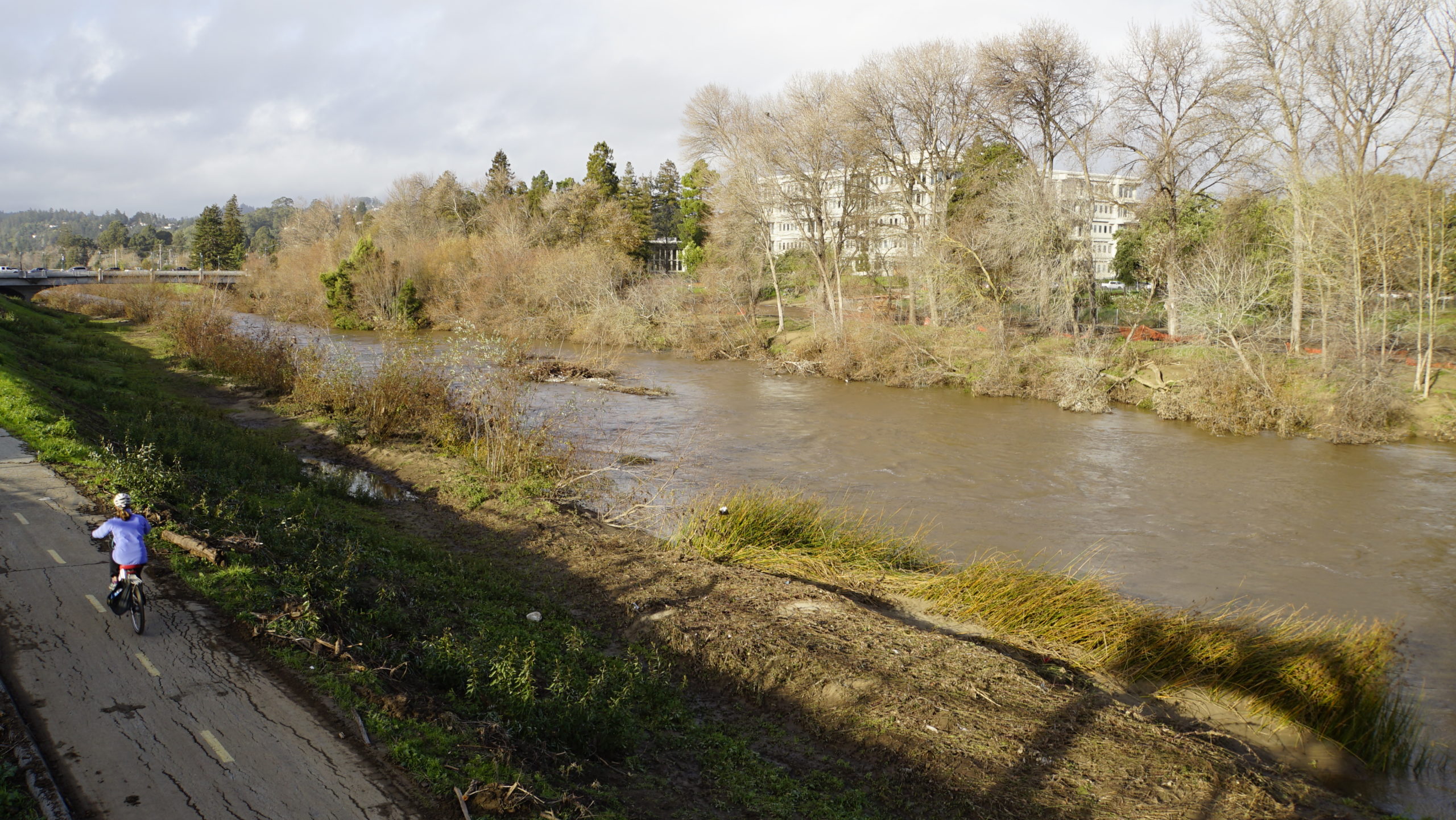 SANTA CRUZ >>  Santa Cruz has received more than 30 inches of rain since October — which already exceeds the city’s average annual rain, according to the National Weather Service.

The City of Santa Cruz’s water mainly comes from streams, creeks and other surface sources. The city’s water storage primarily has been limited to Loch Lomond Reservoir, which is full. The rest of the county is largely reliant on underground basins, which are slow to refill — even during wet years.

Water agency leaders in the city and county of Santa Cruz have been trying to find better ways to capture, store and share water.

“We’re really trying to figure out how to do something with all this water and collect what we can, but we don’t have storage,” said Rosemary Menard, director of the Santa Cruz Water Department. “We have this sort of whiplash effect where it was dry, now it’s wet, but next year could be dry again.”

At least three big projects are in the works to increase water storage and supply. 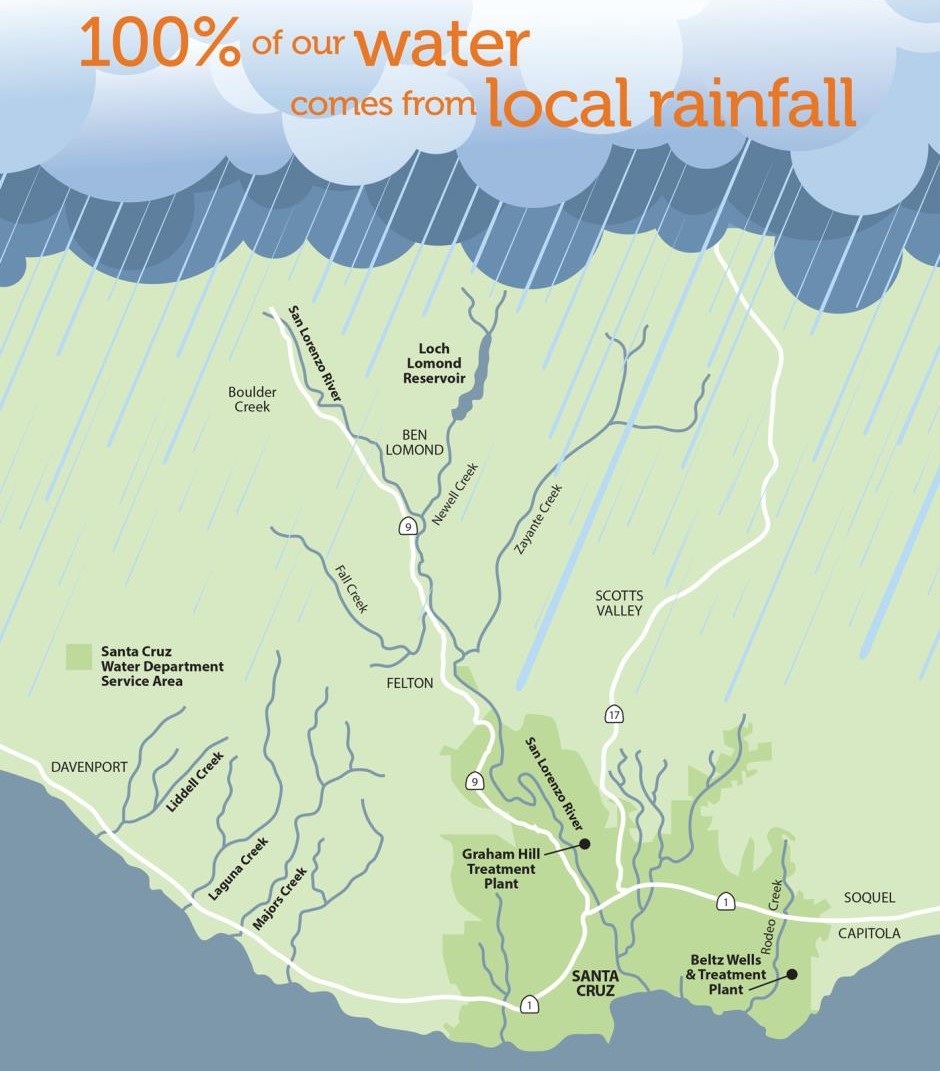 Nearly 80% of the City of Santa Cruz’s water comes from the San Lorenzo River system and three creeks on the North Coast. Groundwater and other surface water are other sources. Loch Lomond Reservoir is the city’s chief storage site. Unlike larger reservoirs in California, Loch Lomond was designed to store a single year’s supply.

Loch Lomond’s ability to provide water during dry years is limited. Though the reservoir was designed to fill 8 out of 10 years, Menard said, “This is my 10th winter that I’ve been through and it’s filled four times.” 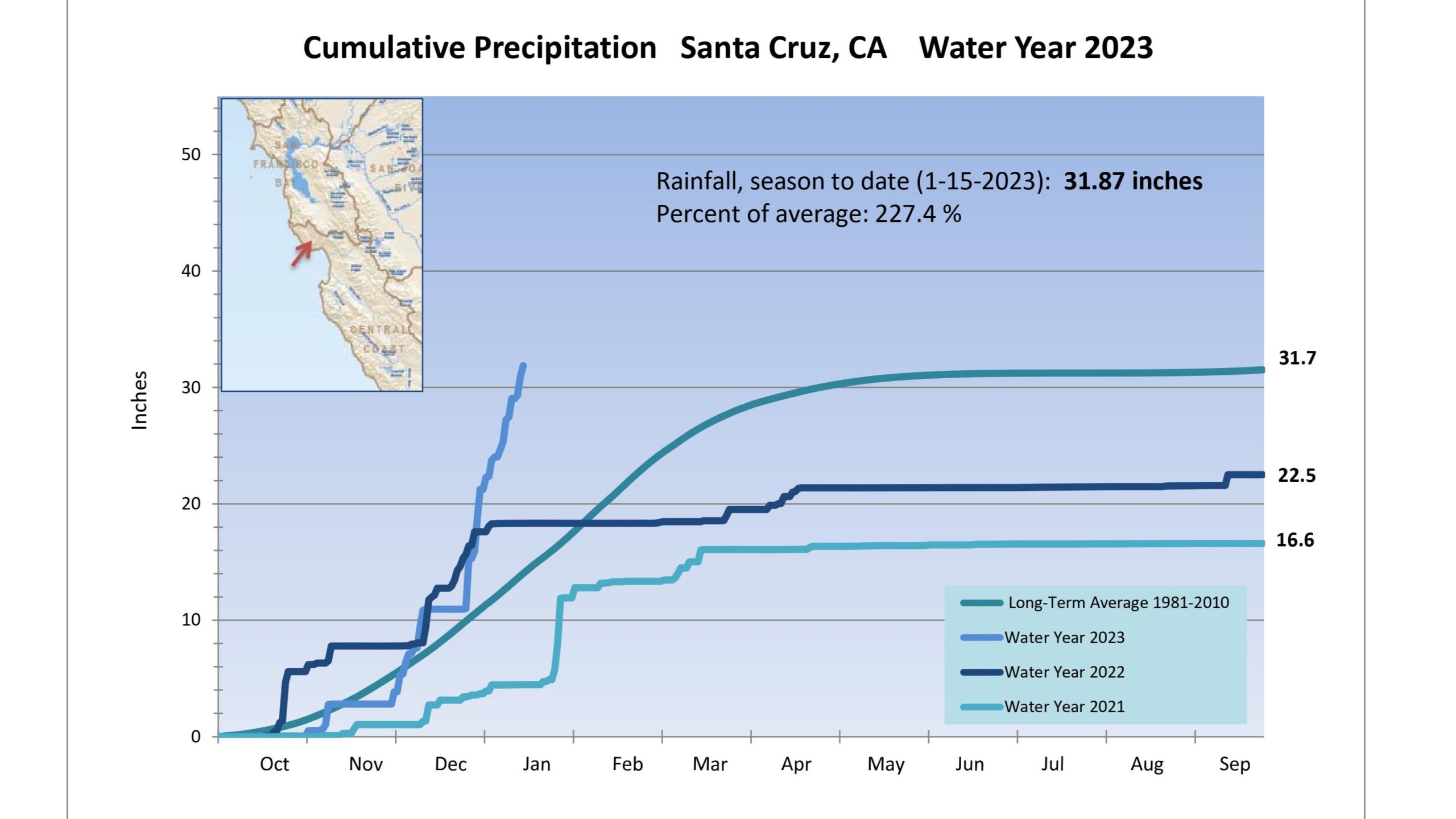 A weather station in Santa Cruz collected more than 31 inches of rain from Oct. 1 to Jan. 15. (City of Santa Cruz Water Department)

Climate change is expected to exacerbate California’s typical cycle of drought followed by heavy storms. Menard and her colleagues have examined hundreds of models of potential rain trends for the next 100 years. The scenarios all look different, but they all have two things in common: longer, drier droughts, and wetter wet years.

The biggest possibility for storage is underground in aquifers that have been depleted over decades by wells, said Menard.

Work has started to store Santa Cruz city water in the Santa Cruz Mid-County Groundwater basin in wet years and draw from the basin in dry years.

Santa Cruz city workers have converted two city wells, Beltz 8 and Beltz 12, to pump treated water into the aquifer. Now, the city extracts more water from the aquifer than it pumps into it. In 2022, city workers extracted 199 million gallons of groundwater and injected 86 million gallons of treated surface water, according to Chris Coburn, deputy director of the city of Santa Cruz Water Department.

With more recharge wells in the future, the city could inject more than it extracts in wet years and use the stored water during droughts.

Two more wells are slated for retrofitting in the coming years, Menard said. They may be online as early as 2025. To fully use the aquifer, the city may need to drill up to six other pumps, Menard said. 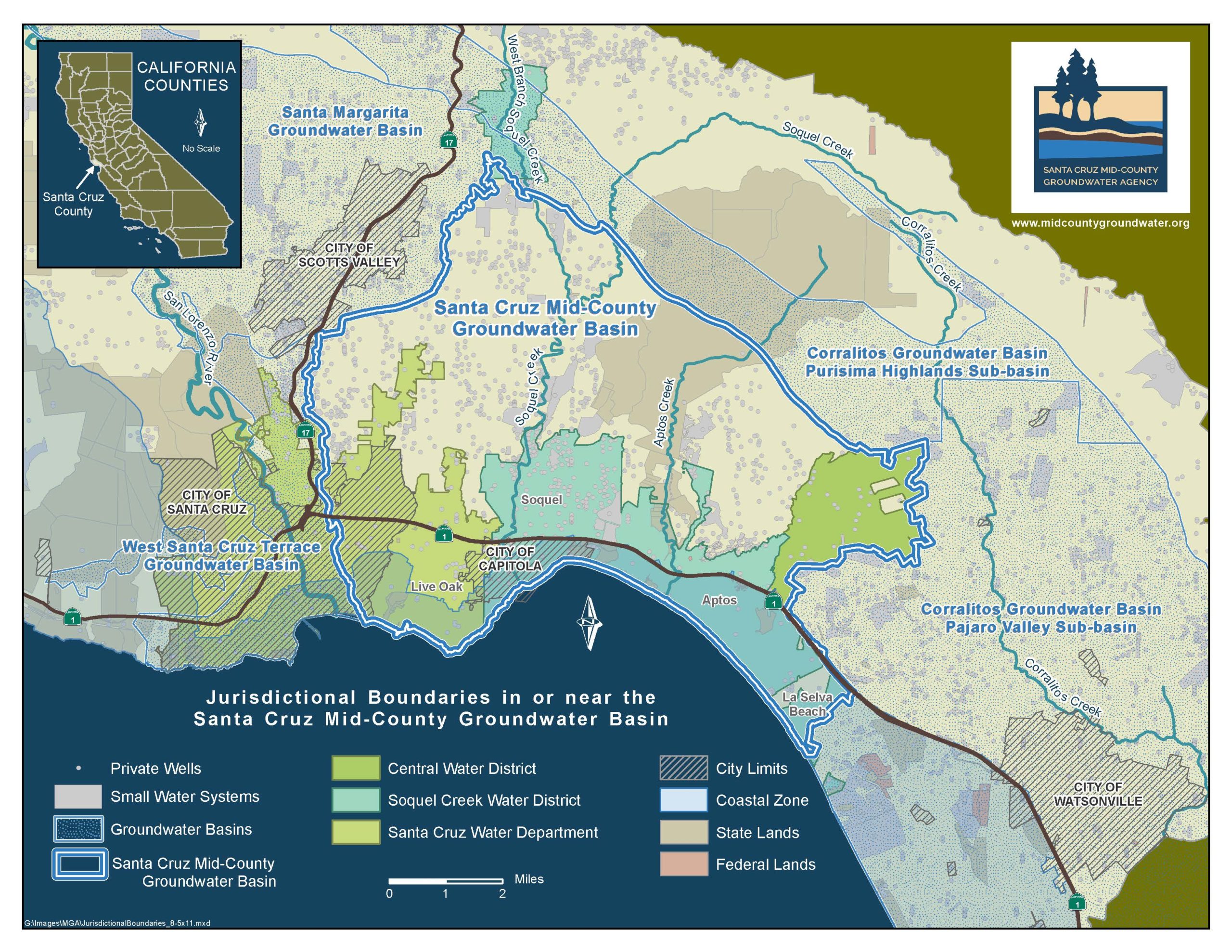 City leaders are working with consultants to map the aquifer and model where the new pumps should be placed. The full project could take eight to 10 years to complete, Menard said.

The aquifer recharge wells are intended to store treated water from the San Lorenzo River when flows are high. But the Graham Hill water treatment facility isn’t yet able to treat river water during or soon after storms. Right now, river water is still too turbid to be treated for customer use or aquifer storage, Menard said.

High flows fill the water with mud and sediment that make it hard to filter, said Menard. Upgrades are planned in 2025 to enable it to use and store more river water. The upgrades will allow the treatment facility to process cloudier water for customer use and for storage underground.

“As soon as things restabilize, then we can start looking at putting water into the ground,” Menard said. “And now this year, we would obviously have more capacity to do that, simply because there’s more water available in the system.” 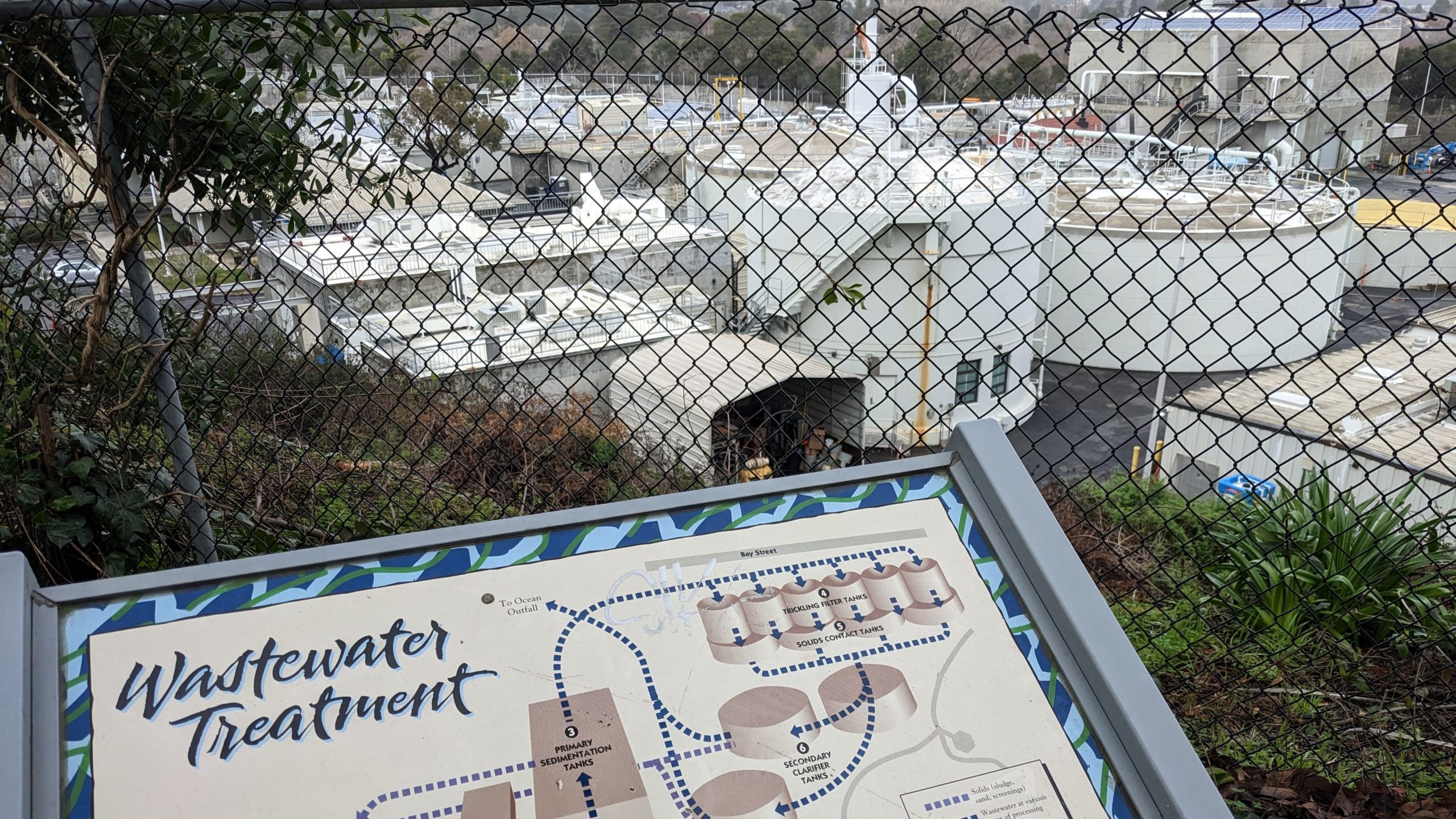 Though the storms have helped the City of Santa Cruz’s immediate water supply needs, they haven’t been a big boon for Soquel Creek Water District. That’s because the district runs entirely off of groundwater.

Rather than water percolating through the soil, underground layers of clay typically mean that rain drains into rivers, creeks and ultimately the ocean. The only way to naturally fill the aquifer is constant, light rain — a weather pattern that is becoming increasingly rare, said Ron Duncan, general manager of Soquel Creek Water District.

Because the aquifer is collectively managed by multiple agencies, including the Mid-County Groundwater Agency and the City of Santa Cruz, Soquel Creek Water District has focused on coordinating its water management efforts with its neighbors.

Duncan said that collaborating with the city of Santa Cruz is crucial to securing his district’s future.

The two districts have already worked together on Pure Water Soquel, an effort to pump recycled water from Santa Cruz’s wastewater into coastal wells. The recycled water is intended to prevent seawater from seeping into the aquifer and help the aquifer rebound from decades of over-pumping.

On Tuesday, Jan. 17, the Soquel Creek Water board finalized a plan to study potential aquifer recharge strategies with the City of Santa Cruz. The study will help determine how Santa Cruz and Soquel Creek can best operate existing recharge wells and where future wells should be located.

Though the study may explore the option of adding additional Pure Water Soquel pumps, any additional pumps would require new environmental analysis and approval from the state, Duncan said.

The collaboration between the two districts will also depend on new water rights rules waiting on approval from the California State Water Resources Control Board. Now, the city is limited in its ability to share water pulled from the San Lorenzo River.

The revised rules will allow the city more flexibility to share river water during wet years, Menard said. The city hopes to receive approval from the state in the coming months.

Duncan and Menard emphasized that there are no easy answers for storing the region’s water.

Dams are environmentally and politically unfeasible, and though places elsewhere in California have stored creek water in large tanks, there’s no suitable site in the county for such a project.

“We’ve got to go through the steady process, look at the data, and then look at the other factors that influence such a collaborative effort,” Duncan said. “The devil is in the details.”

Editor’s note: This story was produced because of questions and feedback from Santa Cruz Local readers.