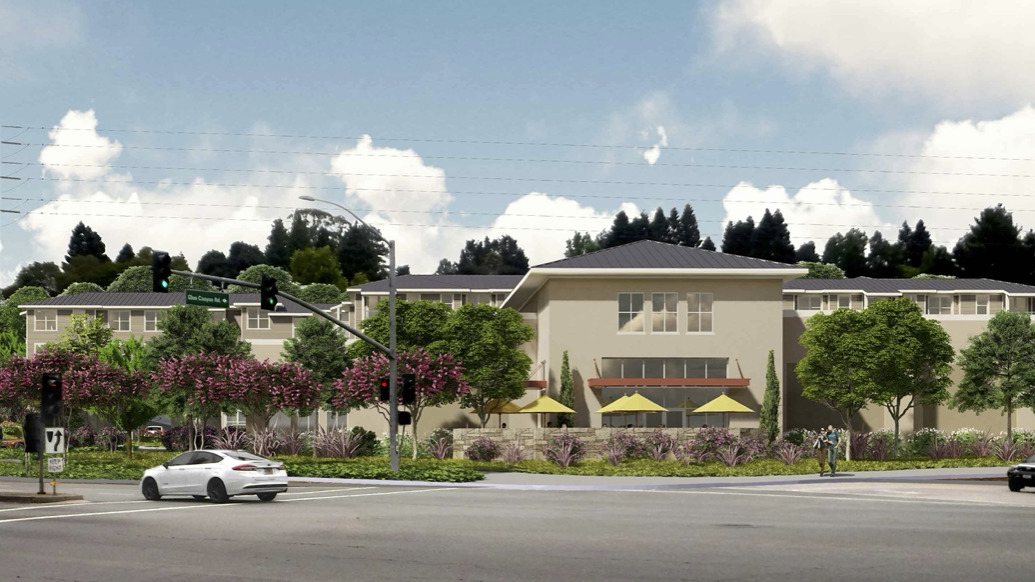 SCOTTS VALLEY >> A 52-unit housing proposal with shops and offices was approved by the Scotts Valley City Council on Wednesday night.

Granum Partners first proposed a development in 2008 with two single-story commercial buildings and a three-story building with 10 townhomes. The economic recession in 2008 and 2009 in part prompted Granum Partners to abandon the effort.

The delay “actually turned into a good thing,” said planning consultant Charles Eadie, who works with Granum. “Because now you’re going to see what I think is a significantly better project,” Eadie said at Wednesday night’s council meeting. The revised project includes apartments above the residential space and relocates most of the parking space to underground garages. 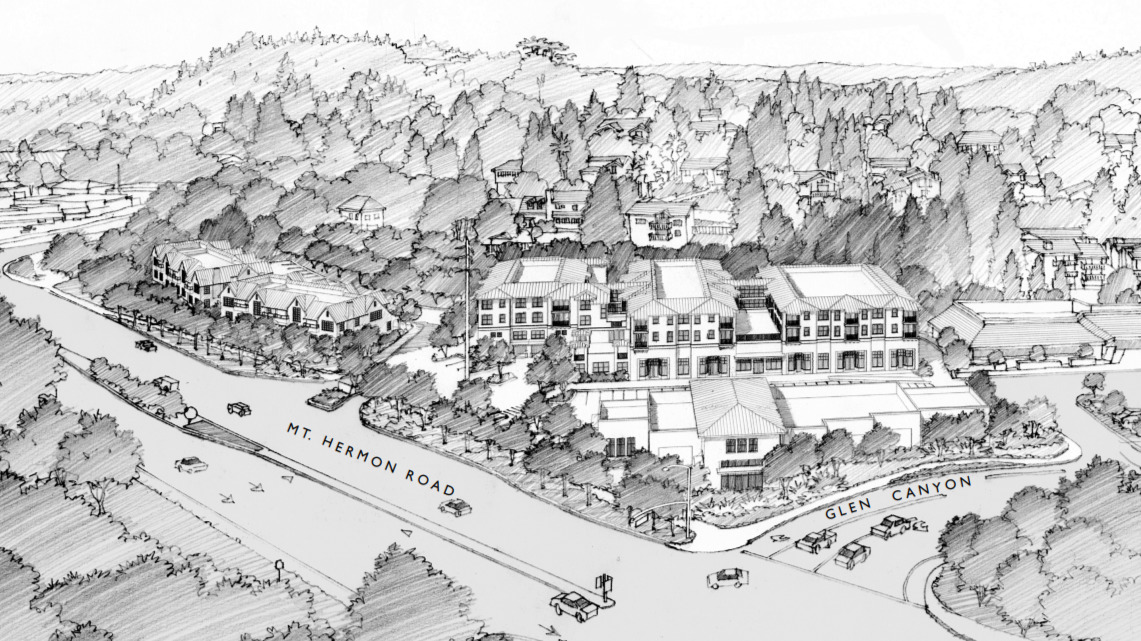 Under goals set by the state’s Regional Housing Needs Allocation in October, Scotts Valley was told to permit at least 1,220 new homes from June 2023 to December 2031. Oak Creek Park’s 52 units won’t count towards the city’s plan to meet that goal, said Scotts Valley City Attorney Kristen Powell. Once built, the units would count towards the city’s required housing production, she said. 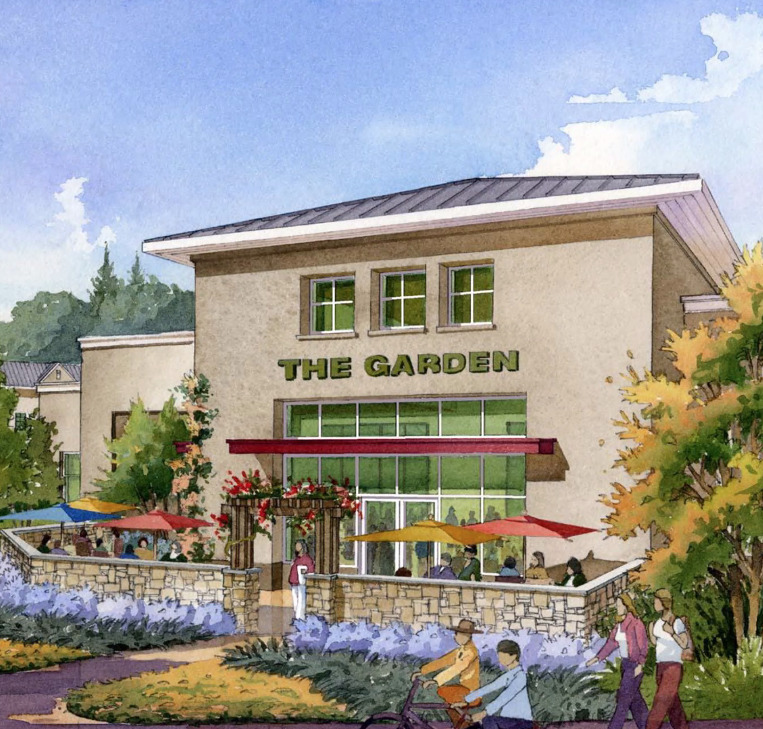 An illustration shows the facade of a proposed Oak Creek Park commercial building. The project will include more than one acre of open space with 141 new trees, said architect Matthew Thompson. (Thacher & Thompson Architects)

The townhomes and the apartments will be rented. Under city rules that require 15% of new construction to be affordable, eight of the total 52 units will be reserved for “very low income” to “moderate income” renters. Income limits are set by the state.

“Local businesses desperately need this project to go forward, as they’ve struggled to retain workers who can’t afford to live here,” said Linda Kerner, a Scotts Valley resident and member of Affordable Housing Now. “If your council approves the affordable housing committee’s recommendations, it might make it difficult for the developer to to have this project pencil out. I would hope that you would work with the developer and reach a compromise so that you can allow the project to go forward.”