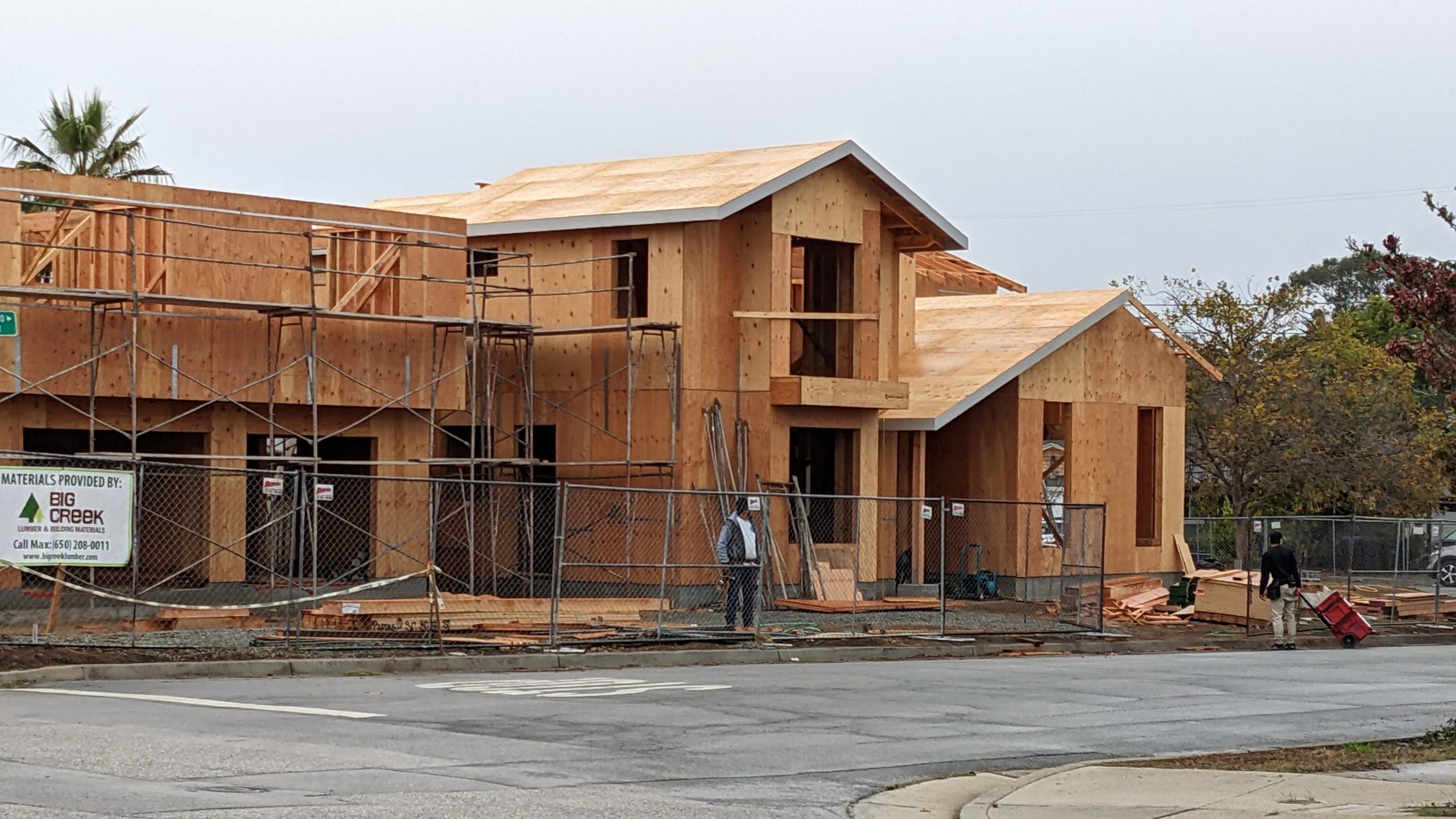 Workers arrive at a home under construction on Bay and Liberty streets in Santa Cruz this week. (Stephen Baxter — Santa Cruz Local)

SANTA CRUZ >> Santa Cruz County’s goal for new housing over the next eight years has more than quadrupled, according to a plan approved by regional leaders.

The plan for housing development from June 30, 2023 to Dec. 15, 2031 includes permit targets by jurisdiction identical to those in a draft plan released in April:

During Wednesday night’s meeting, Scotts Valley City Councilmember Derek Timm cast the sole vote against adopting the housing targets plan. Representatives from Greenfield and Sand City, both of which appealed the draft plan, did not attend the meeting. AMBAG rejected those cities’ appeals in September.

In an interview after the meeting, Timm said that the method to allocate the housing units across the region, developed in January, places an unfair burden on Santa Cruz County. “Monterey County essentially shifted over 2,000 of the units out of its county and into Santa Cruz County,” he said.

The new plan includes additional factors that include transit accessibility, resilience to future climate change, and concentration of low-income and non-white communities.

Timm said he was skeptical that Scotts Valley, which hasn’t yet met its goals for the previous housing cycle, will be able to meet the new targets. “Our city is only 4.6 square miles,” he said. “If we were to accomplish these housing goals we’d have to increase our city size by about 26% over eight years.”

Capitola Mayor Sam Storey also objected to the plan. In a May letter to the association board of directors, Storey wrote that the formula used to allocate the region’s units unfairly burdens densely-populated cities.

“Capitola believes that not including land area adequate for development makes the current formulas ineffective, inequitable and illogical,” Storey wrote. Capitola did not submit a formal appeal. In the Wednesday meeting, Capitola City Councilmember Kristen Brown voted to approve the plan.

Questions or comments? Email [email protected] Santa Cruz Local is funded by members, major donors, sponsors and grants for the general support of our newsroom. Our news judgments are made independently and not on the basis of donor support. Learn more about Santa Cruz Local and how it is funded.