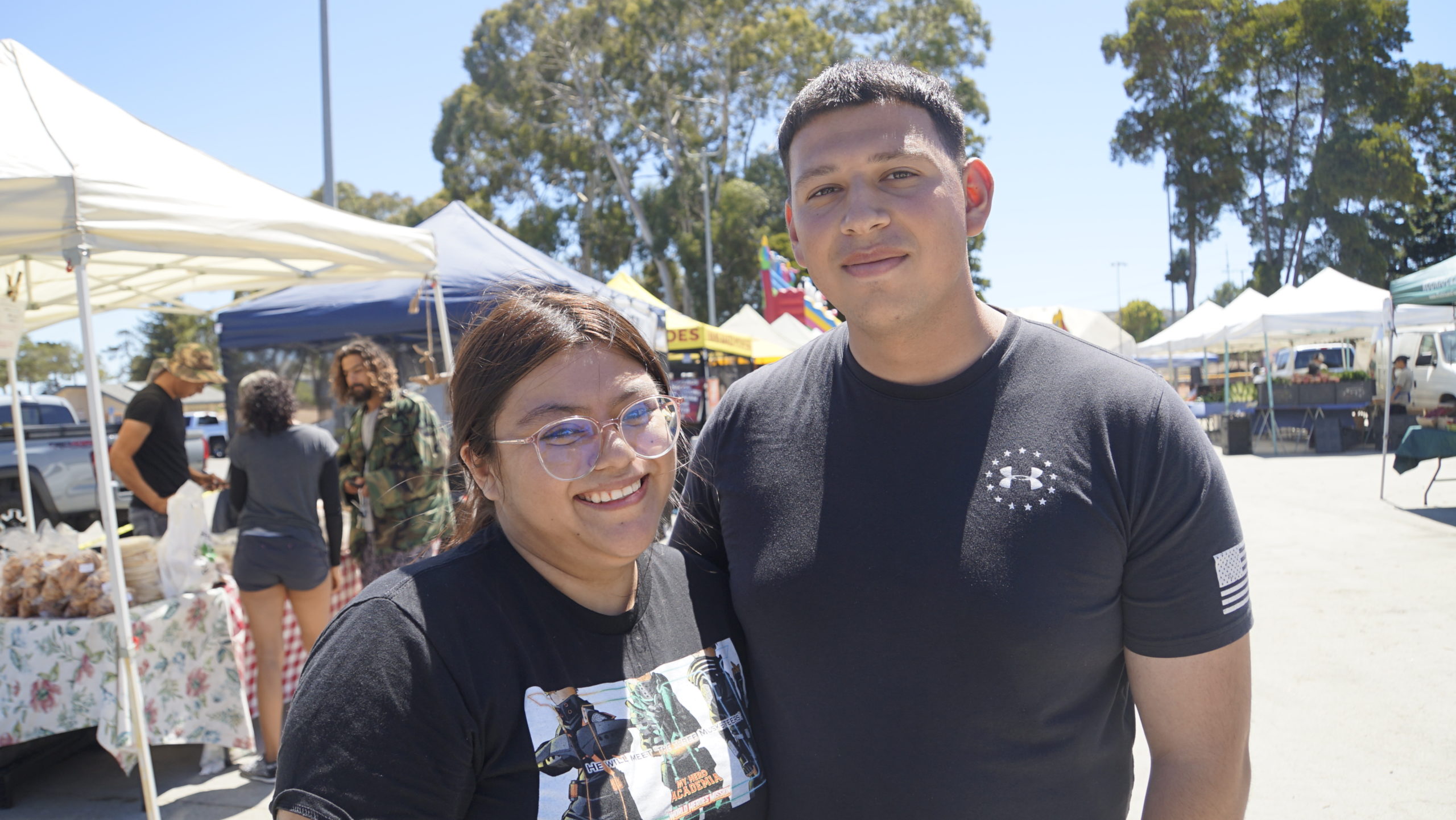 Santa Cruz Local wants you to decide what the local candidates talk about as they compete for your vote in the Nov. 8 election. This year, Santa Cruz Local’s team conducted nearly 300 interviews and collected 150 survey responses from Santa Cruz County residents.

Here is what residents told us they want from local government, in order of frequency:

In today’s episode, we’ll hear from residents about why they care about these issues. We’ll hear voices not normally heard by local government or local media. Transcript below.

This November, several powerful local offices are up for election.

In the Nov. 8 election, Santa Cruz County voters will choose:

These seats have a major influence. For example, county supervisors can decide which road projects get funded. City councils can decide where and how much housing gets built. School boards can decide on teacher pay and how money is spent.

Santa Cruz Local wants YOU to decide what the candidates talk about as they compete for your vote. That’s why our team interviewed nearly 300 Santa Cruz County residents this year. We wanted to understand what’s at stake for you. We’ll press the candidates on the issues important to you.

We went all over the county. We went to farmers markets, stores, food bank handouts, festivals, and other gatherings. We talked with students, parents, doctors, janitors, teachers, firefighters, housekeepers, farmworkers, and retirees.

We also heard from 150 of you in our online surveys.

In today’s episode we’ll share what we heard. We’ll also share some voices that you don’t normally hear in local media or local government.

KMG: I’m at the El Mercado farmers market. It’s in a parking lot at Ramsay Park in Watsonville. It’s a hot Wednesday afternoon in August.

That’s where I met Jenny Hernandez. She’s 21. She was born and raised in Watsonville. She’s lived here her whole life. That is, until a few weeks ago. She and her boyfriend David just moved to Prunedale. That’s near Salinas, in Monterey County.

They used to live with David’s parents in a house in Watsonville. When their landlord died recently, the house was sold. They had to move.

JENNY HERNANDEZ: When we tried to move out. Rent was way too expensive for both of us. We were seeing almost $2,000 for a studio. In Watsonville. So it was way out of our budget. We had to look for something out. And in Prunedale we were about to find one that was a $1,200 studio. So that was our only option. We had to get out.

KMG: Jenny says they drive to Santa Cruz County almost every day. Jenny takes classes at Cabrillo. She works in Watsonville, at Target. Her boyfriend, David Moreno, works at the Santa Cruz Beach Boardwalk. Both their families live in Watsonville.

David is 22. David told me his parents are thinking of moving to Greenfield. They’re also thinking about Texas, where David’s brother lives. David’s dad is a roofer. His mom used to work at a cannery in Watsonville. She stopped working because of health issues. David says they can’t afford to live in Watsonville anymore.

DAVID MORENO: A lot of people from Watsonville are leaving here too because it’s so damn expensive.

JENNY HERNANDEZ: It’s just too expensive. They can’t find anything. And them, they’re a little bit older so they need something close. His mom has a lot of doctor’s appointments so that’s one of the main reasons why she didn’t want to leave.

KMG: We heard from many families that are struggling with the cost of housing.

Fidel Guzman runs a landscaping business. It’s in Watsonville. He’s 51. He earns about $3,000 a month. His rent at home is $4,000 a month. He lives in a three-bedroom house on Rodriguez Street. He lives there with his wife, his son and his daughter.

His son and daughter also work for the family business. They contribute toward rent.

Fidel and his wife sleep in the garage. They sublet a bedroom to afford rent.

OSCAR RIOS (translating for Fidel Guzman): Everything is out of control. Because the food, the prices, the gas, they keep going up. The salary doesn’t get raised. It doesn’t come up, the salary.

OSCAR RIOS: Exaggerated. It’s something exaggerated, the rents. We don’t know how to survive now, in this place, how to live here.

KMG: Fidel said that with gas at $6 a gallon, the cost to fill his tank is almost an entire day’s pay. He’s considering moving back to Mexico. He’s torn. He doesn’t want to leave his business. I asked him if he thought about raising his prices.

OSCAR RIOS: People don’t want to pay more. People say, well, you raise your prices, I’ll let you go. I cannot pay what you’re asking for. So I’m having to get rid of my clients because I have to move them. It’s ridiculous. It’s something that, you can’t survive in this area right now.

KMG: I also went to the Westside Farmers Market in Santa Cruz. That was in August. I met a man named Joey. He works full-time in construction. He’s 24. He’s a registered voter in Santa Cruz. He wants the Santa Cruz City Council candidates to talk about what they’ll do to build a healthy economy. He wants more housing and job opportunities for lower- and middle-class households.

Joey did not want to share his last name. He lives in his RV. At night, he parks on city streets. In Santa Cruz, that’s against the law.

Joey is a recent graduate of UC Santa Cruz. He used to live with his friends in a house on Meder Street. The rent was $5,800. They split it between about 10 people. Joey paid $750.

Joey said he felt like a shared room in a hectic house was not worth the cost. So he moved into his RV.

JOEY: I think one thing is like, if there’s going to be a university here, and there has to be an expectation that there’s going to be, like, a lower-middle class coming out of university that’s unprepared to just have a salary job. And I mean, that was my position. I finished with a degree in cognitive science, and then still found it really hard to find a job, like a salary job, which I was looking for, for a while. The one job that I did finally get was just — there were problems with that job.

So I eventually ended up moving into construction, which I really liked. And it gave me flexibility to work. But still, I’m making the most I’ve ever made, which is not a crazy amount, but it’s $20 an hour, but which would be good somewhere in like, I don’t know, like Oregon. But in California and specifically in Santa Cruz, the price of rent is just — it’s not possible to come out of university where you’ve already established your life, like your friends and your community and then be told, OK, well, now you have to live here. So you’re not told that but you’re, you’re kind of stuck here.

I mean, you could leave. You could go somewhere else. But a lot of people can’t. And I could. I could leave. But I’d be leaving my entire community behind. Which sucks.

KMG: Here’s what Santa Cruz County residents told us they want from local government. This list is based on 296 interviews and 150 survey responses. We collected this data in February, March and August of this year.

In order of frequency, residents want:

When we drill down to the cities, other themes pop up.

In Watsonville, many residents told us they want more youth activities.

In Scotts Valley, we heard a need for child care. Residents want affordable and convenient programs.

In Capitola, several residents told us about bad traffic around the village and 41st Avenue. Residents wanted better enforcement of speed limits in neighborhoods. Some felt scared to bike.

As far as schools, we heard a lot about teacher pay. From Watsonville to Santa Cruz, students and families are worried about teachers quitting. Residents want teachers to make enough to live here.

We also heard concerns about guns and campus safety. Residents told us how worried they are about school shootings elsewhere in the nation. They say they want to hear school boards’ plans to keep classrooms safe.

Some residents told us they want a broader curriculum. Some wanted more vocational training for students who may not go to college. Some people wanted more electives like arts and music.

And in South County, several students told us about a need for healthier lunches.

Our team came up with questions for the candidates. They’re based on the themes we heard from you.

We’re focusing on these races:

We’ve published those lists of questions on our website. The lists are part of a series of stories that detail what we heard in each city. Read them at SantaCruzLocal.org. The links are in the show notes.

We’ll also share an interactive table of all the issues we heard from residents this year. That’s in the transcript of this episode. That link is also in the show notes.

If you’re registered to vote in Santa Cruz County, you should get your ballot in the mail around Oct. 10. Be sure to check our nonpartisan Election Guide. It will be published soon at santacruzlocal.org/vote.

We do this work because we love Santa Cruz County. We want our Election Guide to be useful for you. We believe our local democracy works better when everyone is watching and involved, especially with elections.

I invite you to support our newsroom with a membership today. Go to santacruzlocal.org/membership.

The link is in our show notes.

Thanks to Trimpot for the music. Thanks to Oscar Rios for his Spanish interpretation.

Questions or comments? Email [email protected]santacruzlocal.org. Santa Cruz Local is funded by members, major donors, sponsors and grants for the general support of our newsroom. Our news judgments are made independently and not on the basis of donor support. Learn more about Santa Cruz Local and how it is funded. 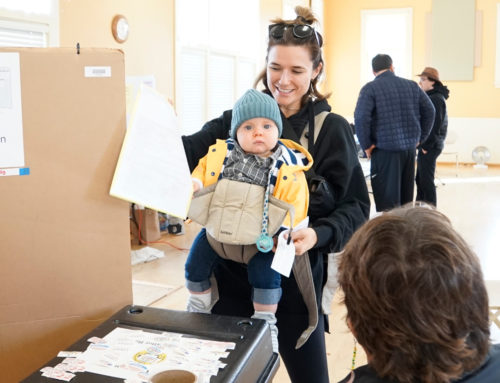