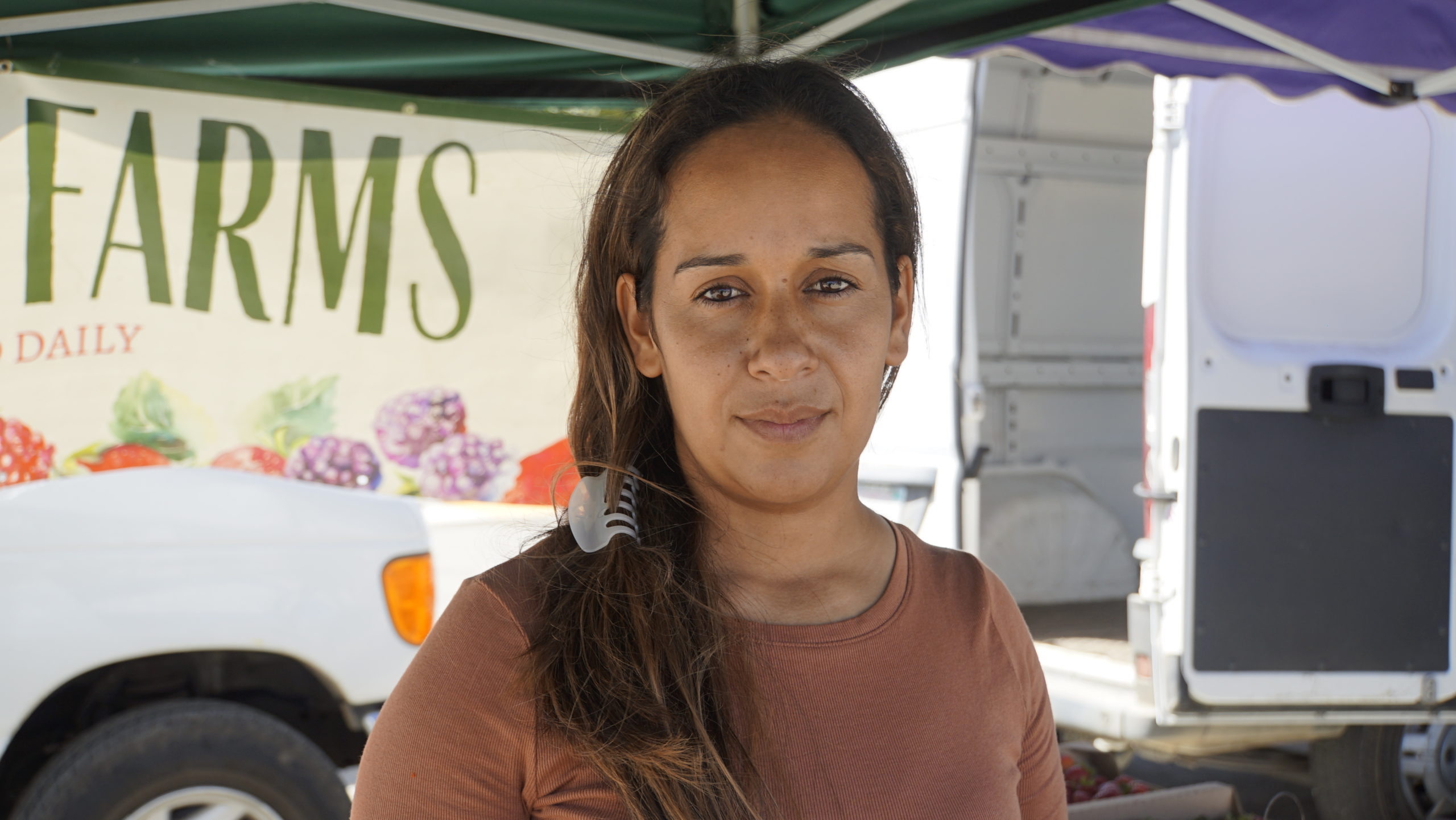 Watsonville resident Maria Martinez, 30, says she wants more city-sponsored youth activities. “Do something to keep the young people busy,” she said in Spanish. “There is nothing to keep them entertained.” (Kara Meyberg Guzman — Santa Cruz Local)

WATSONVILLE >> Ahead of the Watsonville City Council race in the Nov. 8 election, many Watsonville voters said they want the candidates to focus on rent help and activities for youth and families.

In August, Santa Cruz Local interviewed about 60 Watsonville residents about their priorities for candidates in the local races. The interviews took place at Watsonville farmers markets and other locations. Participants ranged in age from 10 to 81.

Enriqueta Rojas, 78, said in Spanish that she wanted more structured activities to “reduce delinquency in youth.” Rojas said Watsonville needed more after-school activities because many parents remained at work in agriculture in the afternoons.

Some students and parents said they wanted more sports, activities in parks and opportunities to make art.

Many young people and families said they wanted more stores and businesses that make Watsonville a fun place to hang out.

Lorenzo Holguin, 44, said he runs a nonprofit bicycle cooperative co-op in Watsonville. He said some young people hang out there, but there aren’t many places for young people to go. “There’s not much for the youth to do here,” Holguin said. “Why not bring back bowling?”

Of the 58 Watsonville residents interviewed, 15 said they needed help with rent. Many residents said they wanted better jobs and higher wages to pay rent.

Watsonville resident Margarita Sotelo, 51, said she earns $16 an hour at her full-time job at the County of Santa Cruz. She said she does not qualify for food stamps because she earns too much money.

The rent for her mobile home park space increased 5% this year, she said. She pays about $1,000 per month including utilities.

“I would ask [the city council candidates]: What are you going to do about rents?,” Sotelo said in Spanish.

Watsonville resident Fidel Guzman, 51, runs a landscaping business. He said he’s considering moving back to Mexico due to the high cost of rent and gas in Santa Cruz County.

Guzman earns about $3,000 a month. His rent for a three-bedroom house on Rodriguez Street is $4,000. He lives with his son and daughter, who also work for the landscaping business and pay rent. Guzman and his wife live in the garage so they can sublet a room to make ends meet.

He wants the city council to focus on the high cost of rent. “It’s so exaggerated,” Guzman said in Spanish. “We don’t know how to survive now in this place, how to live.”

An interactive table shows the top priorities and needs mentioned by Watsonville residents. Data is based on 96 interviews and survey responses. Data was collected in February, March and August 2022. (Kara Meyberg Guzman — Santa Cruz Local)