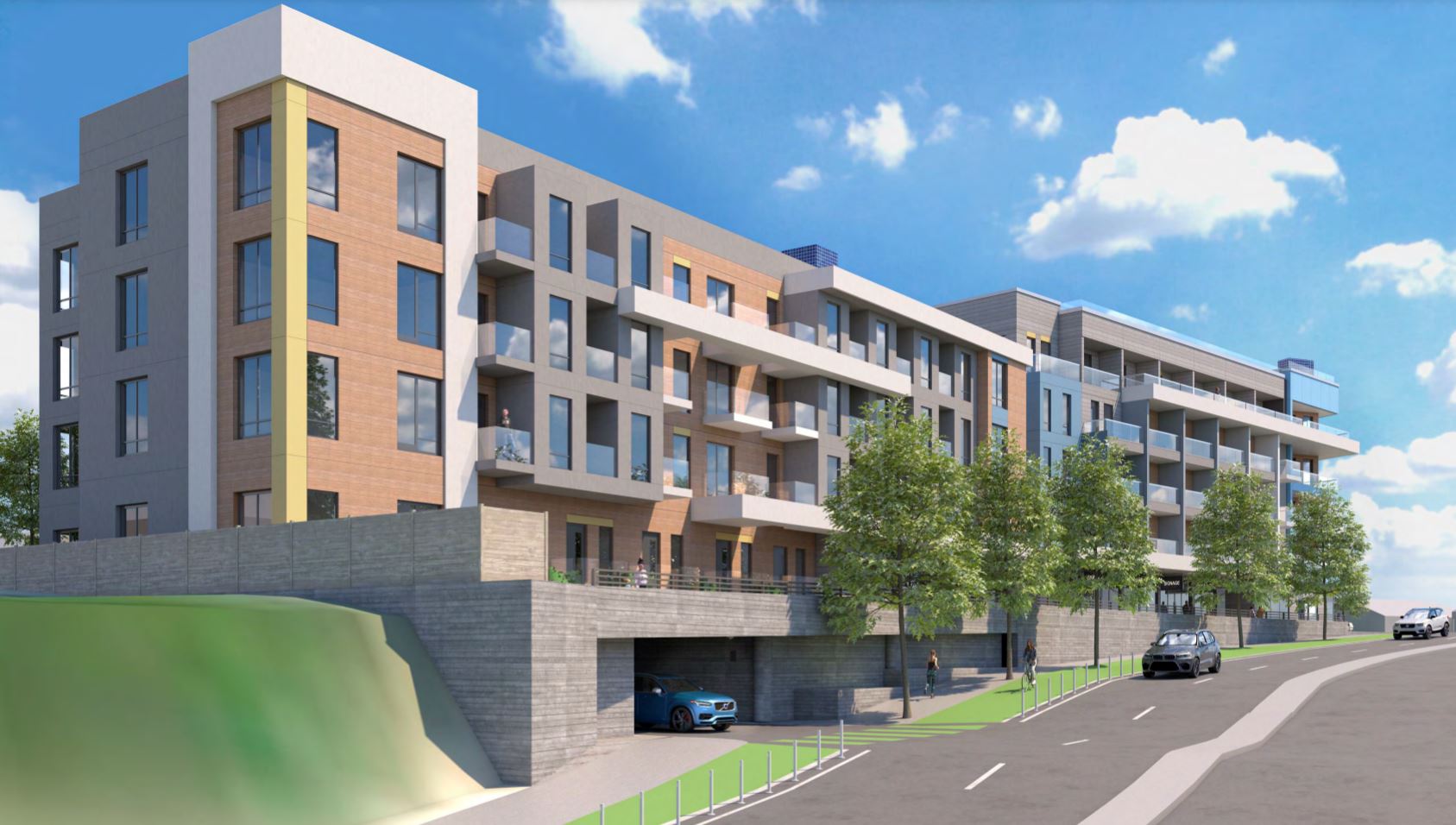 A proposal to build housing on Water Street was advanced by the Santa Cruz City Council on Tuesday. (Rendering: Novin Development and Lowney Architecture)

SANTA CRUZ >> A controversial housing project at 831 Water St. was advanced by the Santa Cruz City Council in a 4-3 vote on Tuesday.

The project is expected to build 55 to 82 apartments rented to people who earn 80% or less of area median income. The project also will include market-rate units. The number of affordable units will be decided by the state money the developer can secure, city staff said.

Santa Cruz Mayor Donna Meyers said that a threat of a lawsuit from YIMBY Law, or Yes in My Backyard, was a factor in her “yes” vote to advance the project. The group essentially has said that the council did not adhere to SB 35 when it denied the project Oct. 12. The law is designed to speed housing development and reduce the power of city councils to deny housing projects because of the state’s housing crisis.

“It’s just a disappointing outcome to be at this point,” Meyers said. She added that if the council continued to deny the project, a judge eventually could order a project “that is very close to what is proposed.”

Councilmember Shebreh Kalantari-Johnson agreed. “Although there are a lot of issues that we have with the process, I don’t think we have a real strong ground to reject this. I think standing to reject the project will not be successful and it won’t be ultimately in the best interests of the city and the residents.” Kalantari-Johnson said,  “I think it’s been very frustrating for everyone.”

Some neighbors near the site have panned the four- and five-story proposal in part because of concerns about traffic congestion, neighborhood parking, bike safety, shadows cast on neighbors’ homes, potential underground water problems and possible cultural artifacts on the site. The grounds of Branciforte Small Schools across the street were a Spanish settlement in the 1790s. The corner of 831 Water St. is now a strip mall with a car wash, convenience store and other shops.

Advocates of the project said that the site is across the street from the multistory Branciforte Small Schools that is similar in height. It is on a bus line, has bike infrastructure and is a few blocks from the job center of Downtown Santa Cruz.

City staff made several recommendations as the project moves toward a building permit: 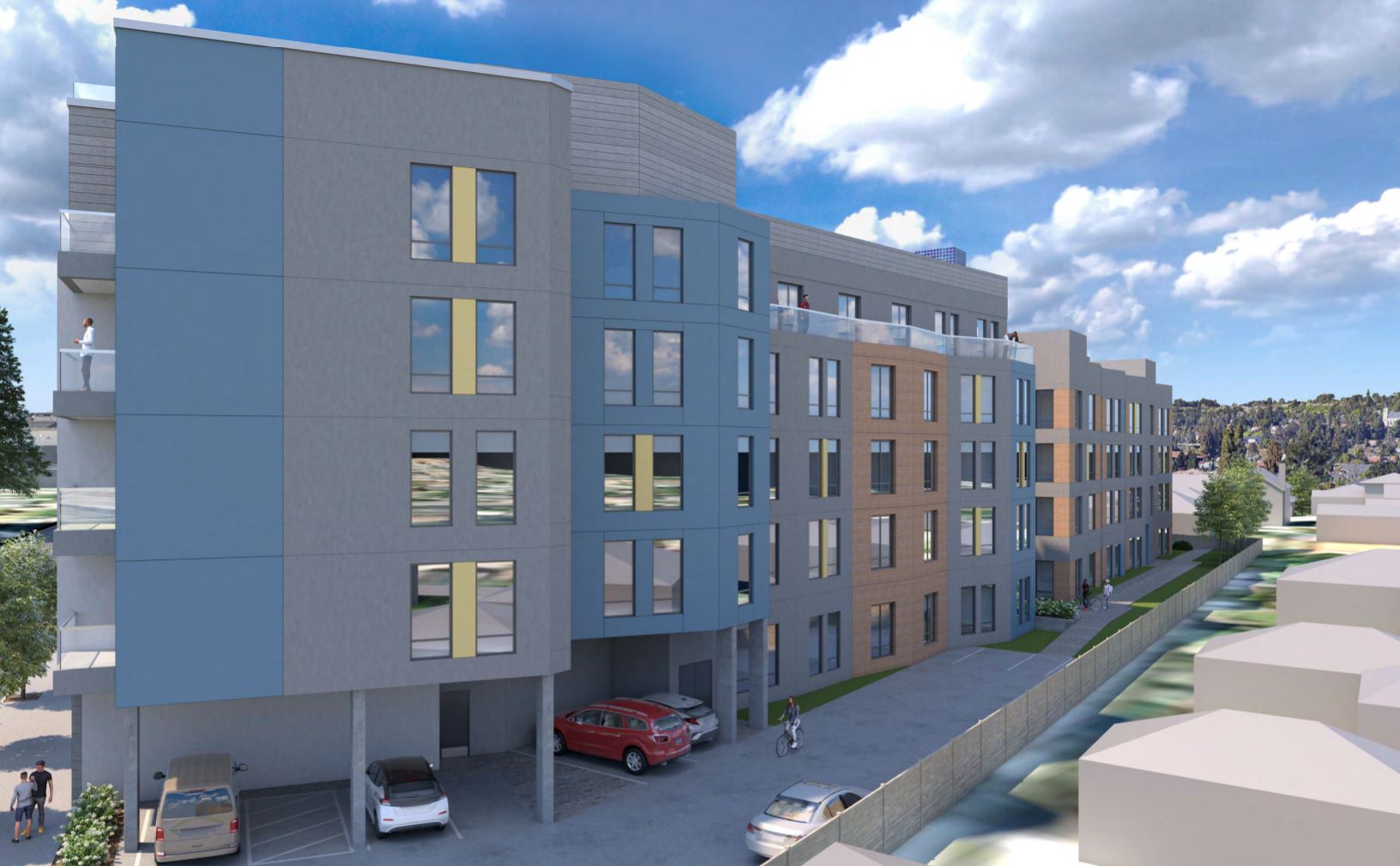 Single family homes and backyards are next to a proposed apartment complex at 831 Water St. (Rendering: Novin Development and Lowney Architecture)

During the building permit process, some residents concerns’ about underground water on the site and pedestrian safety on Water Street will be addressed, city staff said. Building permit approval is expected to be handled by city staff rather than the city council.

Andrew Barber said he lives on Catalpa Street a few blocks from the proposed project. “Where are my kids, your kids, going to live?” Barber asked during Tuesday’s council meeting. “There seems to be a misunderstanding of where these future occupants would live” if the project were blocked, Barber said. “They don’t cease to exist. They live in cars, vans, on couches, in school offices, stacked many to a house or have a long commute to work here.”

Brooke Matteson, an organizer of a group called 831 Responsible Development, told the council that nearly 600 residents signed a petition against the project. Matteson called the developer’s changing applications and project details “ill conceived” and haphazard. She said the project’s parking should not be approved on the hill at Branciforte Avenue and Water Street.

“It should be a simple and noncontroversial matter for the applicant to provide a single, coherent, comprehensive, consolidated and final proposal for the city and the community to review,” Matteson said. 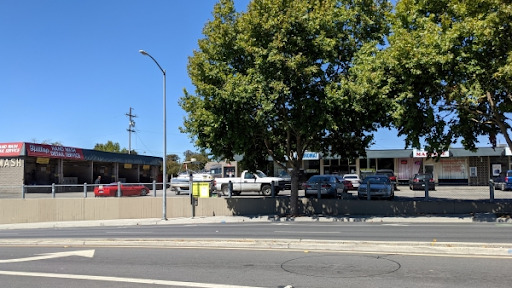 Correction: An earlier version of this story stated the wrong organization that threatened a lawsuit against the City of Santa Cruz. It is YIMBY Law.