SANTA CRUZ >> The Santa Cruz City Council on Tuesday delayed a decision on a controversial apartment complex proposed at 831 Water St. due to new details submitted by the developer last week. The council also approved an architect for a planned downtown library and discussed possible safe sleeping sites for homeless people.

The two-building, four- and five-story complex would replace a one-story strip mall at Branciforte Avenue and Water Street. The project includes 145 units, 71 of which would be affordable at rents based on area median income. Many neighbors are critical of the project’s size. Others support the project’s affordable units.

The council voted 5-2 to delay a public hearing on the project to Oct. 12 to give city staff time to evaluate the new details. 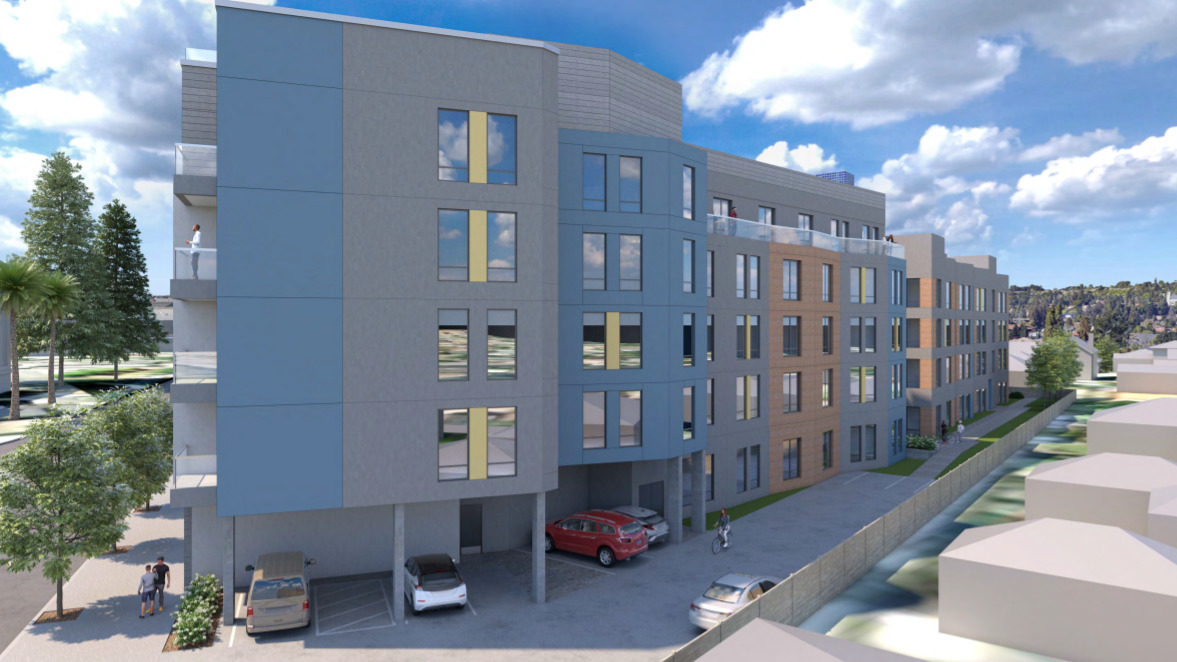 A staff analysis of the previous plans showed more than 100 instances in which the project did not meet the city’s objective standards. In an interview Thursday, Santa Cruz Principal Planner Samantha Haschert said that city staff had not fully evaluated the new plans and details submitted Thursday. Haschert said it was likely that the developer could meet most of those city standards.

One standard that may be more difficult, Haschert said, was a requirement related to street widths. City staff want the project to include a right-turn lane from Branciforte Avenue onto Water Street which would change the site design.

“I didn’t see that in this revised (plan) set yet,” Haschert said. The developer “could also come back and say they don’t agree that some of these are objective standards.”

Separately, the council on Tuesday approved a $2.2 million contract to hire San Francisco-based Jayson Architecture as the master architect for the new downtown library planned at Cedar and Cathcart streets.

The council voted 6-1 with Councilmember Sandy Brown against. Brown said she supported Jayson Architecture but sided with residents opposed to the size and location of the project.

In June 2020, the council approved the concept of a one-story library with affordable housing above and a maximum 400-space parking garage adjacent. About 50 to 107 affordable units are planned for people who earn less than 50% of area median income.

The cost of the architect mostly would be covered by the Measure S parcel tax approved by Santa Cruz County voters in 2016. City funds also would be used to cover some architecture costs related to areas near the garage and housing, city staff said.

Several downtown library meetings are ahead:

In early 2023, city leaders expect to begin work on a new vision for the city’s current downtown library site at 224 Church St. In June, consultants recommended a ground-floor community or commercial space with affordable housing above and a plaza that could be used for a farmers market. The council has not yet voted on the issue.

Armory could be used for safe sleeping site

City leaders are considering the National Guard Armory in DeLaveaga Park as a possible overnight sleeping site for homeless people. A new city law requires city leaders to open a safe sleeping site for at least 150 people and a storage center before limits on camping can be enforced.

Tuesday, Deputy City Manager and Planning Director Lee Butler said that city staff could open a shelter at the armory in December and are trying to avoid displacement of shelter residents.

The council did not take action related to safe sleeping or storage sites Tuesday.

City leaders will host a public hearing on the transition to district elections at 10 a.m. Saturday on Zoom. Spanish translation will be available. Join the meeting online.

Santa Cruz and many other cities have at-large elections, where residents from anywhere in the city can vote for any candidate. With district elections, the city is divided into geographical districts and voters in each district choose a council member that lives in their district.

The proposed change was spurred by the threat of lawsuit from a Santa Barbara-based law firm that alleged that Santa Cruz violated the California Voting Rights Act by not adequately representing Latinos in the city.