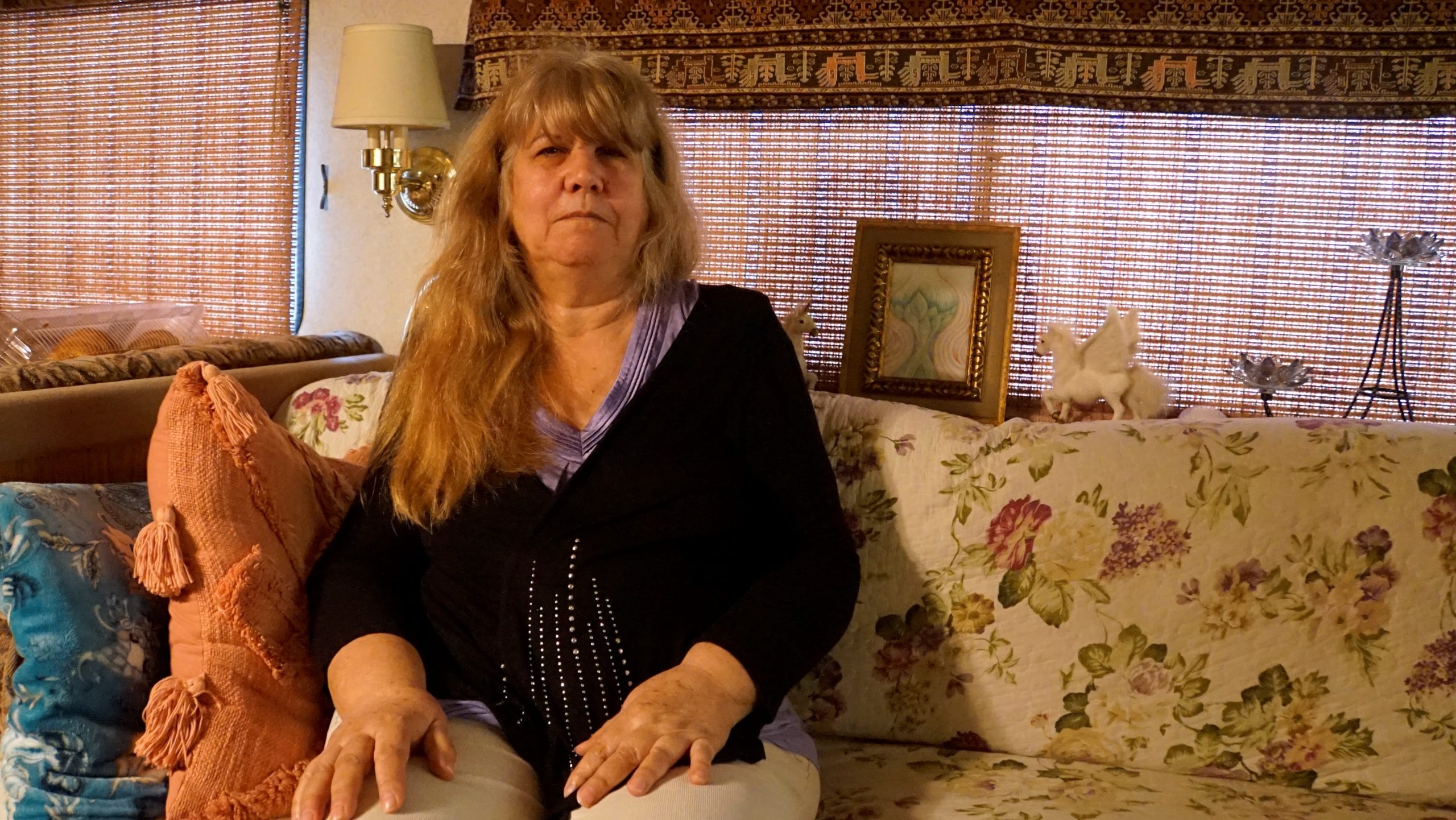 Why we wrote this story: When we write about big decisions in local government, we want to hear from people most affected by those policies.

SANTA CRUZ >> Silvana Hay, 65, said her dream is to get a housing voucher and find a stable apartment in Santa Cruz.

Hay grew up in Santa Cruz and lived in apartments around Santa Cruz County until she became homeless in 2010. Hay was a caregiver and could not find enough work to afford rent. She began to sleep in her car. Years later, she got an RV. Now, she lives on a fixed income from disability insurance. She hopes to get off the waitlist for a Downtown Santa Cruz mobile home park for people with low incomes.

Hay was one of several RV owners parked on Encinal Street in Santa Cruz’s Harvey West neighborhood on Tuesday. She is one of many people who live in their RVs who will be impacted by new limits on overnight parking adopted by the Santa Cruz City Council on Tuesday. The law takes effect Dec. 9.

“Oh God, I guess we’re doomed,” said Hay, the RV owner, when she heard the details of the proposal. She has a post office box, but no permanent street address, so she will not be able to buy a parking permit. She said she didn’t want to comment at the online city council meeting because she had “little faith” that she would be heard.

The new law came in response to many hundreds of Westside residents’ concerns about trash, waste and crime related to people who live in their vehicles. “I can see their point,” Hay said of the complaints about trash. “I hate it too.”

Hay said she thinks more dumpsters in areas where RV drivers park would help the problem. She tells drivers who litter to pick up their trash, and when they don’t she uses a pickup tool to clear it herself. Drivers who litter are “making it hard on me,” she said. “I’m categorized with all the rest.”

Hay often parks in Harvey West or on Delaware Avenue on the Westside. She said she has not tried to enroll in a safe sleeping program since those programs require drivers to move each morning.

“It’s back and forth, back and forth. I don’t have money for gas. All my money is going for gas. I’m not kidding. It’s hundreds of dollars a month,” Hay said.

Hay said since her RV takes up two parking spaces, she gets $50 parking tickets almost monthly. She said she pays her tickets despite her limited income. She can’t afford to have her RV impounded, she said.

Cummings said city policy should address “problematic RVs” rather than all of them. “But this ordinance really targets any vehicle over 20 feet, even those people who are not problematic or homeless,” Cummings said.

Kalantari-Johnson said the law is “the first step.” She said, “I’m hopeful that we will be moving forward with a services-oriented approach and we will get folks into a pathway to housing, which is ultimately what we want to be working towards in everything that we do.”

Santa Cruz resident Hollis Molloy spoke in Tuesday’s meeting to express his support for the law.

“There is a huge distinction between the unhoused and these problem RVs that the police and the Westside are dealing with right now,” Molloy said. “People who simply are in their vehicles living unhoused do not get the police called on them. They do not disrupt public peace and they are not the issue we are complaining about. What we are complaining about is the problem RVs. That is drunk and disorderly conduct, child endangerment, environmental issues.”

With the limits to RV parking, Kalantari-Johnson, Brunner and Golder last month also proposed an expansion of the city’s safe parking programs for people who live in their cars. Their proposal, approved by the council Oct. 26, includes:

Separately, Deputy City Manager Lee Butler announced Tuesday that city staff are working to create more sanctioned homeless camps. A recent city law that limits where and when people can camp requires the creation of a storage program and 150 safe sleeping spaces for the limits to take effect.

Ongoing funding sources for these programs have not been identified.