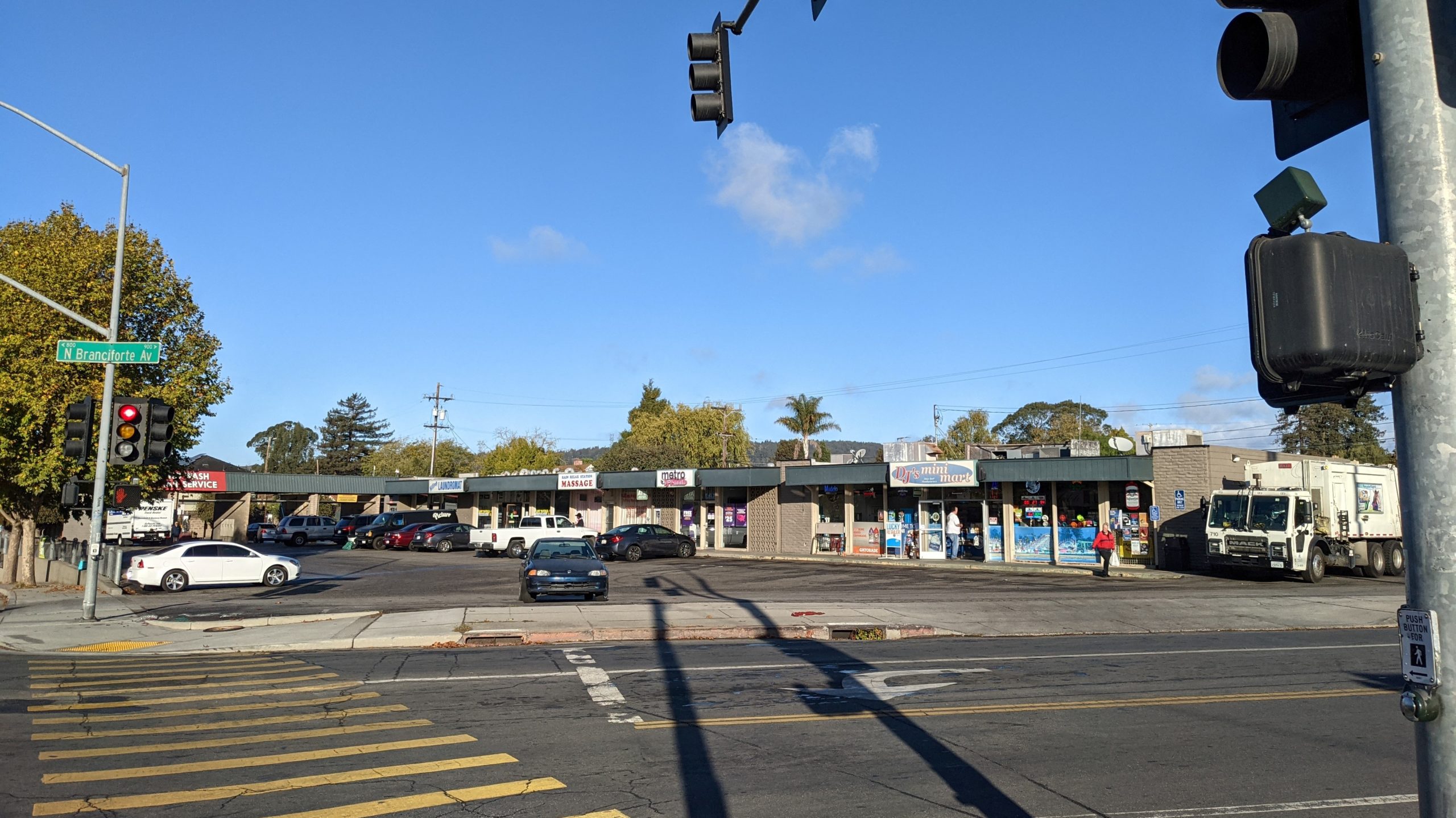 SANTA CRUZ >> After a mixed response from the Santa Cruz Planning Commission, a public meeting on Wednesday, Nov. 10 is expected to explain some proposed housing design standards and a separate plan to allow more homes above shops on busy Santa Cruz streets.

At a Nov. 4 Santa Cruz Planning Commission meeting, city planning staff presented some of the proposed objective design standards for multi-family homes outside of downtown. Separately, the staff also described a proposal for six new mixed-use zone districts along parts of Soquel Avenue and Mission, Ocean and Water streets. Both plans are meant to guide future housing developments and adhere to community values and the city’s design aesthetic.

While the proposed objective design standards and mixed-use zones aim to increase affordable housing, some complaints already have arisen because of similarities to the Corridor Plan. Years in the making, city leaders scrapped the Corridor Plan in 2019 after many Midtown Santa Cruz residents’ opposition to more potential traffic and parking problems.

Why the need for objective design standards?

Community feedback included a survey of 819 residents across demographic backgrounds, as well as focus groups with communities including students, Latino residents and low-income households.

“Overall, what we heard from our focus groups was that we should, in these standards, we want to prioritize affordability. We want to be looking to create livable and newer housing,” said Sarah Neuse, a city of Santa Cruz senior planner.

The new designations bring the zoning code into alignment with the 2030 General Plan and the Ocean Street Area Plan.

Zones for shops and housing

Separate from the proposed objective design standards, city staff has proposed some mixed-use zones that would allow businesses and housing. “We want to make sure that there’s space for businesses moving forward and that as redevelopment happens, there are places for businesses to go,” Neuse said. 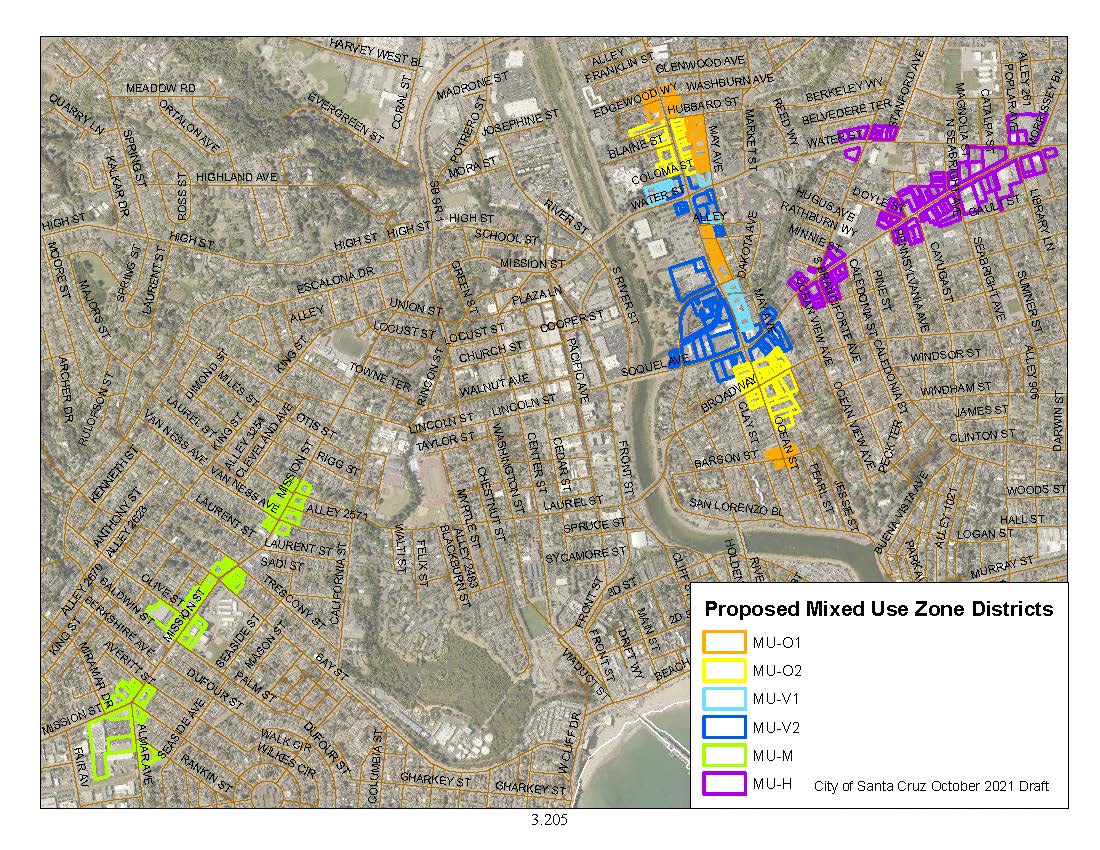 The new zones are nearly identical to ones proposed in 2015 as part of the Corridor Plan, an earlier effort to reconcile zoning codes with the higher density called for in the General Plan. In August 2019, the plan was killed after years of pushback from Midtown residents.

Planning Commission Vice Chairman Peter Spellman, an architect, agreed that the new standards and zoning were “definitely a continuation,” of the Corridor Plan. “We’ve lost quite a bit of time in the interim from squelching that process, and we’re having to pick up and sort of be forced, based on state law, to address many issues,” he said.

Spellman also stressed the need for more public outreach for community feedback. “Understanding who is not represented allows us to go out and make those voices heard,” Spellman said.

Commission Chairman Andy Schiffrin said the proposed standards are not comprehensive enough. He presented additional suggestions for design standards related to affordability and environmental standards. Neuse said some of those suggestions are already covered by existing laws.

Schiffrin wanted to make the standards restrictive enough to provide the public “some assurance that new development is not going to overwhelm the community.”

Resident Lira Filippini called the implication “misleading,” saying that projects which qualify for the state’s density bonus law allow more market-rate housing to be built. She said it would decrease the percentage of the city’s housing stock which is affordable.

“We’ve really come full circle to where we were with the Corridor Plan,” said Candace Brown, a member of the city’s Transportation and Public Works Commission. Increasing housing density on corridor roads without sufficient parking and shops could create “commercial dead zones” and negatively impact walkers and cyclists, she said. Brown said hundreds of residents and business owners signed a petition that opposed higher density construction on Water and Soquel avenues. “Now we’re dealing with a plan that’s even more impactful than the original plan,” Brown said.

Planning Commissioner Miriam Greenberg said she agreed with several public commenters that “focusing on production does not ensure that affordability is going to be accompanying that.”

“If we were operating in an environment in which much more state and federal funding for affordable housing, and larger trust funds for the Affordable Housing Trust Fund, it’s more conceivable that we would have more dense, affordable development,” she said. Greenberg suggested imposing a higher inclusionary rate of affordable housing in new developments of 25%.

Dena Belzer, a city consultant with Strategic Economics, Inc. hired to assist with the objective standards, responded to Greenberg’s concerns, saying that the construction of new market-rate units provide a “filtering effect” by relieving market pressure on the rest of the housing market. “There’s a lot of indirect affordability that gets created across the spectrum,” Belzer said.

City staff plan to host more community focus groups before returning to the Planning Commission with a revised set of standards in early 2022. Once approved by the commission, the rules will advance to Santa Cruz City Council for approval.

More information about the proposed objective standards is on the city’s website.

Editor’s note: This story has been updated to correct the spelling of Lira Filippini’s name.