The city council unanimously approved an after-school child care program for Vine Hill and Brook Knoll elementary students, to be run by the Boys and Girls Clubs of Santa Cruz County. The program is expected to run through the 2021-2022 school year, with the option to continue the partnership in the future, City Manager Tina Friend said.

Over the past year, the city’s fee-driven recreation fund was severely impacted by pandemic-related shutdowns, pushing Scotts Valley to outsource operation of its eight-week summer camp to the Boys and Girls Clubs. When the academic year begins, the plan is to expand from one child care center in Scotts Valley to three centers, including a space at Vine Hill Elementary.

After-school care will cost about $25 per week, and families can sign up with the Boys and Girls Clubs of Santa Cruz County.

Scotts Valley’s Skypark will reopen by next month, City Manager Tina Friend told city council members on Wednesday. The park had been closed since the CZU Lightning Complex Fire last summer, when it was damaged while being used as a base camp for firefighters.

Over the last several months, the park grounds have been leveled, mowed and re-seeded. City officials are just waiting for the grass to grow back “strong enough to be able to sustain” the usual level of community use. “It will be no later than Sept. 20,” Friend said. “We’re on the final stretch.”

City officials will file a claim with the state to be reimbursed for the costs associated with repairing SkyPark.

City leaders previously estimated the cost of repairs at $1.2 million, with an expectation that FEMA would reimburse 75%. FEMA shifted those claims to the state, which caused a delay.

New city manager to be hired

Scotts Valley City Manager Friend was appointed the new city manager for Coronado in San Diego County in July. She is expected to start in September.

“I have to say, when I first saw the job announcement come through, I said, ‘No way, this is unbelievable,’” Friend said at a Coronado City Council meeting July 20 before the vote to appoint her. “Coronado comes up once in a decade. It’s a remarkable community. I said, ‘I have to try to get this opportunity.’”

Friend’s salary in Coronado will be $250,000 plus benefits and up to $20,000 in relocation reimbursement, the Coronado City Council approved July 20. During a closed session of a June 2 Scotts Valley City Council meeting, the council approved a raise for Friend from $16,577 per month to $18,276 per month, according to the meeting minutes. That would have brought Friend to an annual salary of $219,312.

Scotts Valley Police Chief Steve Walpole presented an annual report Wednesday on crime trends, arrest demographics and organizational changes in the city. He and council members credited the police department with keeping the city safe while dealing with a pandemic, staff shortages, wildfires and evacuations, civil unrest and other challenges.

Some highlights from the 2020 Scotts Valley Police year-end report: 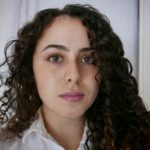