A pool of about $387,000 would be set aside for Scotts Valley businesses. That sum is based in part on sales tax receipts, said Scotts Valley City Manager Tina Friend. As loans are repaid, that money would be made available for new loans. The program does not have an end date.

Mayor Derek Timm served on a Scotts Valley economic recovery committee that worked on the plan.

“From our business community, this has been something that they’ve been waiting for,” Timm said. “There are people that have their applications ready to go and they were looking forward to us having this on the council agenda so we could get it approved so they could get their application in and get the funds they need to keep their businesses afloat. This is one of those last-mile options for businesses to get them out of the pandemic.”

The proposal calls for the cities of Scotts Valley, Watsonville, Santa Cruz and Capitola and the County of Santa Cruz to enter into an agreement with the Santa Cruz Small Business Development Center and the National Development Council. The council’s vote Wednesday allowed the city manager to enter the agreement, but did not finalize the details of the program.

Staff of the cities and the county would be obligated to market the program and refer businesses. The cities and county would not have a financial stake or administrative responsibility. The Scotts Valley Chamber of Commerce has offered to help with marketing and referral, Friend said.

Fourth of July parade on track

City leaders recently announced that the Fourth of July parade will resume this year. Parade applications are open and at no cost. 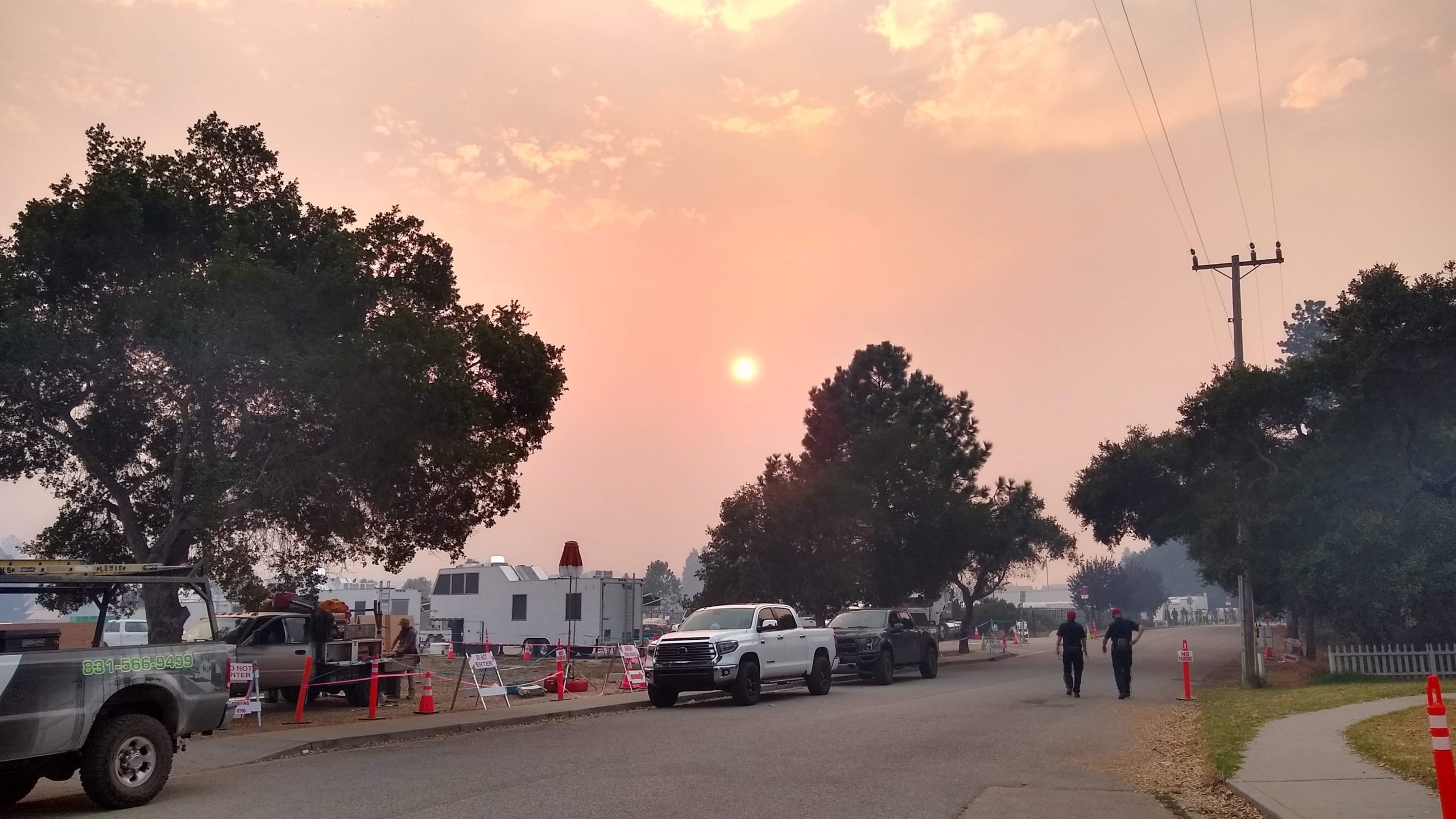 A command post and staging area at Skypark in Scotts Valley hosted fire and law enforcement agencies from across the state during the CZU Lightning Complex Fire in August 2020. (Stephen Baxter — Santa Cruz Local)