SANTA CRUZ >> The Santa Cruz City Council on Tuesday canceled a new law that would have limited where and when homeless people can camp and required tents to be removed each morning.

The new law had not yet been enforced. Instead, the city council told staff to create a “safe sleeping” program with broader restrictions to come on sleeping on sidewalks and other areas.

The council has received hundreds of emails of opposition in recent weeks — many from residents who did not want to see camping in their neighborhoods due to safety and hygiene concerns. Others called for a more compassionate approach that included services and long-term solutions for homelessness.

The council was set to discuss changes to the law Tuesday night, but instead Mayor Donna Meyers began the session with an apology. “It is very clear to me that we have not gotten this right, and I believe we all see value in acknowledging that up front,” Meyers said.

“This is a very difficult policy to develop and there has been a lot of confusion generated in the efforts so far and I just want to apologize to our community for that,” Meyers added.

Meyers said a law to address large unsanctioned homeless camps is still needed, but the policy needs to be clearer for the community to understand and for the staff to manage. 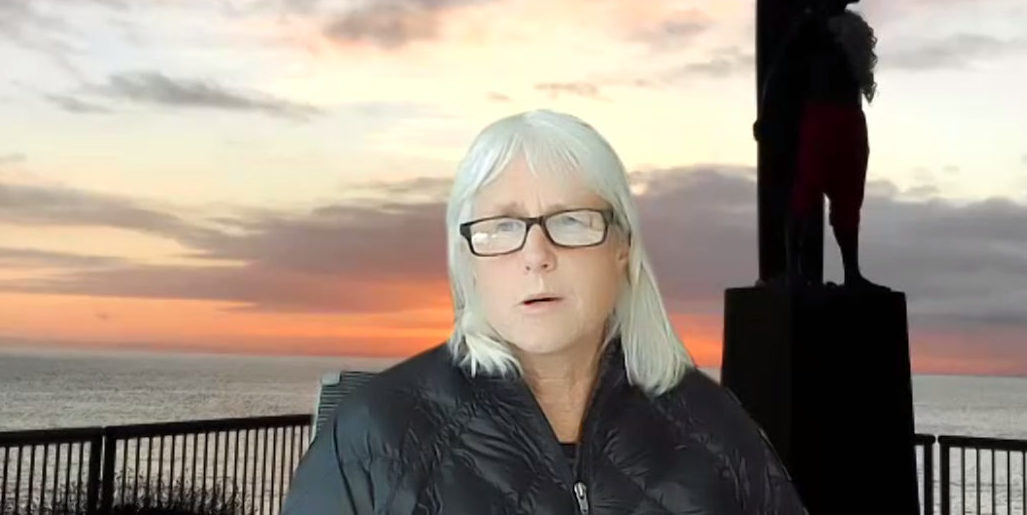 The council voted 5-2 for a new policy direction that prioritized the establishment of shelter and sleeping sites and community input. That direction included restrictions on daytime camping but the council did not detail specifics Tuesday. A new proposed law with more details is expected to be considered May 11.

The new proposal calls for:

Brown and Cummings said they supported community engagement, the safe-sleeping program and the cancellation of the previous policy. Brown said she could not support the restrictions on camping until more details were available. Cummings wanted the establishment of a council committee to lead community engagement and draft the law. He also wanted enforcement of camping rules to be tied to Santa Cruz County’s level of COVID-19 risk on the state’s tiers for economic reopening. 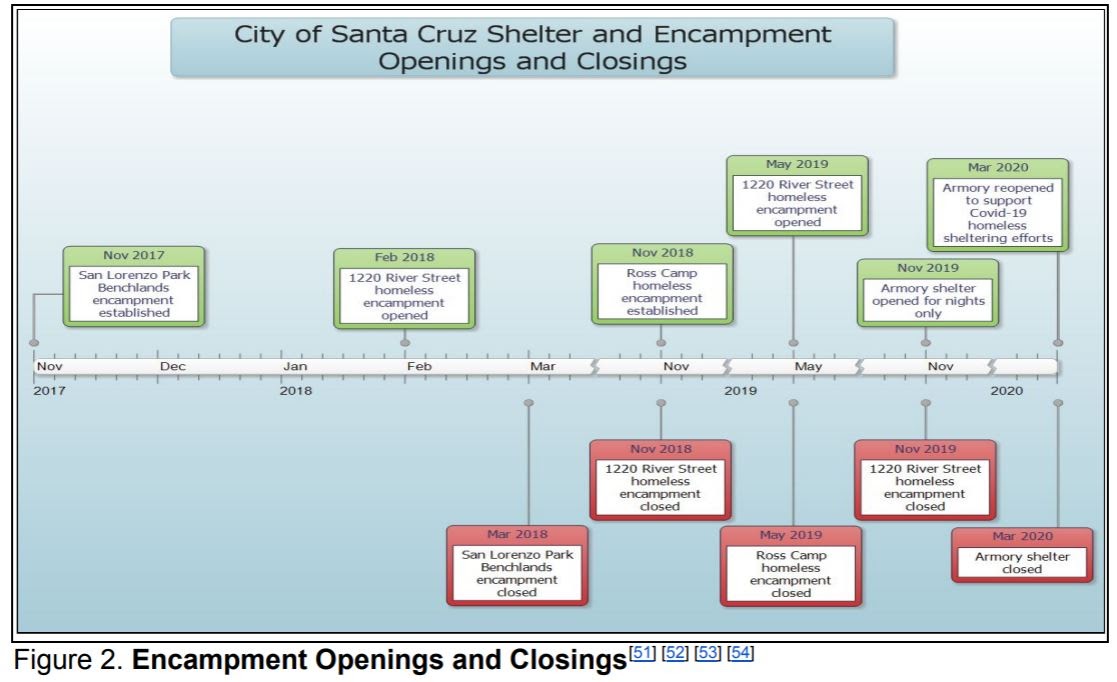 Santa Cruz officials have struggled to close large unsanctioned homeless camps along the San Lorenzo River for years. The latest examples are camps at San Lorenzo Park and at Highways 1 and 9, which have remained for several months. A major hurdle for city officials is a lack of available shelter beds.

In recent weeks, the council has attempted to craft a policy to prevent large homeless camps and provide some available beds or sleeping sites. The council has received nearly 2,000 emails and heard from dozens of speakers on the issue.

According to the latest homeless point-in-time census from January 2019, the city of Santa Cruz had 865 unsheltered homeless people.

Sonia McMoran, owner of Home/Work, a Midtown home decor store, said she wanted to see the city address sanitation in areas where camping would be allowed. She also said she wanted county leaders to enact “real solutions.”

“Midtown currently has no public restrooms and a single public garbage can for shop fronts. Parking lots and landscaping have become the only option for someone to relieve themselves of all manners of waste,” McMoran said.

“Asking people to move out every morning is not sustainable or realistic. We need affordable housing and shelter built and we need them now,” McMoran added.