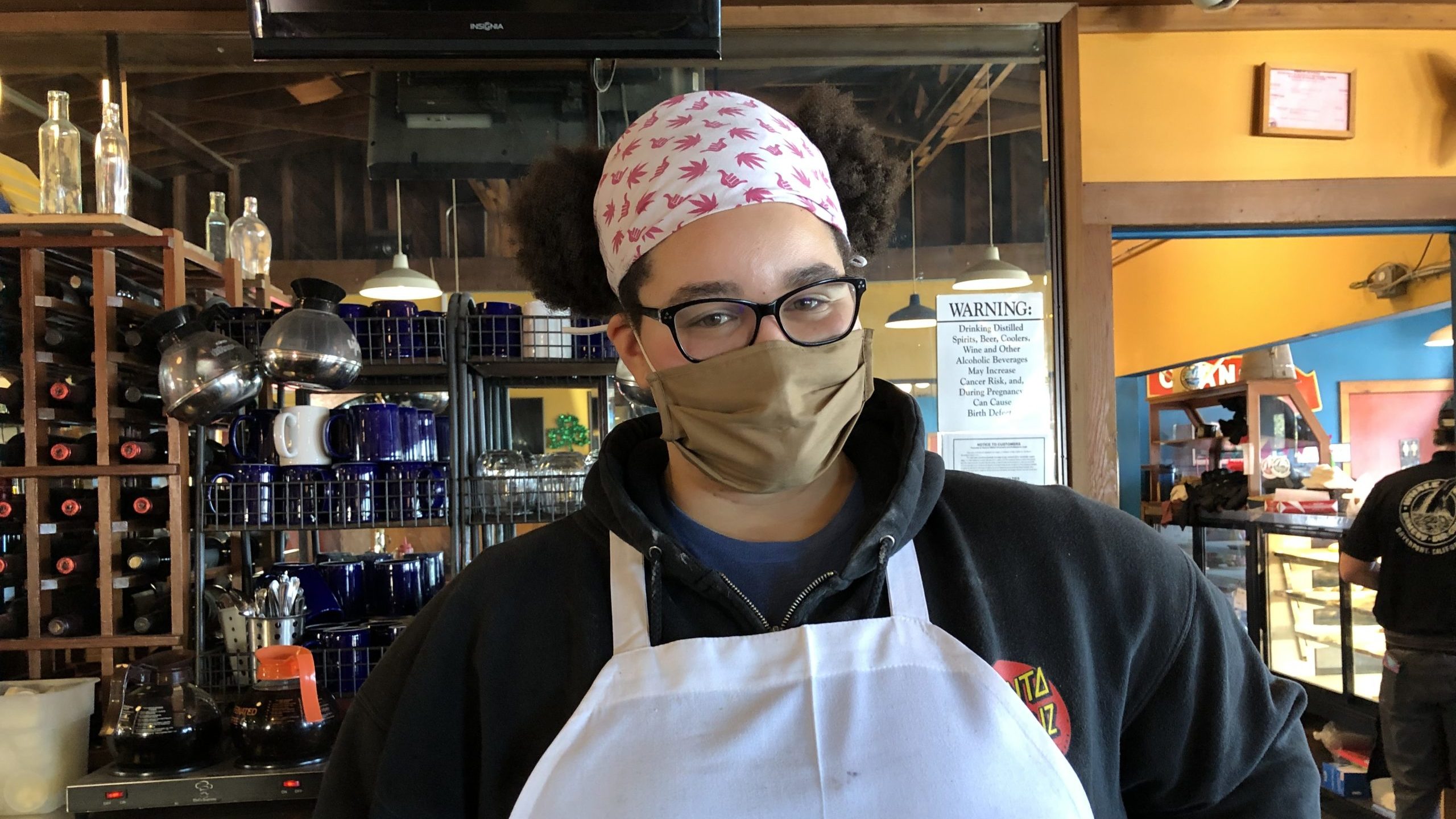 Get informed on the June 7 local election

We break down the primary elections for District 3 and District 4 Santa Cruz County supervisor. We also explain five local ballot measures.
Get informed on the June 7 local election

We heard from people ages 19 to 85, most of whom said they were registered to vote. District 3 includes Bonny Doon, Davenport, the North Coast and most of the City of Santa Cruz. The District 3 supervisor is Ryan Coonerty. Coonerty is not running for re-election.

We interviewed District 3 residents at:

The residents’ priorities below are listed in order of frequency.

The most frequently mentioned priority across all our surveys and interviews in District 3 was a desire for diverse solutions to the housing crisis. Residents said that in-law units, tiny homes and market-rate and affordable housing development were among the solutions.

People said they are frustrated with red tape and delays with permitting for housing. Santa Cruz resident Deborah Lindsay, 55, wants Santa Cruz to make it easier to create more affordable housing by making it easier to build in-law units and implementing rent control. “I know a lot of people who have been long-term residents [in Santa Cruz] and can’t afford to live here,” she said. “That’s including professionals that make decent money — people who can afford a Tesla but not a house.”

Santa Cruz resident Elisabeth Morris, 25, is a designer. She said she wanted a candidate “who has come to terms with the realistic fact that Santa Cruz is growing and we need to handle the population influx with grace, foresight, and efficiency.”

“I want candidates to talk about affordable housing, public transportation and local small businesses. I believe all these issues are hinged together as the future occupants of affordable housing will be the most likely to support our local small business economy if their housing is near those businesses and/or well connected to them by public transportation,” Morris said.

Some people called for more development of housing at various levels, including market-rate. Others didn’t agree.

A need for rent assistance

A need for rent assistance was the second most-cited priority we heard from District 3 residents.

“The rent is too expensive. The salaries are too low,” Espino said in Spanish. She’s able to afford it because she lives with her two daughters who share the cost.

Santa Cruz resident Jeronima Rodriguez, 52, said she works as a house cleaner and has two children. She pays $3,000 for a three-bedroom home and her biggest need is help paying rent.

“Rents are so expensive and they’re rising,” Rodriguez said in Spanish. “The cost of food is also rising. There’s just so much. Our salaries are very little. We don’t have enough.”

Another top priority among District 3 residents was a desire for progress to address homelessness rather than what they saw as temporary fixes.

Small business owner and registered District 3 voter Al McDaniel, 64, said he wants “more housing for the homeless. It should be homes, not tents.”

Residents in District 3 mentioned the need for more coordination for mental health or addiction services in our county community. Many Santa Cruz residents emphasized the need for services for the unhoused.

“I know that it’s a real issue for a sizable segment of the population and the residents that live here,” Hull said. “Housing has become so expensive that a lot of very intelligent, very creative people cannot afford to live here. And I’d hate for Santa Cruz to turn into Carmel or Los Gatos. It’s the people who often have very creative positions who have difficulty getting enough income to stay here.”

Other survey respondents said they struggle to get by on hourly wages.

Santa Cruz resident Erika Rosales, 23, earns $15 an hour at a restaurant. She said she works part time because she can’t afford child care. She pays $1,500 a month for a studio apartment.

“The rents are just so high. And the jobs, they don’t pay you enough,” Rosales said in Spanish.

“I have my daughter and gasoline and child care are so expensive. What I make, I’m paying for child care and the rent. It’s a lot,” Rosales said.

Beach Flats resident Sonia Escobar works at the Dream Inn and earns $16 an hour. She and her husband pay $4,000 a month in rent. To afford it, she works overtime as much as she can and they sublet a room for $1,000.

“The inflation is really bad right now, but we’re making the same” income, Escobar said in Spanish. When the state’s minimum wage increased in January to $15 for larger employers, she did not get a raise, she said. “The minimum was raised, but not for me,” Escobar said. 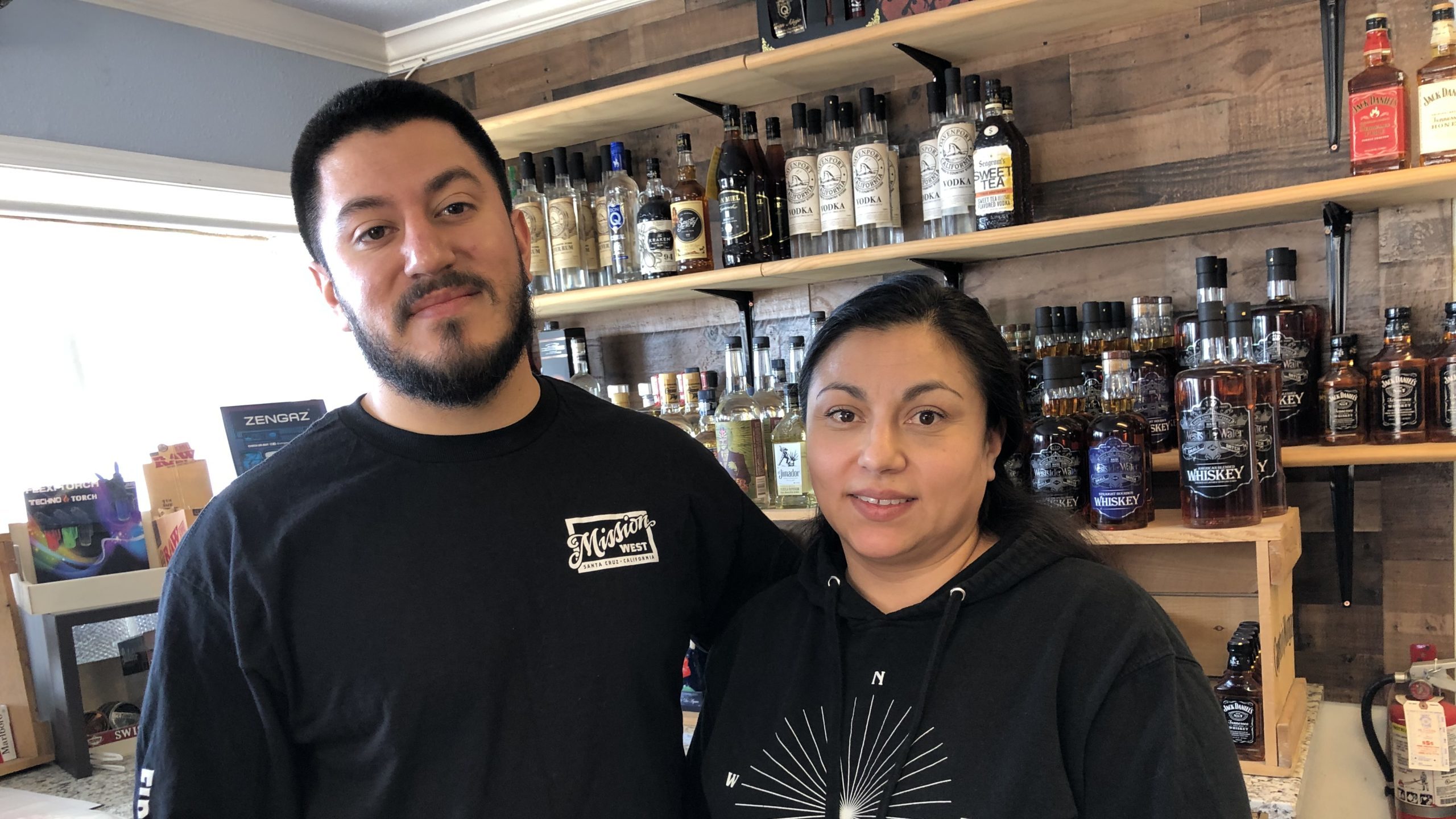 Davenport resident Bernadette Delgado, 44, owns Arro’s Country Store and La Patrona Taqueria in Davenport. She said people camp across the street from her businesses and she wants Sheriff’s deputies to “stay on top of where they set up camp, how long, and what’s going on. There’s no police presence here,” she said. “It takes hours when we call or they don’t come at all. I wind up having to be the neighborhood watch.”

Swanton Road resident and registered District 3 voter Susan McCrary-Huff said road conditions were “horrific.” McCrary-Huff is a co-owner of Westside Farm and Feed in Santa Cruz.  “The road situation really drives me crazy,” McCrary-Huff said. “I remember when I was a kid every spring they’d mow down Swanton Road and patch holes. They haven’t done anything for years. There’s potholes you’ll break an axle in.”

Registered District 3 voter Jasmine Sanders, 25, is the head baker at Whale City Bakery Bar & Grill in Davenport. She lives in Bonny Doon. She wants improved cellphone service in Bonny Doon for emergencies. “You have no signal there. None at all,” Sanders said. During the CZU Lightning Complex Fire in 2020, she couldn’t communicate with her neighbors.

“That would be nice to have a tower up there. Because I’ve been stranded on the road, just popping a tire. And I can’t communicate and I had to wait for somebody to pull over to help me out,” Sanders said. Sanders added that since the wildfire, her family has been unable to get homeowners insurance for a house.

People who lost their homes in the CZU Fire are struggling to get permits to rebuild. In a Davenport North Coast Association poll shared with Santa Cruz Local, one CZU Fire survivor wrote that the process has been a “headache” and “makes losing our home more painful than need be.” “Why are we having to pay any permit fees for rebuilding if we had a valid permit at the time of the fire? Why isn’t there a special category for rebuilding due to catastrophes, (such) as fire or earthquakes?” they wrote.

Several District 3 residents described a desire for improved bike and walk infrastructure and public transit. “The traffic is frightening,” said Andrea Greenspan at the downtown farmers market. “It’s a conundrum.”

Susan Vavalieri, 70, is a retired nurse and registered District 3 voter. She doesn’t have a car. “I gave it up for the climate. [We need] public transit, separated bike lanes,” she said at the Downtown Santa Cruz farmers market. “If we don’t change the way we live today, we will not have a future. I’m scared for my grandchildren.”

Santa Cruz resident Susan Freeman, 74, is an educator and registered District 3 voter. “We need a fully coordinated, cross-community approach to the climate crisis — water usage, energy resources, transportation, natural disaster response,” Freeman wrote in an online survey. “It’s not enough that a small percentage of residents can afford Teslas and solar panels. We need solutions that are more inclusive and benefit residents in all the county communities.”

A draft for our People’s Agenda

Our questions for the District 3 county supervisor candidates are based on themes we heard from District 3 residents. We call this list our “People’s Agenda.”

District 3 residents, what are your thoughts about our People’s Agenda? We invite you to take our online survey. Your feedback will inform our reporting for the Nov. 8 general election.

Below is a summary of the responses we’ve received as of March 11.

Editor’s note: Oscar Rios was Santa Cruz Local’s Spanish interpreter for this story. Co-author Kara Meyberg Guzman is a member of the Rise Together coalition to advance racial equity that participated in survey distribution.