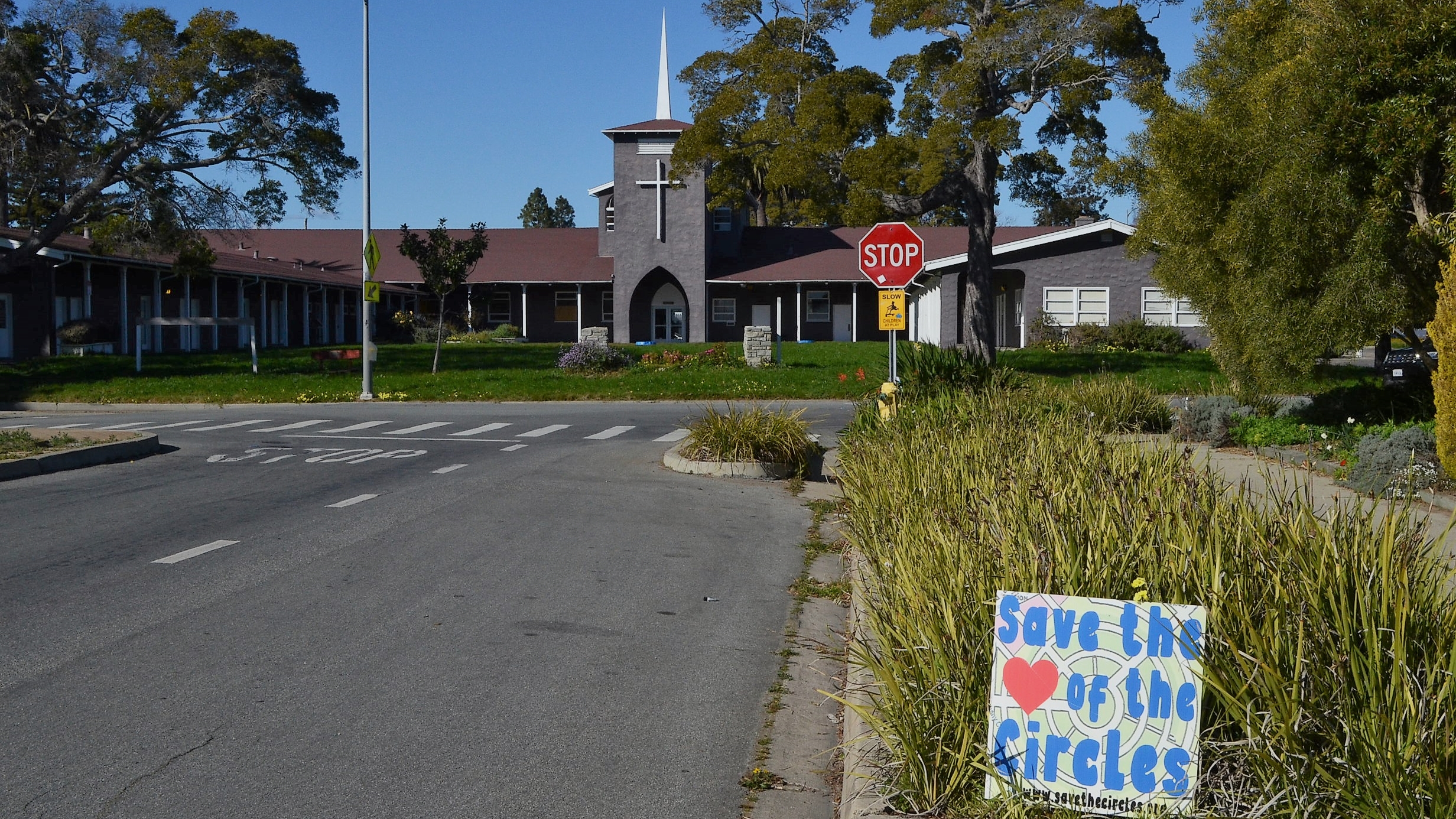 The Circle Church at 111 Errett Circle in Santa Cruz is slated to be redeveloped into 12 homes. (Stephen Baxter — Santa Cruz Local)

SANTA CRUZ >> Nearly two years after the Santa Cruz City Council cleared the way for the redevelopment of 111 Errett Circle, the 63-year-old church at the center of the property remains standing as developers await demolition permits from city officials.

A group of 12 investors called Circle of Friends LLC bought the property in 2017 for about $3.3 million. Their plan is to build a co-housing community where individual homes share a portion of their property. The project will include 12 single-family homes and a communal meeting building.

The group has been working with the city public works department to finalize a detailed map of the planned development, Ryan Bane, Santa Cruz senior planner, said this week. “Once we receive that, we would schedule it for the city council within the next couple of months” for administrative approval, he said. Once the city council approves the final map, the city will issue a demolition permit.

“It’s a difficult process that takes much longer than we had anticipated,” Packer said. “We’re all anxious to build, we’re anxious to be living there.”

Most members of the Circle of Friends plan to live in houses on the property, which will also have a shared central building. In 2020, the group sold some of its 10 shares to an investor who won’t be living on the property, though Packer said the move wasn’t due to any financial issues with the development. “When we first set up the LLC, some members took on more shares just in order to make it fly,” Packer said. “As time went on, we found people that wanted to join us.”

Some residents in the surrounding neighborhood fought to forestall the church’s demolition by trying to declare it a historical landmark. But in 2020, the city council ruled that the building was not historically significant enough to be protected.

A group called Save the Heart of the Circles also has tried to buy the property from the developers.

Resident April Knobloch worries that the development will bring more traffic into the neighborhood. Many residents use the church’s lawn to play with their children. Events and sports still take place in the church hall. “Right now, people walk their dogs there and they enjoy the garden and everything. It’s a beautiful space,” Knobloch said. “This is the center of our universe.”

Knobloch attends the Gospel Community Church, which formerly held services in the church. In September 2021, the congregation moved to the Santa Cruz Seventh Day Adventist Church on Cayuga Street.

The congregation has since changed its name to Greater Purpose Community Church. Pastor MaKendree VanHall, formerly known as Christopher Drury, announced in 2018 that the church would open Greater Purpose Brewery. The brewpub would host weekly church services and give a portion of proceeds to local nonprofits.

After an attempt to open the brewery at the former Logos bookstore in Downtown Santa Cruz, the Greater Purpose Brewing Co. opened at 21517 East Cliff Drive in 2020. The brewery donates 30% to 60% of its profits to local charities and nonprofits, according to GreaterPurposeBrewing.com. That website and VanHall’s personal website went offline this week after a Santa Cruz Local reporter requested information. VanHall did not respond to requests for comment.

Although the brewery initially was intended to host the church’s weekly sermons, VanHall told Good Times in 2020 that the church would be held exclusively online though weekly video sermons. The church has not held online sermons since September 2021, according to the church’s Facebook page.