SANTA CRUZ >> Tuesday evening, UC Santa Cruz sociologists discussed a research project documenting the scale of the Santa Cruz County’s housing crisis. Although much has changed since the project’s initial data was collected in 2017, UCSC sociologist Steven McKay said one fact remained about the city of Santa Cruz: “We were then, and we continue to be, the least affordable small city in the U.S.”

McKay and fellow UCSC sociologist Miriam Greenberg spoke on an online panel about the soon-to-be-released book “Counterpoints: A San Francisco Bay Area Atlas of Displacement and Resistance.” It was hosted by the university’s Humanities Institute. Edited by the San Francisco-based Anti Eviction Mapping Project, the book contains scholarship and art about the process of gentrification and resistance to it, across the Bay Area.

McKay and Greenberg, who also serves on the City of Santa Cruz Planning Commission, contributed a chapter about Santa Cruz’s housing crisis. The chapter is based on the No Place Like Home project, which collected interviews and surveys from over 1,700 renters across Santa Cruz County. The project’s website features maps with housing data across the City of Santa Cruz and neighboring areas. 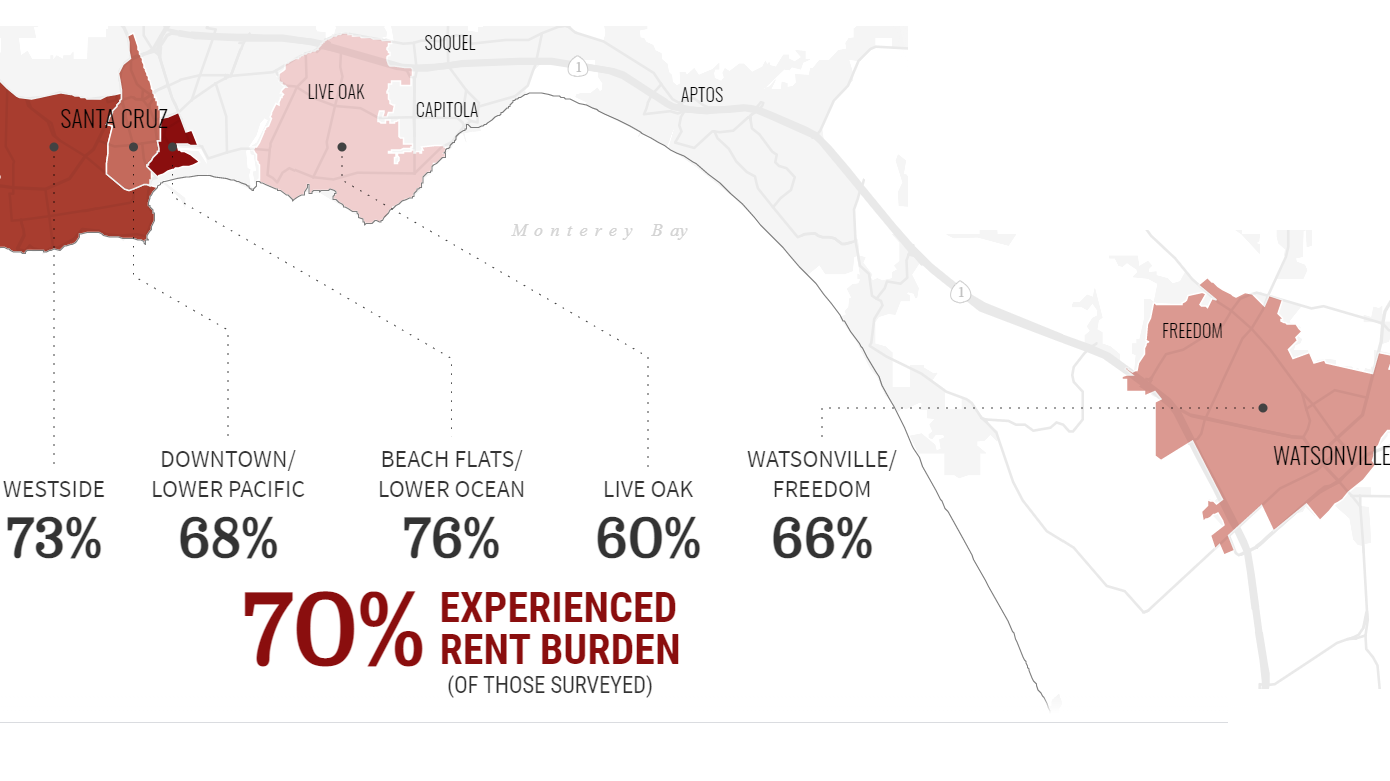 Of 1,700 Santa Cruz County renters surveyed in 2017, more than 70% paid more than 30% of their income in housing costs. Areas where rent burden was highest included the Beach Flats and Westside areas of Santa Cruz. (No Place Like Home)

When the initial survey was completed in 2017, housing activists in Santa Cruz were organizing around Measure M. The measure would have enacted rent control on some properties within the city and limited evictions. Groups across California tried to overturn a state law that limited the reach of local rent control. In 2018, the state initiative was defeated and Measure M failed, with 62% of city voters against the local rent control law.

McKay said that since the surveys were collected, rents in the city have continued to jump. “Had we had some regulation or built some affordable housing, maybe things would be different,” he said. 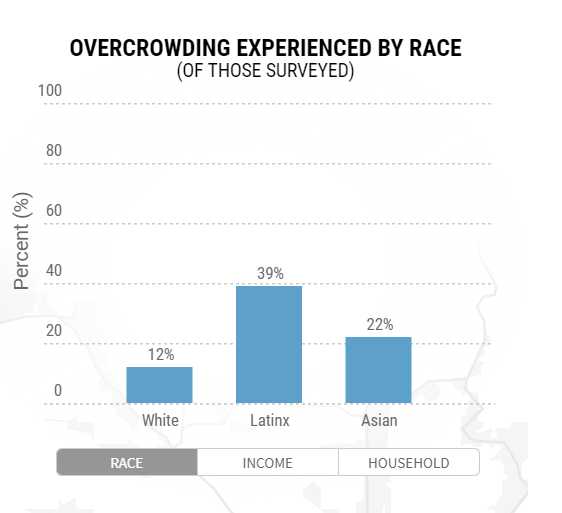 The COVID-19 pandemic has shed further light on the factors driving the region’s housing crisis. “A lot of the local folks were blaming the university and students for driving up rents,” said McKay, “but in the last year all of them exited — they’re not even in town,” even as rental costs have continued to rise. He noted that the recent housing boom has increased the median home price in the city of Santa Cruz from $900,000 to $1.2 million within the past year.

Recently, McKay and other sociology faculty have created an online calculator for the cost of attendance for UCSC graduate students. Beyond serving as a resource for prospective students, McKay said that he hopes the calculator can be used as a tool in future graduate student contract negotiations.

Although other of the book’s contributors pointed to the past year’s eviction controls and rent strikes within the Bay Area as a possible renewal for housing activism, McKay said his team’s surveys and interviews showed that many of Santa Cruz County’s most vulnerable residents are “fearful immigrant families who are afraid to avail themselves of rental protection.”

Of the book launch, McKay said “we’re really grateful that we can share this in the context of ‘Counterpoints,’ to really help people to visualize the realities, as well as the political possibilities, of what it means to live under these kinds of conditions.”

The panel also included Kate Darling, a UCSC sociology professor who contributed a chapter about the impact of biomedical research facilities on gentrification and community mental health in San Francisco.