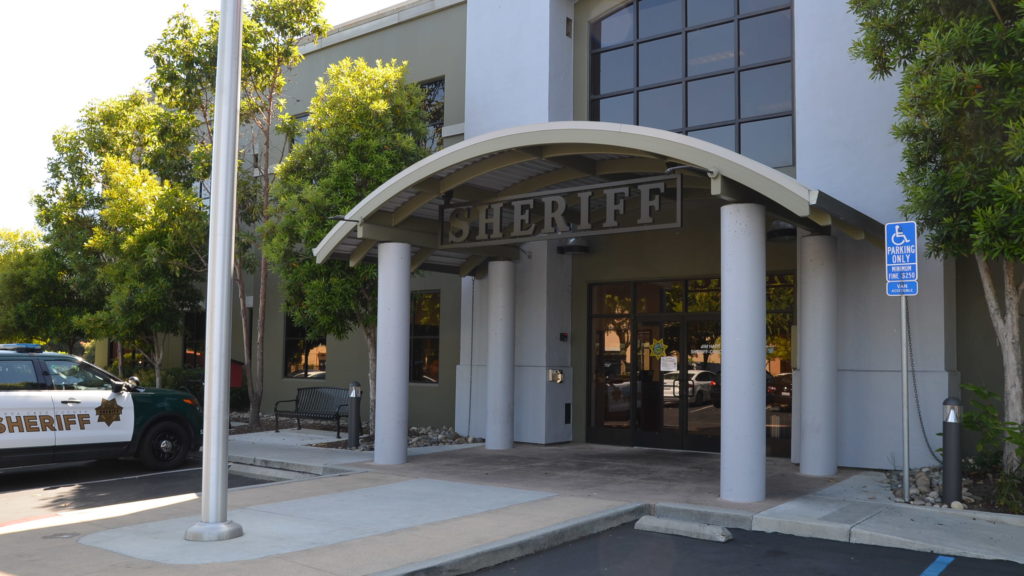 In the wake of national conversations about police accountability and on the heels of a review of Santa Cruz County law enforcement policies, the Santa Cruz County Sheriff’s Office plans to have initial discussions with county supervisors in January about a potential independent police auditor or oversight group.

Santa Cruz County Sheriff Jim Hart said this month that his agency is starting to look at what an independent auditor or inspector general could look like for a department of its size. In January, Hart expects to go before the Santa Cruz County supervisors to discuss “what it is that the county wants to put forward.”

Hart said in an interview this month, “I’m not opposed to it. It’s something that’s going on all over the state. I think it’d be fine to have an auditor or an inspector general to look at some of our policies and practices. And if there’s areas we can clean up then we’ll do that. So we’re going to start having that discussion moving forward.”

Of the five major law enforcement agencies in Santa Cruz County, Santa Cruz police is the only one with an independent auditor. The auditor, Mike Gennaco, reviews internal affairs investigations and the citizen complaint process, among other duties.

The Sheriff’s Office is unique among law enforcement agencies in Santa Cruz County in that it operates the County Jail at 259 Water St. in Santa Cruz. In June, Santa Cruz County’s Civil Grand Jury scrutinized problems at the jail from sexual assault allegations to inmate deaths to jail management.

A movement toward police oversight

“The trendline is definitely moving in that direction,” Gennaco said.

Gennaco is an attorney and expert on law enforcement reform and founder of OIR Group in Playa Del Rey. He contracts with law enforcement agencies across the state for similar services.

Since the murder of George Floyd at the hands of a Minneapolis police officer last year, more cities and counties have considered an independent auditor for their law enforcement agencies, Gennaco said.

Here is how the complaint process at the Sheriff’s Office currently works: When a person files a complaint with the agency it is reviewed by its Professional Standards Unit, said Ashley Keehn, Sheriff’s Office public information officer. The complaint is investigated through different avenues, typically including body camera footage and reports.

If the Professional Standards Unit finds that a policy was violated, “varying corrective actions are taken depending on the severity of the violation,” Keehn said. The complaint is documented and retained in the agency’s internal files, regardless of the disposition.

How long the process takes depends on the scope of the investigation. Some can last months while others may be resolved in a matter of days. The Sheriff’s Office typically receives 15 to 20 complaints a year.

The person who filed the complaint is then notified by mail of the findings.

How law enforcement oversight could work

What specific powers, duties and responsibilities a potential independent auditor for the Sheriff’s Office could have is still up for discussion. “Those are the details that need to be vetted out,” Sheriff Hart said.

Gennaco, the Santa Cruz police auditor, said the complaints can be made by the public or they can originate within the police department.

Gennaco said he reviews “whether the subsequent investigation was thorough and objective and whether the outcome was based on evidence and was a reasonable result.” His team also reviews any use-of-force incidents, even those that don’t result in a complaint.

His review is not completely transparent. Officer’s names, for instance, are not stated. But the power of the oversight generally comes from bringing the process out into the sunshine, Gennaco said.

“The public reporting is a strong incentive for a police agency to improve and to accept the recommendations,” he said. “They don’t always do it. But I think that transparency piece does incentivize agencies to seriously consider any recommendation we make.”

For most of the period of modern policing, particularly in California, there has been almost no information for the public about how complaints are handled and about how these functions are being performed by any particular agency, Gennaco said. That is now slowly changing.

“I think it’s really important for there to be an ability for someone to look under the hood,” he said. 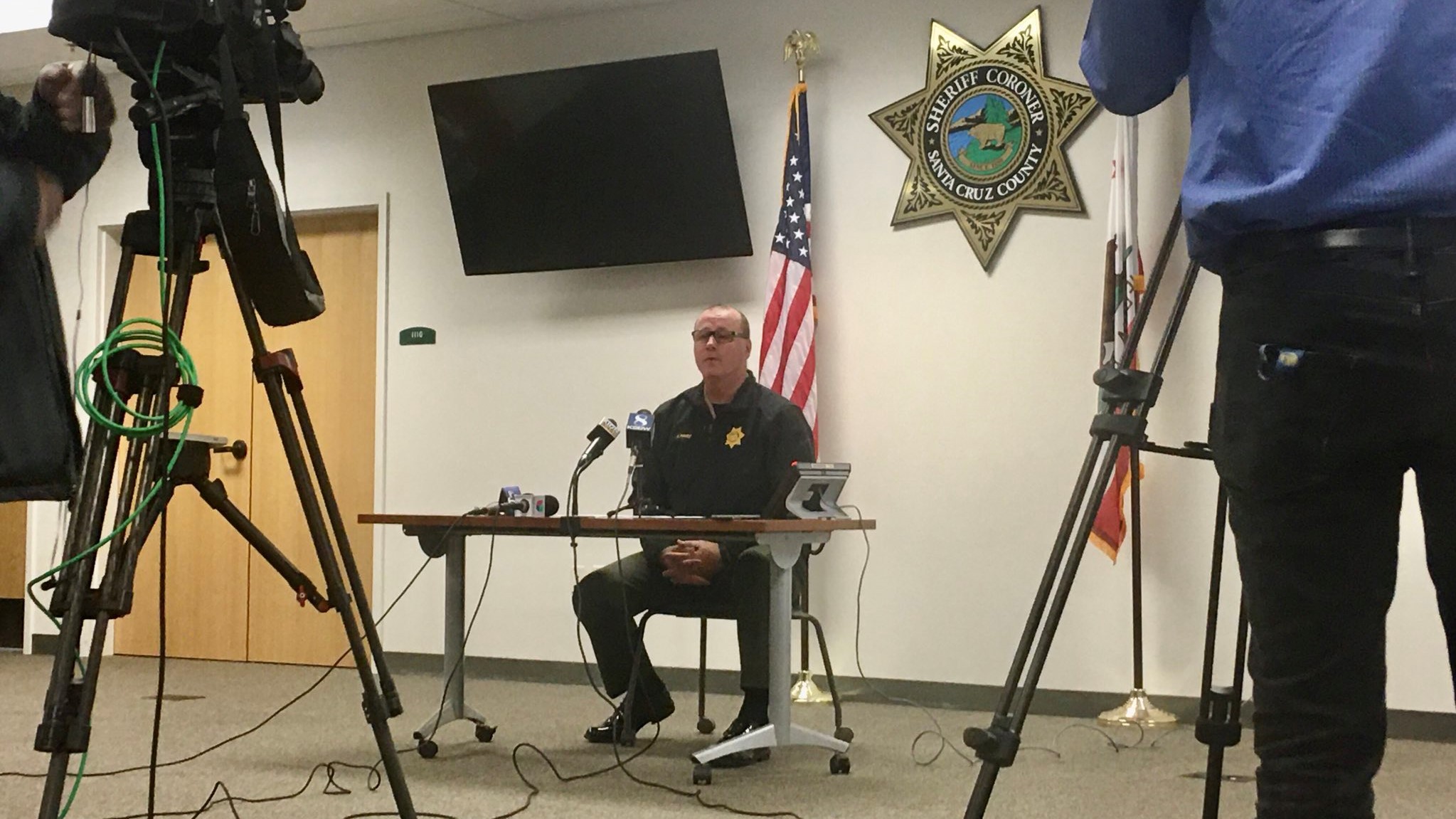 Potential improvements for the Sheriff’s Office

Hart, the Santa Cruz County sheriff, said he sees benefits of an independent auditor, too. Such oversight could help the Sheriff’s Office with policies and procedures, making sure that the agency uses best practices and is keeping up with laws as they change and as the justice system evolves, he said.

And with “critical incidents,” which are generally investigated by the district attorney, an independent police auditor could provide an additional level of review, Hart said. Critical incidents could involve shootings or other police uses of force.

“It’s another set of eyes on it — who doesn’t have a stake in the game,” Hart said. “And to give a real neutral report or summary of whatever occurred.”

Hart said he favors a sole independent auditor over a whole oversight board because the latter can often become mired in politics. And as agencies across the county are working toward more uniform policies, other law enforcement agencies in Santa Cruz County should start considering oversight bodies, too, he said.

“If we want to continue to be in alignment, I think that’s a conversation that Capitola needs to have and Scotts Valley needs to have,” Hart said.

For Mandy Tovar, an attorney at the Santa Cruz County Public Defender’s Office, the only apparent solution to issues at the jail is an independent public oversight board.

“I think that the jail practices need to be brought into the light of day for our community to plainly see what’s been happening,” Tovar said during an online meeting on new state legislation on police oversight in June.

How to create police oversight

A state law called AB 1185 started this year and has paved the way for local governments to take police oversight into their own hands. It allows county supervisors and city councils to create inspector general positions and oversight boards by law or by a public vote.

Santa Cruz County Supervisor Zach Friend was a crime analyst and spokesman for Santa Cruz police before he became supervisor in 2012. He said recently that he found benefits to having an independent review of police policies, procedures and actions.

“Having (independent police oversight) in and of itself is not a commentary on whether or not we believe that the agency itself has any issues that need independent review,” Friend said. “It’s just there’s a value in having an independent look.”

He, too, agrees that appointments to a potential board or commission can have a political nature that can be counterproductive.

“Whereas a professional independent oversight, like an inspector general or auditor, I think maintains that independence but still doesn’t have a self-selection bias or predetermined outcome that sometimes can be problematic,” Friend said.

As a county supervisor, Friend helped lead Santa Cruz County’s Criminal Justice Council through a 10-month review of the policies of the five major law enforcement agencies in Santa Cruz County. The idea was to have residents receive more uniform treatment from police and sheriff’s deputies across the county. A report released in November showed many similarities in policy. The agencies all release body camera footage of police shootings, for instance. But it also showed that none of the agencies besides Santa Cruz police publicly report complaints filed by residents.

There has been a push for independent oversight from community organizations and advocates, too. The NAACP of Santa Cruz County, along with the ACLU of Santa Cruz County, held a virtual town hall on the topic of AB 1185 in late June and published a template letter on its website to have residents lobby supervisors to explore a potential oversight board or inspector general.

“I, too, believe that an oversight commission will only help our community and will help Sheriff Hart and the Sheriff’s Office,” Brenda Griffin, president of the NAACP of Santa Cruz County, said during the town hall. 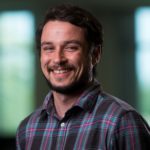 Patrick Riley is a Santa Cruz-based freelance reporter. He has covered a range of topics and beats in Florida and California.