SCOTTS VALLEY >> Broader affordable housing rules are expected to be among the priorities for Scotts Valley staff in the next year, the Scotts Valley City Council decided by consensus in Wednesday’s budget hearing.

The council also discussed funding for a possible ballot measure to increase a city tax, but no vote was taken. A final budget is expected to be adopted at the council’s June 16 meeting.

Scotts Valley law requires that new housing projects of six or more units must dedicate 15% of those units at affordable prices or rents to qualifying households with lower incomes. The prices and income criteria are based on the county’s area median income. Many California cities have similar rules, called “inclusionary housing” laws.

Scotts Valley’s inclusionary law only applies to part of the city. A majority of the council has said that they would support an expansion of the law to apply to the entire city. The council recently directed the city staff to look into it. 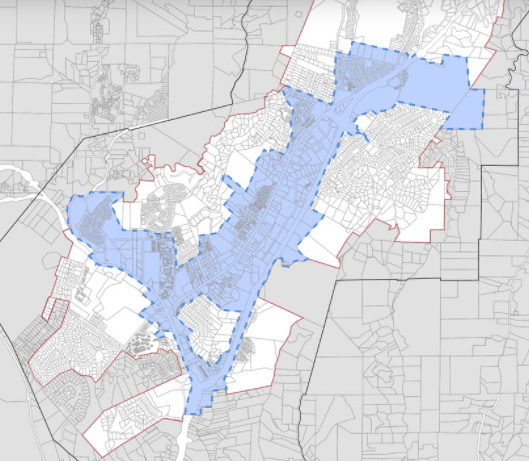 “I know I’ve been speaking about this [inclusionary law change] for years as several of us have been on the council. I do think it’s important that we get this done quickly,” Vice Mayor Jim Reed said Wednesday. “Every couple months that we don’t is a couple more months that developers are going to spend money and waste time trying to come to us with proposals that don’t include 15% inclusionary. And it just seems like a wasteful process.”

Despite the hired help, the large workload of the city’s planning and community development department may prevent the completion of the law change in the next fiscal year, Friend said.

Reed said he wanted city staff to defer a $30,000 poll of residents’ opinions on a possible ballot measure that would increase hotel or utility taxes. Reed suggested that city staff instead add that money to the inclusionary law change project to ensure completion next year.

A majority of the council agreed with Reed on deferral of funding for the poll. No one besides Reed supported transferring that money to the inclusionary law change project.

The Scotts Valley City Council on Wednesday discussed the proposed budget for the next fiscal year. (Zoom screenshot)

Reed said he was confident that a majority of residents would support a potential ballot measure to increase hotel or utility taxes.

“Yet we still will need more — and diversified revenue as well,” Friend said. She said the pandemic exposed the fragility of hotel and sales taxes as city revenue sources. “When we have about half of our General Fund reliant on hotel and sales tax, which are volatile, and they’re very market sensitive. And so if those revenue sources are compromised, we really suffer.”

Friend said that Scotts Valley was “disadvantaged” since the city collects a 6.5% property tax rate that is less than other cities. For example, for a $5,000 property tax bill, the city receives $325.

Councilmember Donna Lind and others said they wanted to wait to fund the opinion poll until staff had a clearer idea of a timeline for a potential ballot measure.

The council supported the city manager’s recommendation to fund several projects, including:

The council also supported the city manager’s recommendation to defer a $500,000 overall review of the city’s planning codes.

A grant will fund the development of objective design standards that are expected to move forward in the next fiscal year, Friend wrote in an email to Santa Cruz Local on Friday.