SCOTTS VALLEY >> As Scotts Valley recovers from the economic impacts of the pandemic, Scotts Valley residents can expect some restored city services and staff, as well as progress on city-sponsored construction projects for the fiscal year that begins July 1.

“We’re not there yet — we won’t be there for a few years — but it is a real opportunity in this budget to rebuild our services and bring back more to the community,” City Manager Tina Friend said at a city council meeting Wednesday.

The budget is still a draft. The Scotts Valley City Council is set to discuss it again at its June 2 meeting. City staff and a consultant gave a presentation of the draft budget to the city council during a three-and-a-half hour meeting Wednesday. Council members said they would hold their feedback until the June 2 meeting.

The council is expected to make policy and funding decisions on several projects including:

The draft budget calls for a: 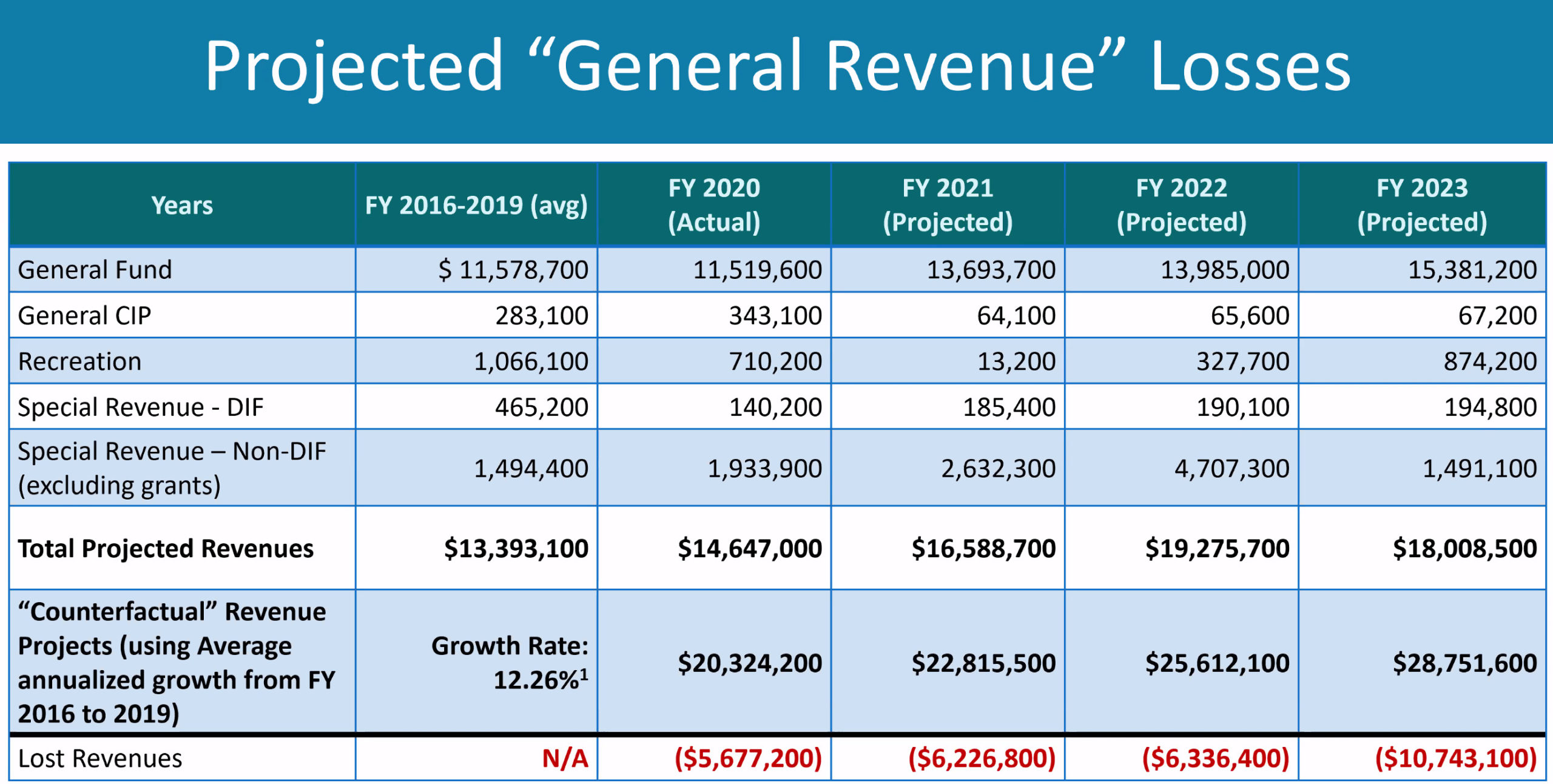 Scotts Valley’s Recreation Fund is independent from the General Fund and relies on income from recreation fees. The Recreation Fund had a sharp decline in revenue during the pandemic and is not expected to fully recover for a few years. (City of Scotts Valley)

The draft budget also calls for $6.9 million for major capital planning and projects. The city would have to hire consultants to carry out the work.

Wednesday, several residents spoke during public comment. Some called for the council to include pedestrian and bike safety improvements to Bluebonnet Lane.