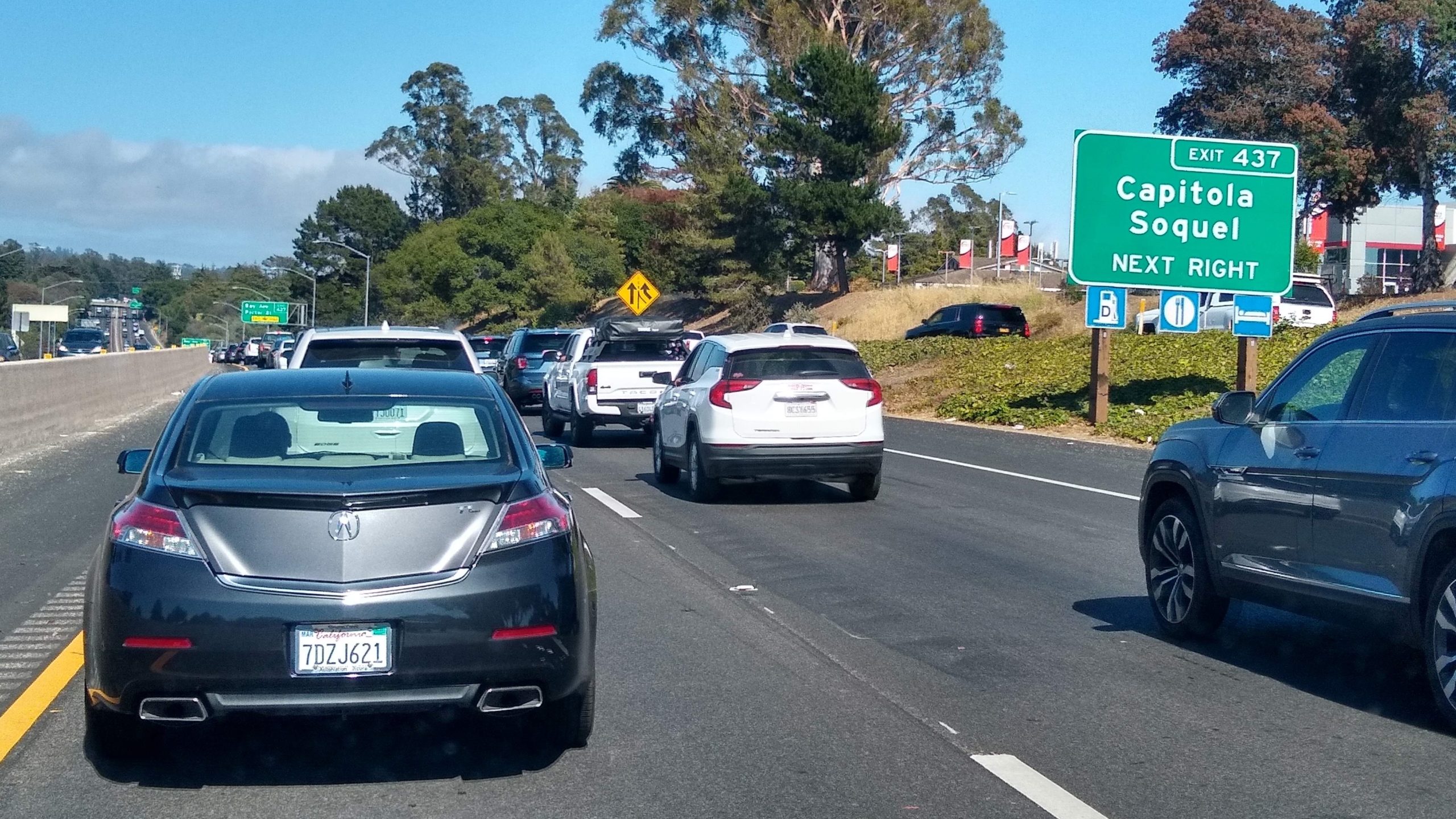 SANTA CRUZ >> Plans to widen Highway 1 from Santa Cruz to Aptos and create new overcrossings for cyclists and walkers were advanced by the Santa Cruz Regional Transportation Commission on Thursday.

The plans include improvements for walkers and cyclists on the Capitola Avenue bridge over Highway 1, as well as new footbridges over Highway at Chanticleer Avenue in Live Oak and at Mar Vista Drive in Aptos.

The first phase of work is expected to start this fall from Morrissey Boulevard in Santa Cruz to Bay Avenue in Capitola.

The commissioners also allowed commission staff to amend an agreement with Caltrans to get construction bids for the project’s second phase. 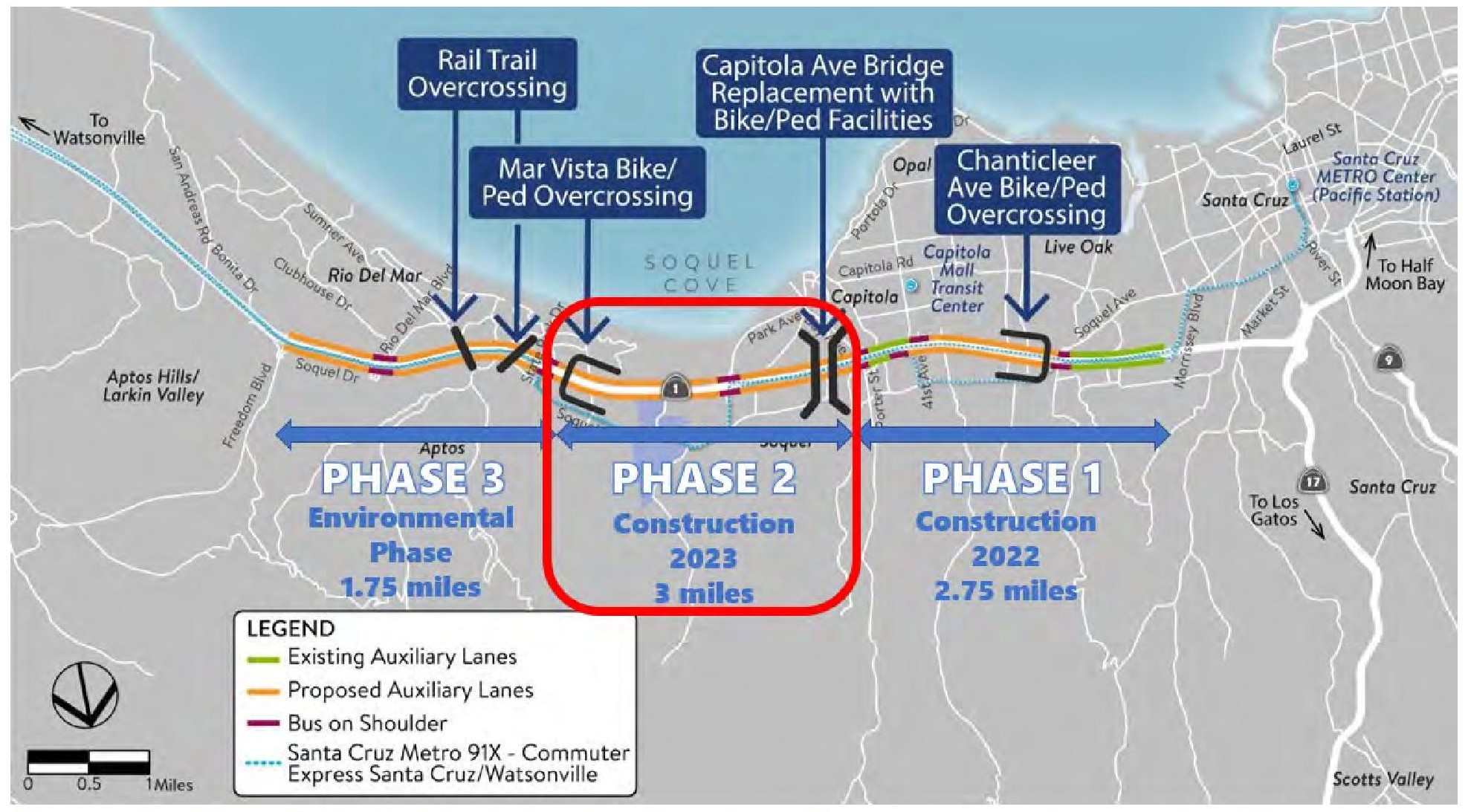 The Highway 1 work has three phases.

The first part of work includes:

An engineer’s estimate of the project was $25.5 million in 2021. There were five bids for the Phase 1 work received in August. The lowest bid, from Granite Construction Co., came in higher than the engineer’s estimate, said Sarah Christensen, senior project engineer for the Regional Transportation Commission.

To cover the difference, commissioners on Thursday unanimously voted to allocate $1.8 million from Measure D revenue. State grants are expected to cover much of the rest of the project’s costs. Construction is expected to start this fall under Caltrans’ management.

The second phase of work includes:

Construction is expected to start in 2023, transportation commission staff said.

The third phase of the work includes: 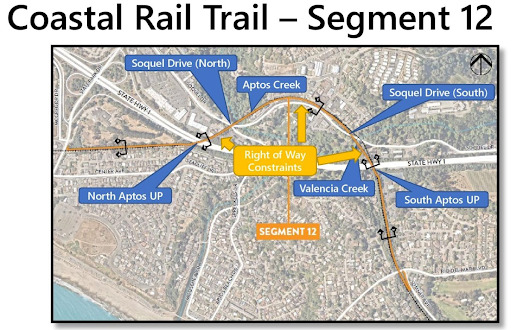 Christensen said the plan is to apply for some of the state’s $700 million in the state’s “congested corridors” program. Money from Measure D and “other local funding” also is expected to pay for the third phase.

“A major part of our delivery strategy is to advance projects to get them construction ready, because that makes us more competitive to get the funding,” Christensen said.

Some critics of widening Highway 1 have pointed to studies from other areas that show about five to 10 years of traffic relief before congestion resumes to its prior level.

“Adding capacity to roadways fails to alleviate congestion for long because it actually increases vehicle miles traveled,” wrote Susan Handy, an environmental science and policy professor at UC Davis, in a 2015 policy brief. “Adding capacity decreases travel time, in effect lowering the ‘price’ of driving; and when prices go down, the quantity of driving goes up,” Handy wrote.

During Thursday’s transportation commission meeting, Commissioner Manu Koenig described the Highway 1 work as maintenance on a road that tens of thousands of residents use each day. As electric vehicles are added, Koenig said, “We have to transform Highway 1 as a facility to an all-electric, zero emission facility with more (public) transit on it.”

Guy Preston, executive director of the Santa Cruz County Regional Transportation Commission, said he hoped the highway work would keep drivers on Highway 1 rather than cut through neighborhoods during commute hours.

“Addressing the comments we heard earlier from the public, the irate drivers that are driving through our local roads will hopefully take the freeway — and stay on the freeway — and make our local streets safer for bikes and pedestrians,” Preston said.

The Regional Transportation Commission on Thursday also told its staff to submit state and local grant applications to help cover safety improvements to Highways 9 and 236 in downtown Boulder Creek.

About $2.4 million of the project is expected to come from the Measure D half-cent sales tax hike approved by Santa Cruz County voters in 2016, transportation leaders wrote in a report. About $9.4 million is still needed. 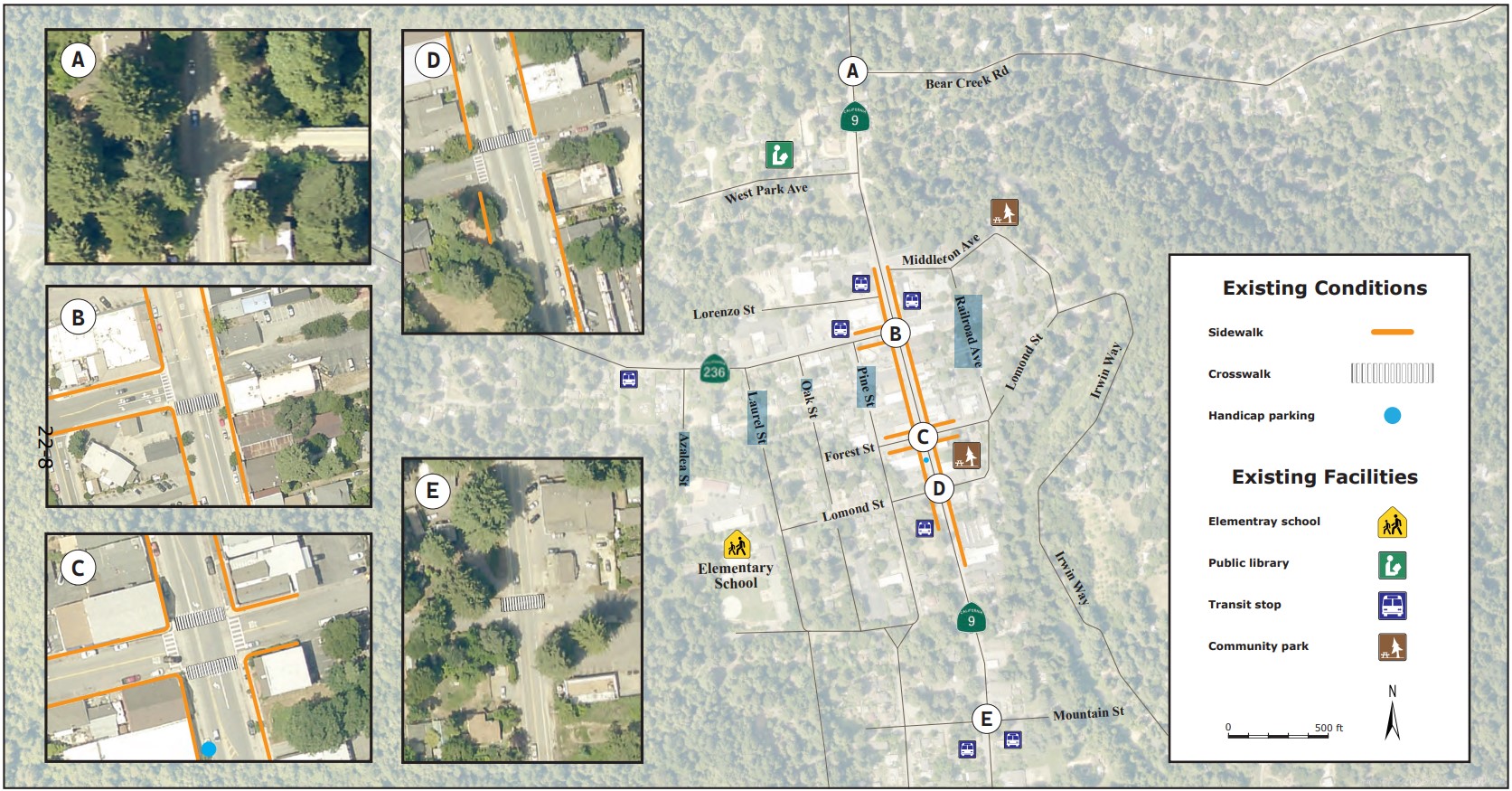 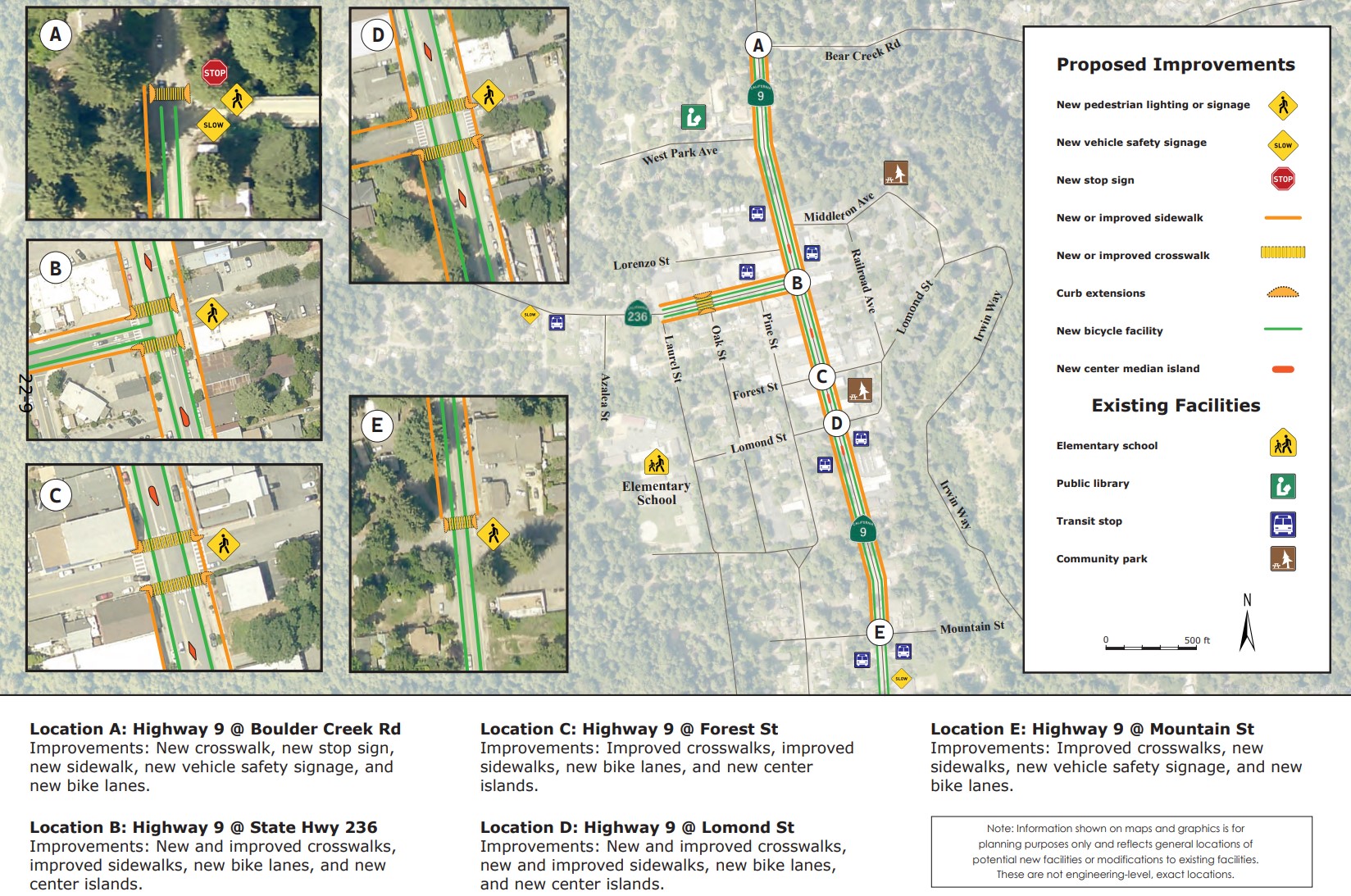 Transportation leaders produced a planning document on the work this year. Environmental work is expected to start in 2023.

Virginia Johnson, an alternate for Bruce McPherson on the Regional Transportation Commission, said Boulder Creek residents have wanted these changes for at least a decade. She said Measure D in 2016 has gathered local money to leverage and win state grants.

“Now we’re actually getting down to projects, which is really exciting,” Johnson said at Thursday’s meeting. “It takes a long time to do all transportation projects, but this was the whole point of that (Highway 9) corridor plan and Measure D,” Johnson said.

Correction: Bay Avenue was misstated as Bay Street in an earlier version of this story.