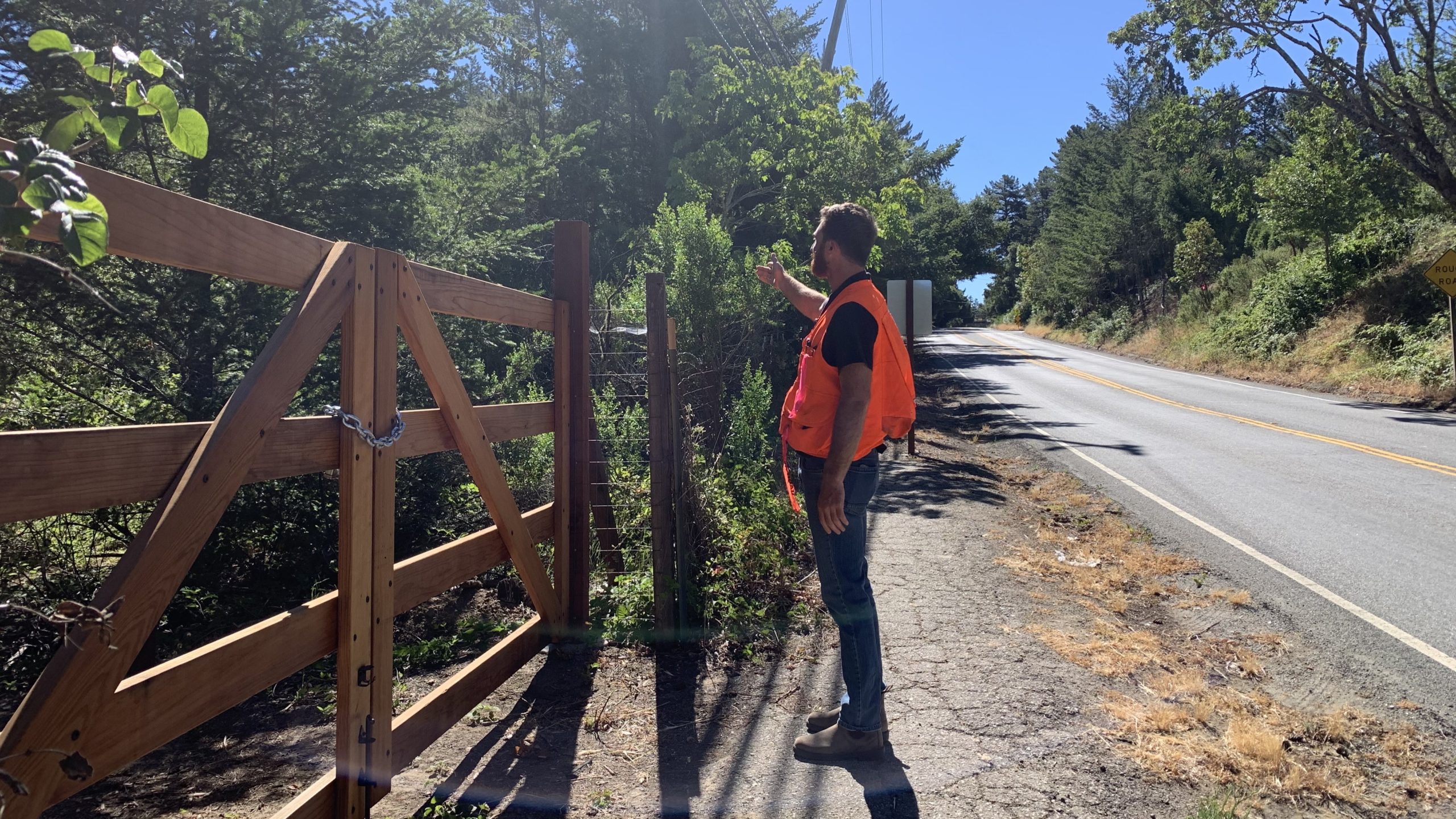 Matt Abernathy of the Santa Cruz County Resource Conservation District points to a property on Summit Road where brush is expected to be removed. (McKenzie Gannon — Santa Cruz Local)

Leaders of the Santa Cruz County Resource Conservation District said these efforts amount to the largest fuel clearing projects they have seen in the past 30 years.

Lisa Lurie, the executive director of the Santa Cruz County Resource Conservation District, said the work is “imperative” to increase safety and improve the area’s ecology. It also could provide a model for the way dozens of property owners have been working with public and nonprofit agencies to do large-scale vegetation management.

“I think what’s really unique and special about this project is the level of community organization and commitment,” Lurie said. “This is a priority evacuation route for 25,000 residents who live across these mountains, but it’s also the home of the Soquel Creek watershed and the Los Gatos Creek watershed.”

The resource conservation district is a special district, similar to a water agency, that helps residents conserve, protect and restore natural resources in the county.

A lack of forest management over the last century has allowed parts of the Santa Cruz Mountains to become overgrown and thick with “ladder fuels” that increase the speed and intensity of big blazes, according to the resource conservation district.

In the past 10 years, many people who live near Summit Road east of Highway 17 noticed increased traffic that could be dangerously slow during a wildfire. Then in November 2018, the Camp Fire in Butte County killed 85 people in large part because of the fire’s speed and bottlenecks during evacuation.

Larry Lopp, a Santa Cruz County resident for more than five decades, took that fire as a warning. He decided to do something about it.

As a member of the Santa Cruz Mountain Alliance and Skyland Community Church, Lopp initiated a Fire Safe Country Roads program in 2019. Since then, dozens more neighbors have become involved online and in person to participate in vegetation management.

“The main motivator for the residents is that they live in an incredible place and want to keep it that way,” Lopp said recently. 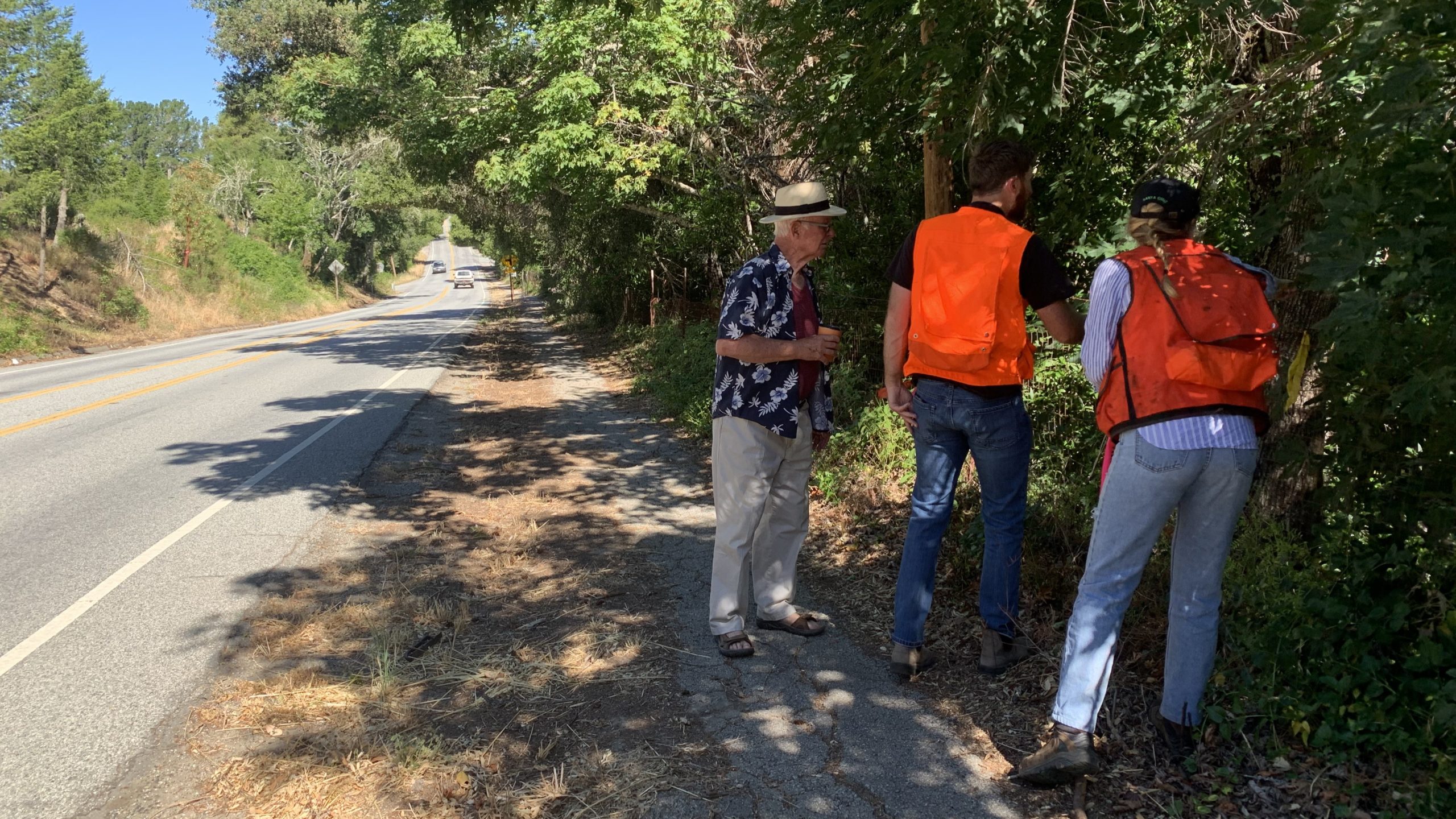 In 2019, members of the Santa Cruz Mountain Alliance spoke to then-Santa Cruz County Supervisor John Leopold to get the word out about the scope of the intended project. Neighbors met with a few organizations then formed a partnership with the Santa Cruz County Resource Conservation District to get grants and carry out the work of the large project.

After the Resource Conservation District and the community formed a partnership, they helped residents with permits, secured money and managed the project.

“They also learned from the CZU (Lightning Complex) Fire that this has to be done, and the other motivator is that their fire insurance is going up and up.” These projects help keep insurance available to rural residents, Lopp said. “The completion of the project is just the beginning of the process. Keeping up on the maintenance from the landowners is the harder part.”

Leaders at Loma Prieta Elementary and C.T. English Middle schools near Morrill Cutoff Road have persistently maintained vegetation to make the properties more fire resistant. Leaders of agricultural operations near Summit Road also have done their part. The resource conservation district has tried to add to their efforts.

In 2020, Cal Fire helped cut a small demonstration fuel break around Loma Prieta Elementary. They thinned trees around the school but kept a live green canopy to provide shade. Abernathy explained that some of the Douglas firs are dying. He said the plan is to thin those trees and give the larger Douglas firs a better opportunity to grow. 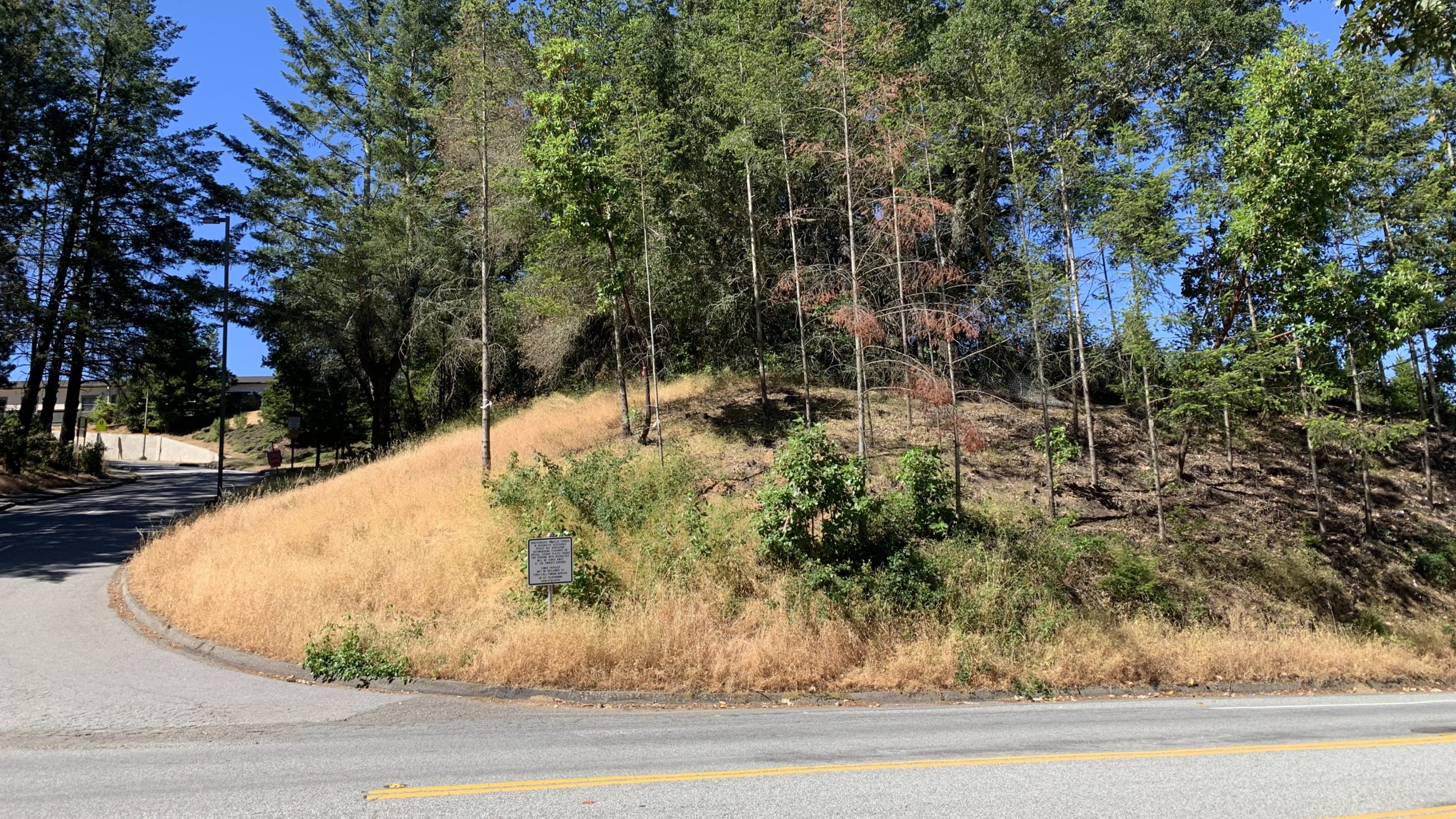 “It is really exciting in Santa Cruz, where residents are becoming more familiar with the mindset that we are actively managing the forest together in a beneficial manner,” said Matt Abernathy, forest health and wildfire resiliency program specialist at the Santa Cruz County Resource Conservation District.

This spring, workers started to plan vegetation removal on Summit Road near the elementary and middle schools. Two grants were received through the Cal Fire Prevention program to support this project and the countywide chipping program. Roughly $900,000 from both of the grants has been devoted to the Summit Road shaded fuel break project, resource conservation district leaders said. 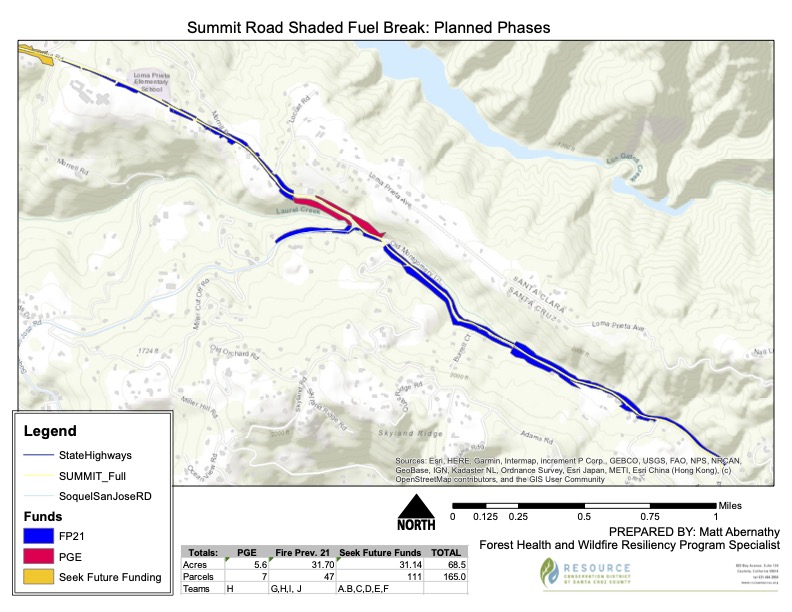 A project due to start in August is expected to include tree trimming and brush clearing on Summit Road from Loma Prieta Elementary School to Highland Way and Mount Bache Road. (Santa Cruz County Resource Conservation District)

Some parts of the Santa Cruz Mountains have an abundance of vegetation which can act as ladder fuel. Ladder fuels essentially lead fire from smaller trees and brush up to larger trees. By removing brush and cutting limbs from the bottom position of trees, the larger and healthier trees provide a shaded canopy, Abernathy said.

The canopy can help decrease the temperature and severity of a fire and create what’s called a shaded fuel break along the road. Fuel breaks also provide some defensible space for firefighters and fire engines while allowing residents to evacuate.

Abernathy said that poorly maintained forests exacerbated road problems during the 1989 Loma Prieta earthquake and during heavy storms in the winter of 2016-17.

“We want to avoid the possibility of road blockages for any disaster,” Abernathy said. “We don’t want to operate through a reactionary approach or operate on the fear of potential. We want to work preemptively and build resilient forests which are forests that are healthy, giving them a lower risk of being catastrophic,” Abernathy said.

From mid-August through November, a forest resiliency and brush clearing project is expected from Loma Prieta Elementary School on Summit Road to Highland Way and Mount Bache Road.

The Santa Cruz County Resource Conservation District and property owners are working together to clear the area of brush.

After homeowners and project managers discuss the specific property needs, the Resource Conservation District sends teams out to flag trees. Any branches less than 8 inches diameter at shoulder height is considered fuel. Pink flags signify the trees that are going to stay and much of the rest is removed.

Lopp emphasized that this 100 acre project on the Summit ridge accounts for only 15% of all the backroads in the Soquel Hills.There is a lot more work that needs to be done and if this project is completed.

“This is a terrific project in that it has been really educational. This project is showing what work can be done,” Lopp said.

The vegetation and brush clearing project initiated by the community members of the Santa Cruz Mountain Alliance and assisted by the Resource Conservation District could serve as a model for other projects of its size and scope.

Santa Cruz Mountain Alliance members have been documenting their work to try to provide a model for the way residents collaborate with agencies to do large-scale vegetation management in Santa Cruz County and elsewhere.

“We have a good opportunity to demonstrate how something like this can be done and make it replicable for Santa Cruz County,” Abernathy said. “The county has been great at helping us through the permitting process, Cal Fire has been great at making sure we have access to funds and are competitive in the grant process, it takes a whole village.” 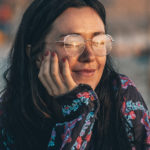