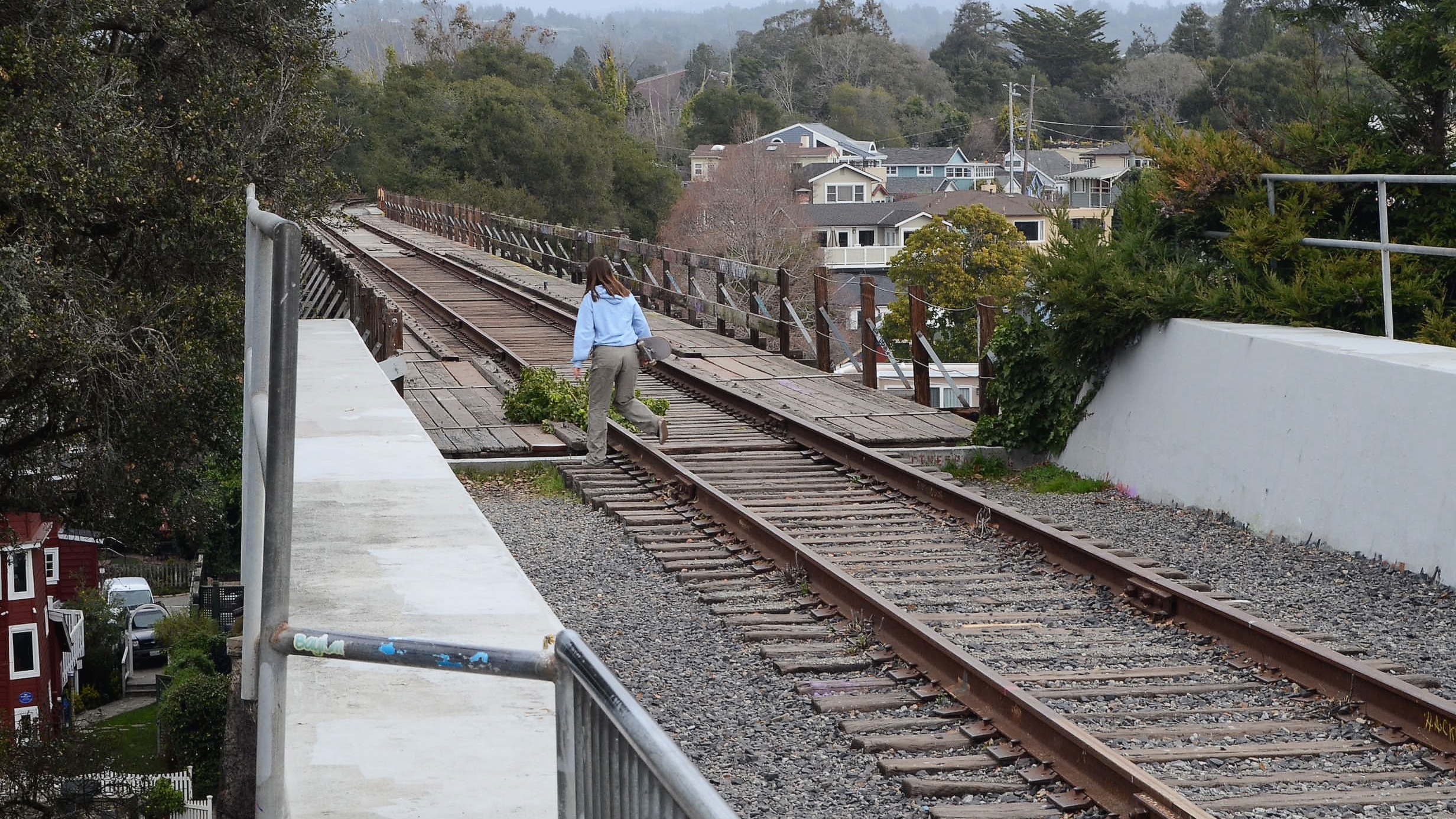 The ballot measure, spurred by local nonprofit Santa Cruz County Greenway Inc. and more than 12,000 valid signatures, would change the county’s General Plan to promote Greenway’s vision for a trail: two lanes of bike traffic, a divider and a walkway. Current plans call for bikers and walkers to share a path next to the tracks in most places and possibly build a path on the rail line in some narrow sections.

Regardless of whether voters approve the ballot measure, staff of the Santa Cruz County Regional Transportation Commission have proposed an “interim plan” to build a path next to the tracks and temporarily replace the railroad tracks with a paved path on some narrow parts of the line. The plan is to return the rails later for potential rail transit.

If voters approve the measure, it would not force construction of a path on the rail line, nor would it rule out the possibility of future passenger rail service on the rail corridor, county officials wrote.

County staff wrote the report to help Santa Cruz County supervisors understand the potential impact if voters approve an initiative from Greenway on the June 7 ballot. County supervisors are expected to place the measure on the ballot during their meeting Tuesday, March 8.

The report helped clarify what voters will decide.

Preston, the transportation commission’s executive director, said Feb. 17 that railbanking is “not going to be something that’s easy to do.” But if it is pursued, Preston said his intent is to return the tracks.

Regardless of the ballot initiative outcome, regional transportation commissioners also are expected to decide between an “interim” plan and “ultimate” plan. The interim plan would allow a paved path to replace some sections of the train tracks, while the “ultimate plan” would build the path next to the rail line. Preston and even the most enthusiastic supporters of the “ultimate plan” have said it will take tens of millions more dollars and likely decades to create passenger rail service. Many parts of the line would have to be repaired.

Railbanking is outside the county’s control because the U.S. Surface Transportation Board oversees whether a railroad operator and a trail agency can agree to use a freight rail corridor as a trail until a railroad returns to freight service, the March 2 county report states.

“For railbanking to occur, a Notice of Abandonment would need to be filed with the Surface Transportation Board,” the county report states. The freight easement holder, which is Saint Paul and Pacific Railroad, typically files the notice. Saint Paul filed a notice of intent to abandon the line, but has not moved forward “due to potential objections,” county staff wrote.

“Railbanking would be more feasible and simplified if affected parties could reach a mutual agreement. If not, the [regional transportation commission] could file with the Surface Transportation Board to attempt to force abandonment. If the corridor is unable to be railbanked, any interim trail that requires the removal of the railroad tracks would be infeasible,” county staff wrote.

The March 2 county report also touched on potential fiscal impacts to the county, as well as potential ripples across county planning, zoning, land use, infrastructure funding, business investment and other areas.