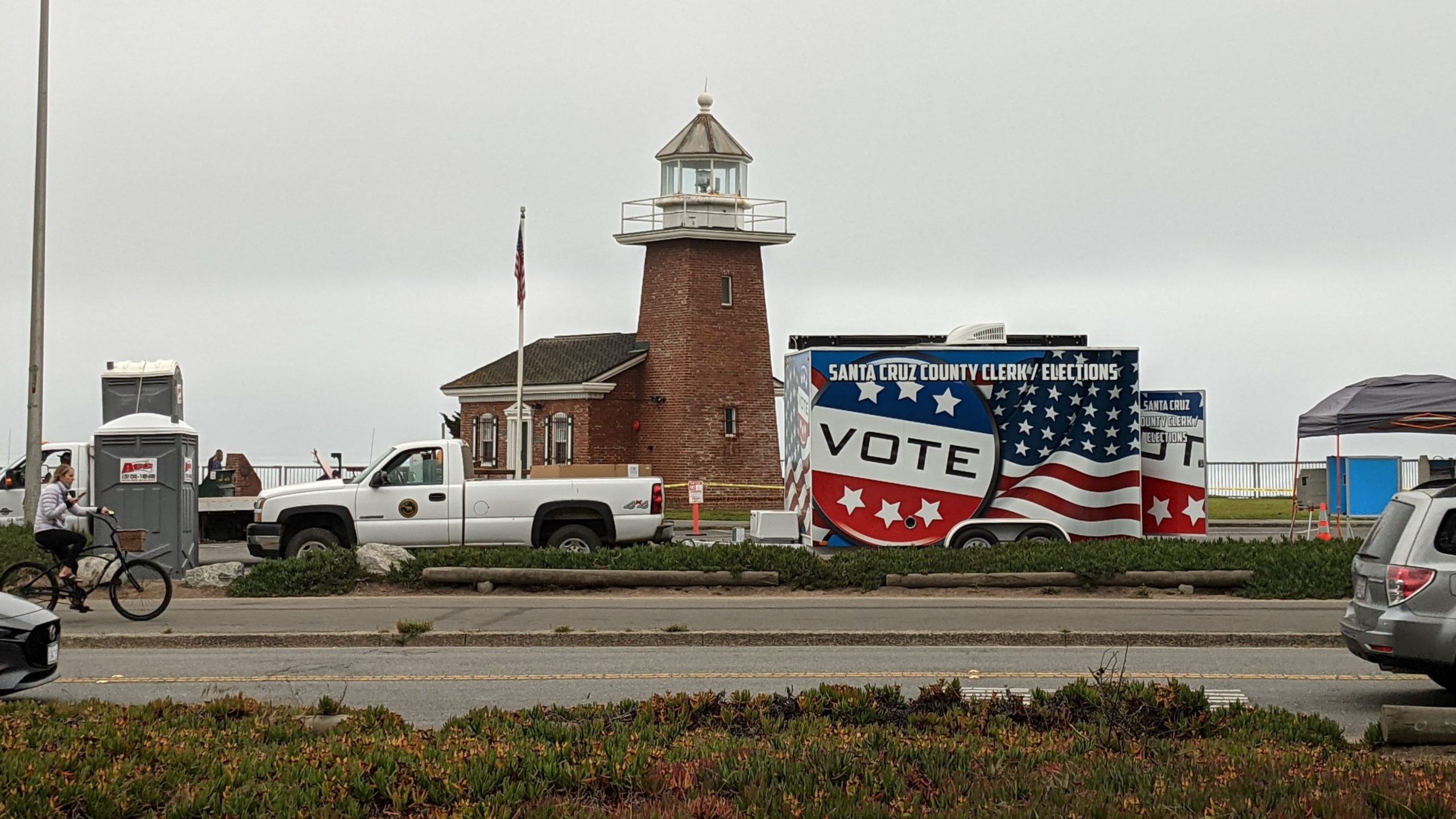 A mobile voting station is set up ahead of the Sept. 14 gubernatorial recall election in Santa Cruz. (Stephen Baxter—Santa Cruz Local)

SANTA CRUZ >> Ballots were mailed to Santa Cruz city voters this week with a single question: Should 20% of the city’s marijuana tax money go to children’s programs?

On Nov. 2, voters will decide whether to support Measure A and permanently establish the Santa Cruz Children’s Fund. The fund uses cannabis business tax revenue to provide resources such as child care, after-school programs and summer learning opportunities.

The fund was established by a city council resolution in 2017. Since then, it has provided thousands of dollars annually to increase access to city Parks and Recreation programs, preschool scholarships and child care providers. It also helped pay for child care for families of essential workers during the pandemic.

Measure A would enact two changes:

Councilmembers Martine Watkins, Shebreh Kalantari-Johnson and Renee Golder proposed the measure in June. The council unanimously approved the measure to be placed on the Nov. 2 ballot.

Watkins said that if the Children’s Fund were to be made permanent, it should have a larger funding commitment.

“What now is brought before the voters is really an ask to affirm our commitment to kids for a long time,” Watkins said. If approved, she said, the voter-designated, cannabis revenue-supported Children’s Fund would become the first of its kind in the state. “People are really watching it,” Watkins said. “Santa Cruz, is, [as we] often are, the trailblazers.”

Some Santa Cruz Local readers have questioned why city leaders want voters to decide Measure A now rather than wait for an election with other issues on the ballot. Watkins said a single-issue election was not the original plan. She said city leaders narrowly missed a June deadline for the measure to be on the ballot alongside the gubernatorial recall vote. If city leaders had met that deadline, the city would not have had to pay for printing and mailing the ballots.

The Measure A vote was also originally intended to be decided alongside a vote to increase the city sales tax. The sales tax increase never made it to the ballot because it required the city council to unanimously declare a fiscal emergency. Councilmember Sandy Brown voted against that declaration in August.

Pros and cons of Measure A

Watkins and her co-sponsors said that enshrining the Children’s Fund in the city charter will ensure the city’s commitment to children’s programs will be permanently protected. The current funding by city council resolution is vulnerable to the changing politics of the council.

“There is no better investment we can make than in children,” said David Brody, executive director of First Five Santa Cruz County. It is a nonprofit that receives and distributes some of the funds from Measure A. Brody is also a Measure proponent.

“The stressors that our families and our communities are under today require us to resource high-quality, evidence-based programs and services for kids and families like never before,” Brody said. “And so we need to step up at every level.”

“When those tax revenues just get sucked into the General Fund, it’s less apparent the value that the cannabis businesses are bringing to the community,” Coffis said. He said he hoped the measure would build political will to add more cannabis retail business licenses in Santa Cruz.

How to get a ballot

The ballot was mailed Oct. 4 to active registered Santa Cruz voters. It may take up to seven days for delivery, according to the Santa Cruz County Clerk’s website. To get a replacement ballot, call 831-454-2060.

To register to vote, get a replacement ballot, get a Spanish ballot or vote early in person: 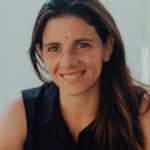