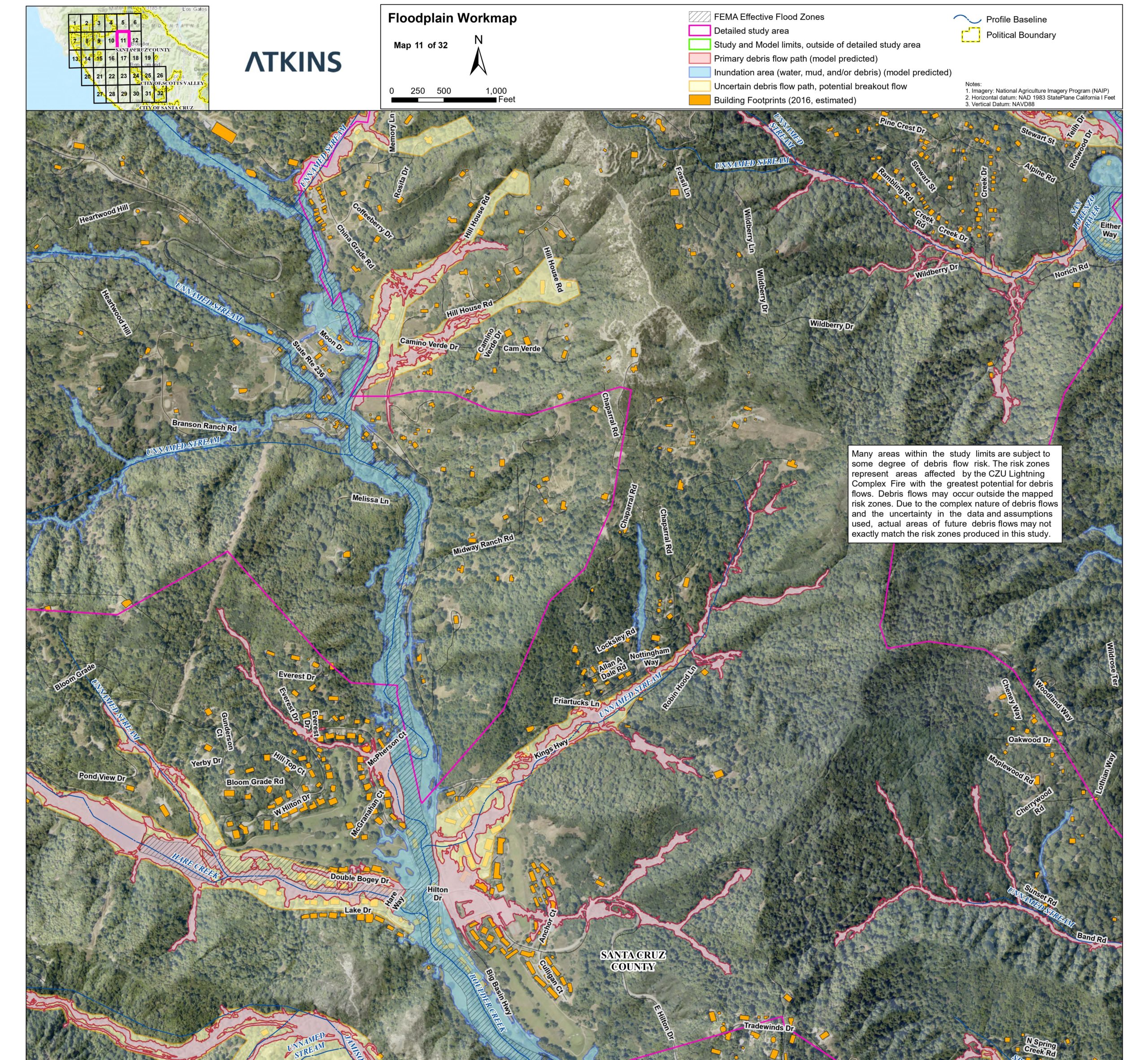 SANTA CRUZ >> Amid continued complaints about the slow pace of rebuilding permits in the CZU Lighting Complex Fire zone, Santa Cruz County supervisors on Tuesday loosened rules on the risks that landowners must acknowledge on property titles in the fire zone.

“We eased the covenant,” Santa Cruz County Board Chairman Bruce McPherson said after the 5-0 vote in favor of the rule change.

Coonerty’s district includes the North Coast where much of the 134-square-mile CZU Lightning Complex Fire burned in 2020. Coonerty said his coworkers, loved ones, friends and people he grew up with were among the people who lived in the 911 homes destroyed.

The maps are intended as a base of information for “geotechnical engineers to evaluate the magnitude of the hazard at individual sites and to design foundations or mitigations accordingly,” wrote Paia Levine, Santa Cruz County’s acting planning director, in a county document.

The data can be used to help site new homes, inform design decisions, and give geologists a reference of where mud is expected to flow, county leaders said. The new maps also are intended to help county officials apply for grants to improve safety in whole neighborhoods in the burn zone.

View the maps and more information on the Santa Cruz County website.

Two residents from the Swanton area of the North Coast said the maps were inconsistent or missing data near Scott Creek. Coonerty said his staff would field their concerns.

Real estate agent Carol Payne told the supervisors that she had worked in the Santa Cruz Mountains since 1984. Payne said that a deed note that indemnifies the county in a mudslide “would definitely affect property values.”

Real estate agents at the meeting said that mortgage lenders, home insurers and real estate attorneys should be consulted before indemnification covenants are attached to deeds. Some noted that state law during rural home sales already requires a geologic disclosure that includes debris flow areas.

Antonia Bradford said she lost her home in the wildfire and has not been allowed to rebuild. Bradford said, “We just want to rebuild our homes and hopefully we are getting closer to doing just that.”