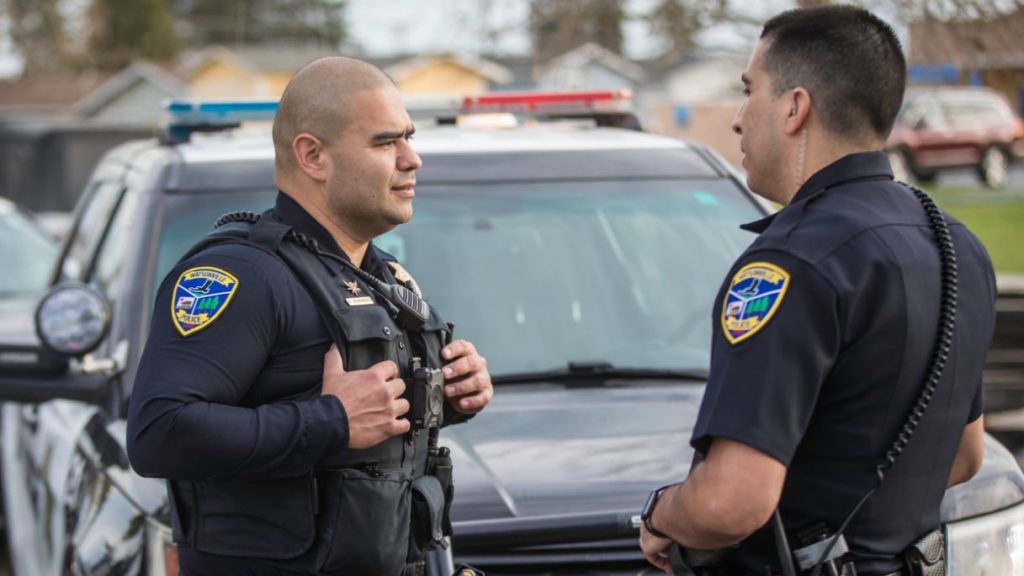 WATSONVILLE >> Watsonville city leaders are expected to adopt a city budget on Tuesday that would raise the police department’s budget by about 8% and nearly double the Parks and Community Services budget. This week, some advocates collected signatures on a budget demand petition that aims to shift money away from police and toward libraries, parks, street and sidewalk repair and other programs.

“I think the community is just tired. Tired of seeing like the city isn’t investing in the community,” said Anissa Balderas, a member of the city’s Ad-Hoc Committee on Policing and Social Equity. The committee is expected to present separate police reform ideas to the city council in August. “Our General Fund isn’t that big compared to other cities. So we need to make sure that our money is going to the best place possible,” Balderas said.

She and others followed Salinas’ lead in distributing a budget demand petition among advocates. They plan to present it to the city council. 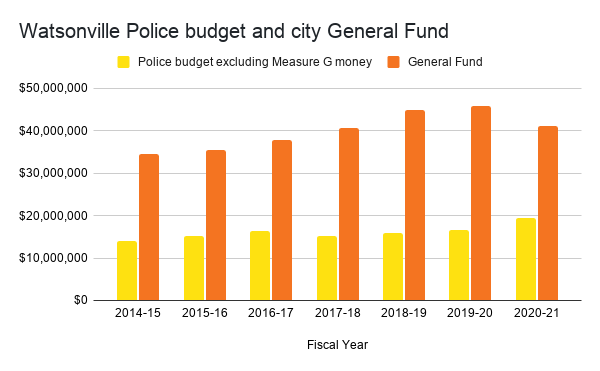 Balderas said Watsonville should do what Salinas did and divert some money from police to basic services like sidewalks. She also wanted the city to aim more money toward housing. Many residents lacked affordable housing and were broadsided financially by the pandemic, she said.

This week’s organizing followed a June 8 city council meeting where more than a dozen residents advocated for police money diverted to social services.

“I understand that community frustration,” said Francisco Estrada, a Watsonville City Council member and a member of the Ad-Hoc Committee on Policing and Social Equity. In an interview this week, Estrada said he wanted to wait until the committee made recommendations to the council in August before he would support changes.

“I’m a big firm believer in processes,” Estrada said. “I want to make sure we try our best to do this right.”

The city council could decide later how money is allocated within the police department or make other changes based on the committee’s recommendations, said Cindy Czerwin, Watsonville’s administrative services director.

Watsonville police has solved, or “cleared” an increasing share of violent crime from 2016 to 2019, according to police records that it reports to the FBI. Calls for service have dropped in the same period. 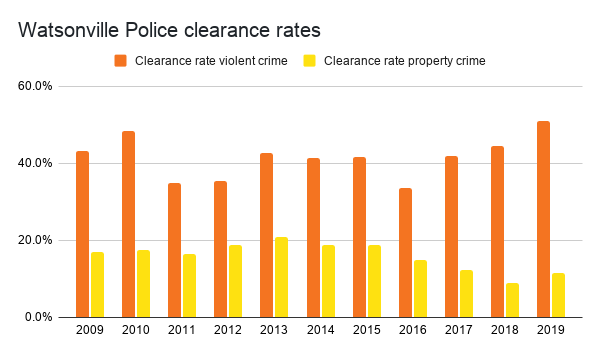 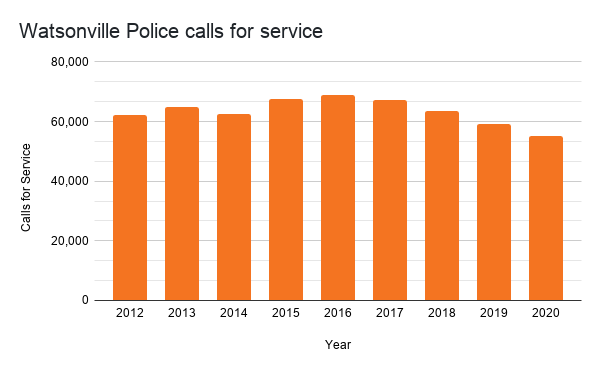