SCOTTS VALLEY >> Scotts Valley has a new plan for future walking and cycling projects, including a new vision for Scotts Valley Drive and Mount Hermon Road.

The Scotts Valley City Council on Wednesday unanimously approved the city’s Active Transportation Plan. It aims to increase biking and walking by 20% and eliminate injuries to bikers and walkers through a set of project and policy recommendations.

Approval of the plan would allow city leaders to apply for matching grants for bike and pedestrian projects, city staff said. Wednesday’s approval came after a survey and months of workshops, committee meetings and public hearings.

“I do want to throw the note of caution out that while there’s a lot of great thinking and intriguing ideas to get us all excited [in the plan], what there’s not is a funding plan to go with it,” said Vice Mayor Jim Reed.

Reed said city staff have pursued grants diligently, but “those tend to be tiny chunks of money.” The city has struggled to provide basic services due to a funding shortfall, Reed said.

“This is vision. This is possibility,” Reed said of the active transportation plan. “This is something that will inform some of those decisions. But these are not decisions to spend public money on these things.”

The plan includes a prioritized project list. The projects with the highest priority include:

Most of the plan focused on the city’s main roads of Scotts Valley Drive and Mount Hermon Road, where most bike and pedestrian collisions have been reported in the city.

More study and public input is needed to pursue any projects, including any options for Scotts Valley Drive or Mount Hermon Road, city leaders have said.

Across all of Mount Hermon Road, the plan recommended:

About eight people spoke during public comment, most of them Bluebonnet Lane residents who worried about bike and pedestrian safety on their street. Most were supportive of parts of the plan that called for safety measures such as bollards and a traffic circle on Bluebonnet Lane. 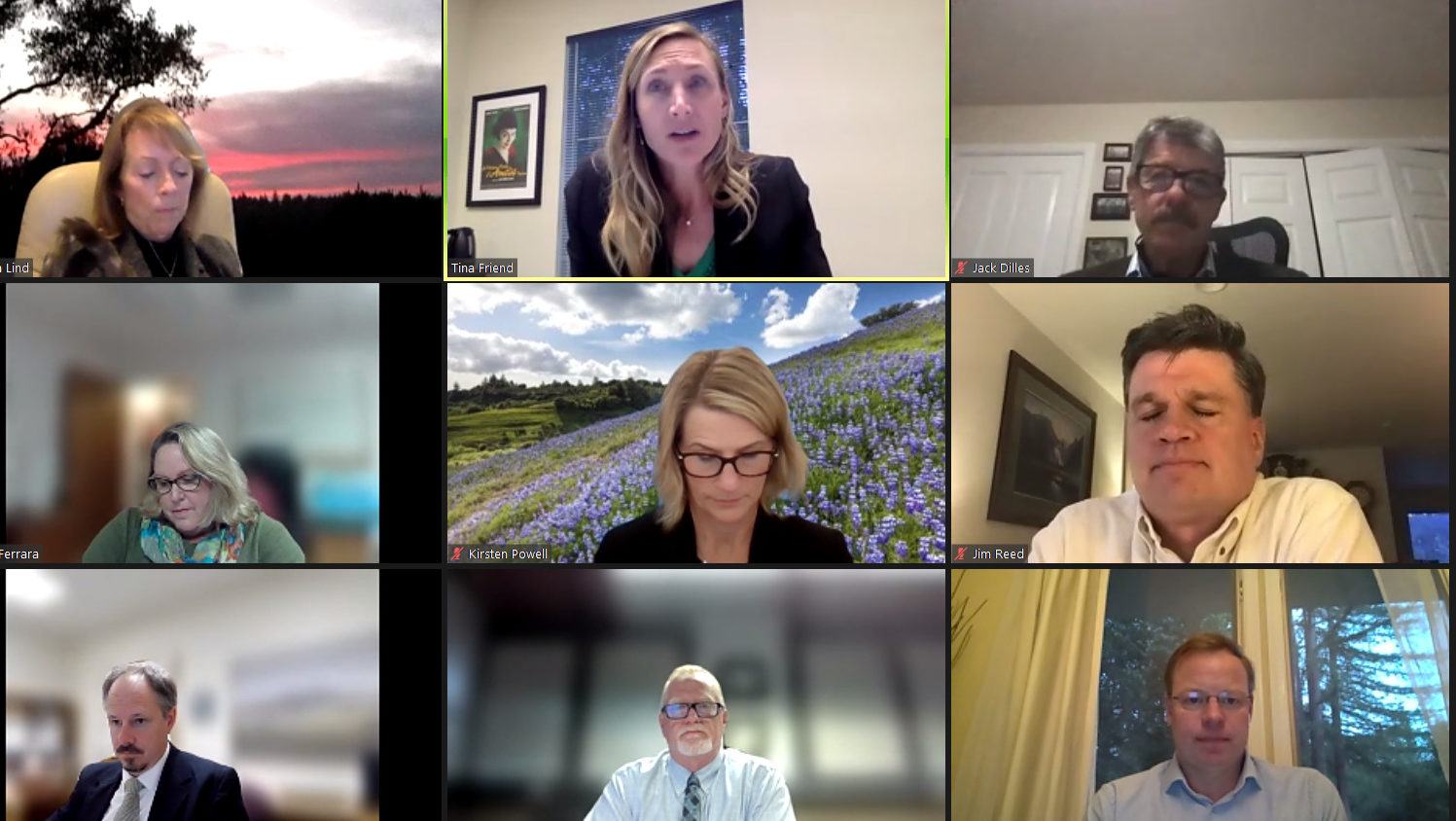 In a study session Wednesday, the council heard about a recent state law that will require cities to provide organic waste collection. The council took no action, but discussed the need for new city laws and a likely increased waste collection cost for ratepayers.

The law takes effect Jan. 1, 2022 and includes penalties for noncompliance.

It is still unclear how much rates will increase for customers. Rates are set by GreenWaste, not the city, said City Attorney Kirsten Powell.

“Our staff will be working with the hauler obviously to keep those rates as low as possible,” Powell said.

In other news, city staff have reopened rentals of facilities such as picnic areas in parks, City Manager Tina Friend announced Wednesday.

Gatherings and events are allowed in city parks with a maximum of three households, Friend said.