SANTA CRUZ >> Preliminary plans have been submitted for a six-story apartment complex with shops at 130 Center St. in Santa Cruz. The lot near Depot Park now has an auto body shop and a Hertz rental car shop.

Swenson, a San Jose-based developer, has named the project Calypso. Its plan calls for: 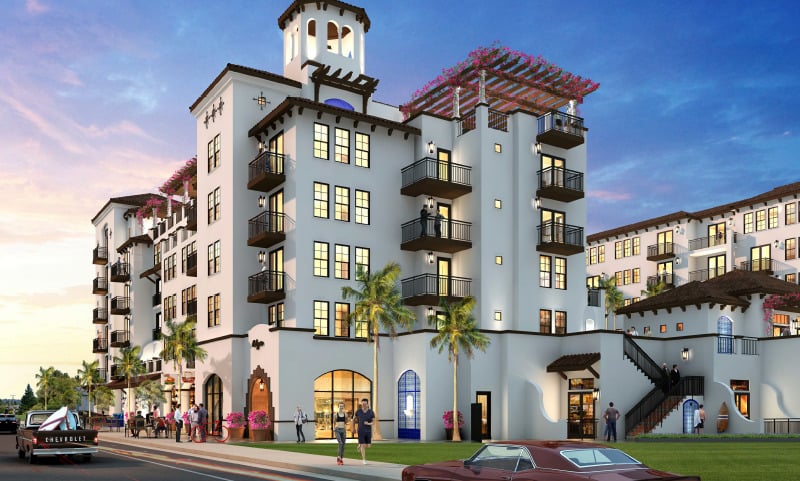 A six-story apartment and retail complex has been proposed for 130 Center St. across from Depot Park. (Swenson)

The project is in an early phase and has not been considered by the city of Santa Cruz’s planning commission. Swenson representatives have not yet said whether the units would be rented or sold.

“Swenson is looking forward to providing new housing and more affordable housing in the city of Santa Cruz. We will provide more detailed comments when we have feedback from city staff,” wrote Jessie Bristow, a Swenson development project manager, in an email to Santa Cruz Local.

The developer plans to pursue a density bonus to request more height, building mass and different setbacks than local zoning allows. State law allows developers to receive those types of concessions in return for affordable housing units for lower income levels as defined by the state.

Among the 233 units, the developer has proposed: 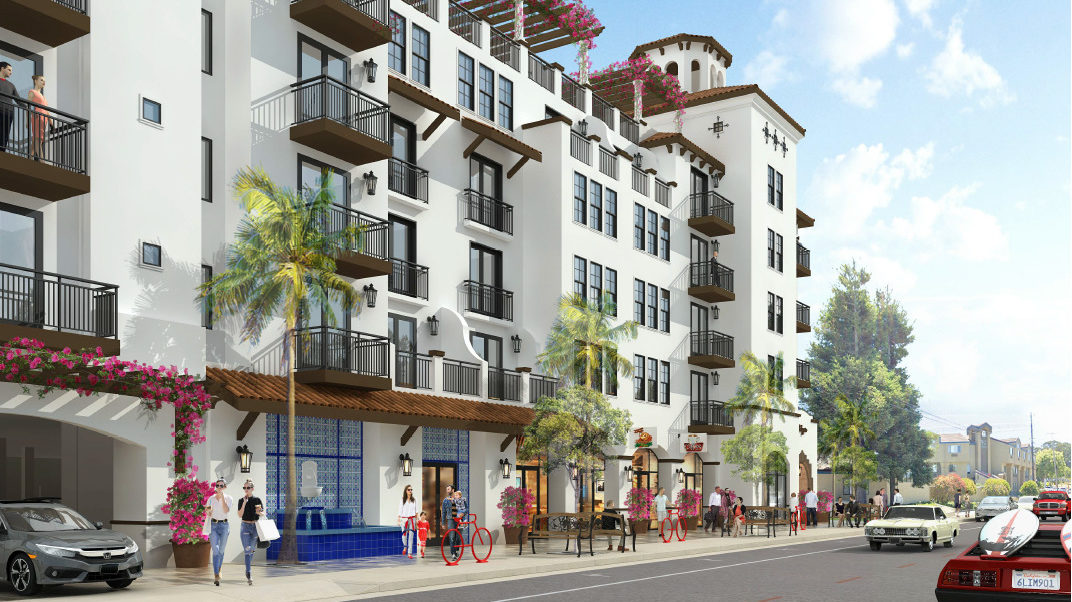 Plans for the Calypso project at 130 Center St. in Santa Cruz include an underground and ground-floor garage and a roof deck. (Swenson)

The 1.2-acre lot is home to Chris Bordner Auto Body and a Hertz car rental shop. It’s across Center Street from Depot Park and close to the Santa Cruz Police Department.

The site is near several busy intersections including Pacific Avenue and Laurel Street and Front and Laurel streets. Hexagon Transportation Consultants prepared a traffic study in February for the developer.

The traffic study estimated the project would:

Also, Hexagon recommended a second driveway or a changed garage entrance. It also recommended that bike parking be relocated to the first floor.

The study found that noise mostly from cars and partly from soccer games at Depot Park would exceed standards for the residential spaces. The report recommended that the project keep windows and glass doors along Center Street closed and provide mechanical ventilation for those spaces. The consultants also recommended windows and exterior doors that form an air-tight seal.

Residents can submit written comments to Santa Cruz city staff about the proposal. 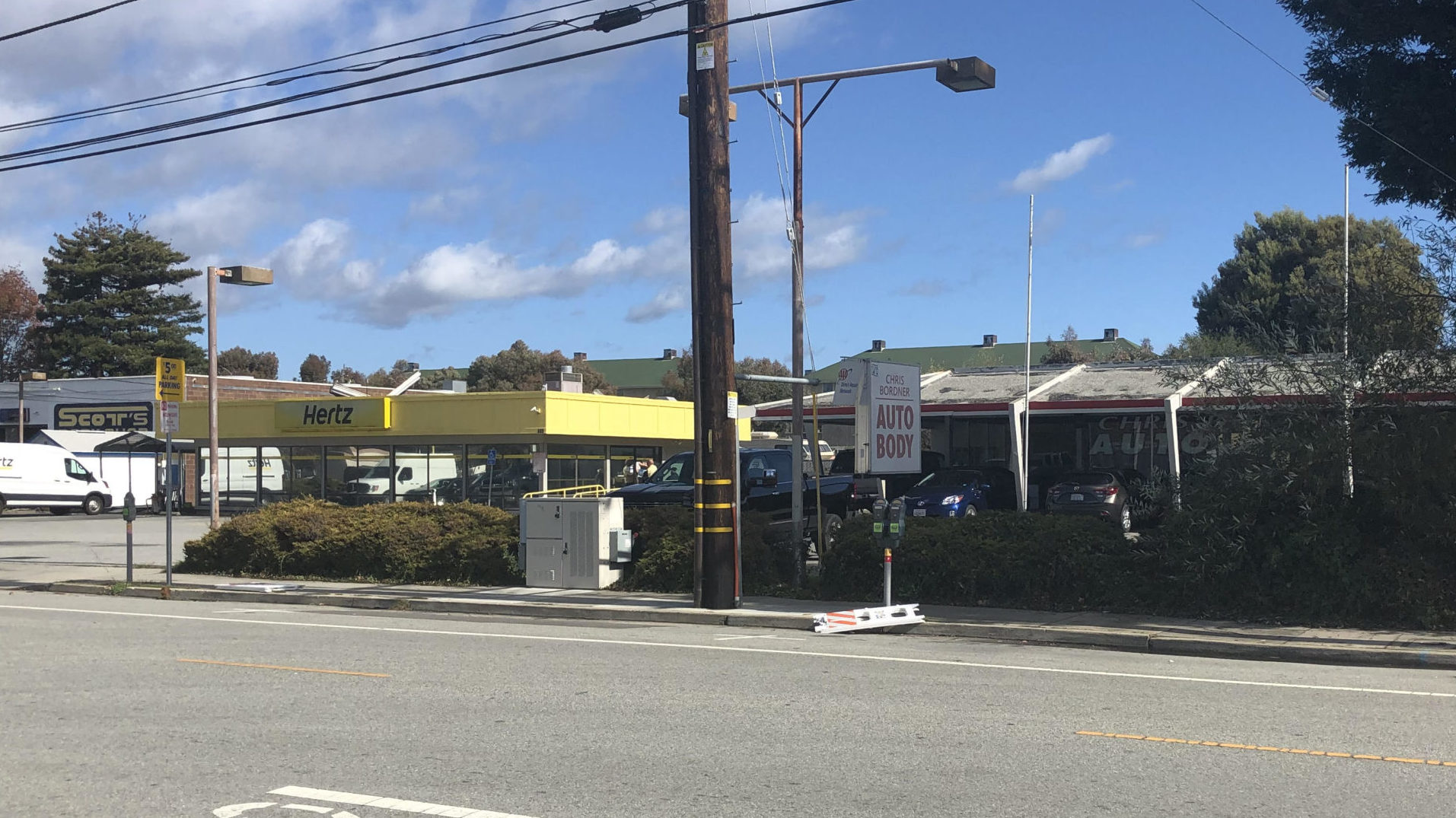 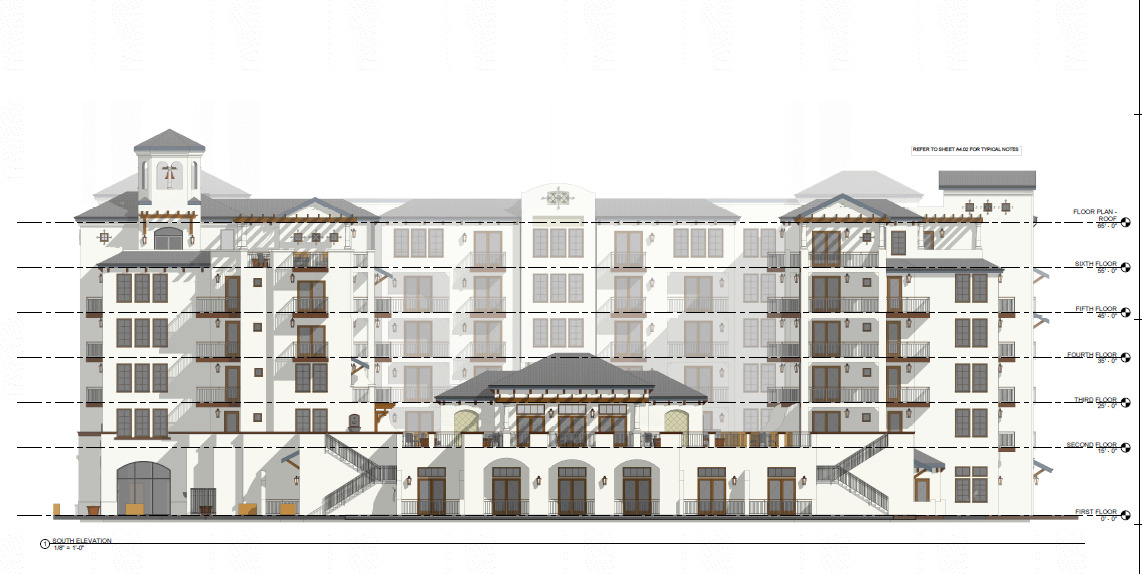 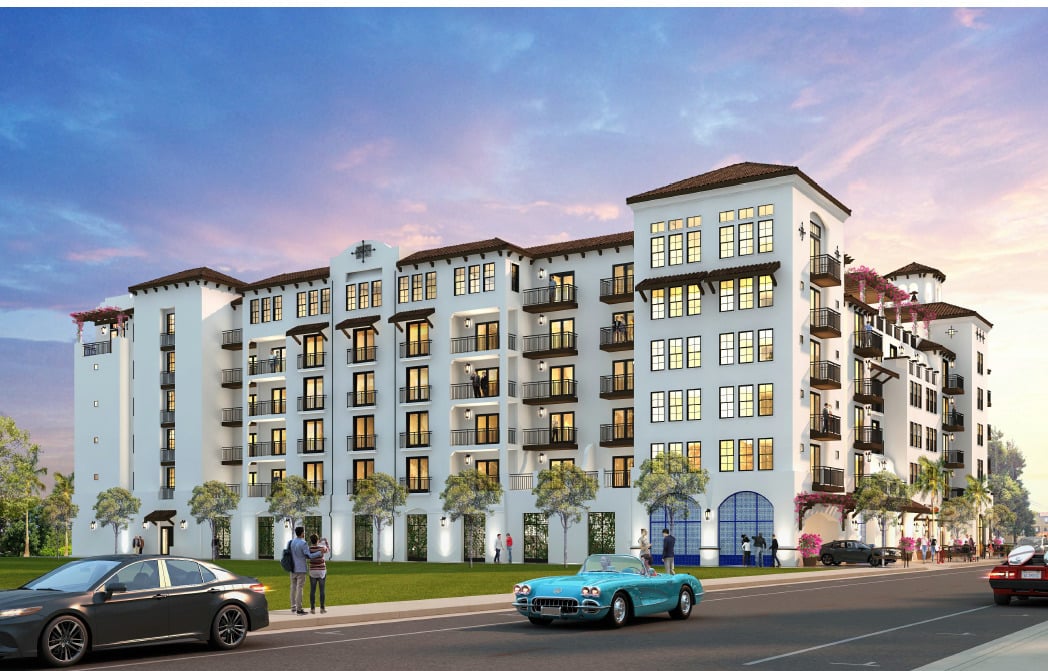 The developer of the Calypso housing project in Santa Cruz plans to request a density bonus for more height, building mass and different setbacks than local zoning allows. (Swenson)