Santa Cruz Local offers its Watsonville City Council recaps free as a public service. We want everyone to know what happens in local government. It makes our community stronger.
Santa Cruz Local depends on memberships from people like you to make sure vital information can be available to all. Can we count on your help?

WATSONVILLE >> Amid drastic revenue losses due to COVID-19 shutdowns, the Watsonville City Council discussed $4.3 million in budget cuts Tuesday, including a controversial proposal to kill the city’s sports programs.

No vote was taken on the budget Tuesday. A vote on the budget, which takes effect July 1, is expected at the council’s June 23 meeting. City staff said that they expect the council to update the budget at least every three months as COVID rules and the city’s revenue change.

Sports could be funded again once the state allows youth sports competitions, said City Manager Matt Huffaker. The sports division had cost the city about $87,000 annually.

Dozens of residents spoke or sent emails to urge the council to keep youth sports in the budget. The meeting was held online on GoToMeeting, and audio cut out several times for roughly 60 people in attendance.

“I understand that there will be layoffs and cuts to city programs and services. It is time to be creative in your approach to evaluating the city’s priorities,” wrote Abel Mejia, a Watsonville High School social studies teacher and city resident. “If we don’t have money for kids, what are we saying about the future?”

Some urged the city council to reallocate money from the police department toward youth sports programs, given the protests across the nation this month against police brutality and for reform.

Watsonville has a Police Athletic League that offers youth athletic programs through the city’s police department. It was funded in years past by the city’s sales tax. In the next fiscal year, city staff propose that it fall under the police department’s general fund allocation.

Councilmember Aurelio Gonzalez said it’s not the city saying no to sports; it’s the state and the county. The budget the council approves will be flexible, he said.

City staff project a $6.5 million deficit for the next fiscal year. The city already has seen losses in some of its top revenue streams: sales and hotel taxes, parks and recreation fees, and permit and planning department fees, among others.

About $3 million of proposed cuts come from salaries and benefits. Already, vacant positions have been eliminated, seven city employees have been laid off, and raises have been delayed for staff that includes executives and managers.

The proposed budget includes use of $2.2 million in emergency reserves and another $1.3 million of cuts in spending by departments and for construction.

The moves intend to increase the city’s revenue from its cannabis tax.

Councilmember Felipe Hernandez said he disagreed with the residents who wrote to the council and said that the proposal would prioritize cannabis over youth activities.

“It’s really not the essence of what we’re doing. I think what we’re trying to do is create an economic revenue where we can preserve these kinds of activities that we want for our youth,” Hernandez said.

Councilmember Francisco Estrada, in explaining his no vote, said he’d rather take a balanced, intentional approach to an overhaul of cannabis rules. “If we’re really thinking about what families want in this community, I very much doubt that dispensaries are on the top of their list,” Estrada said. 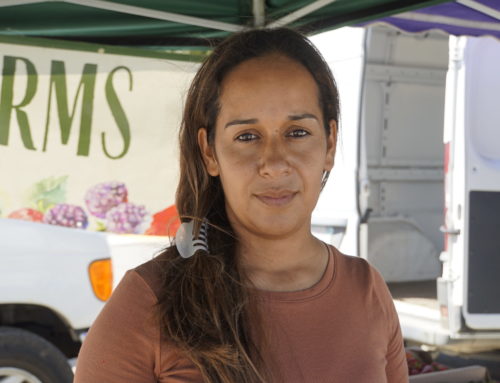