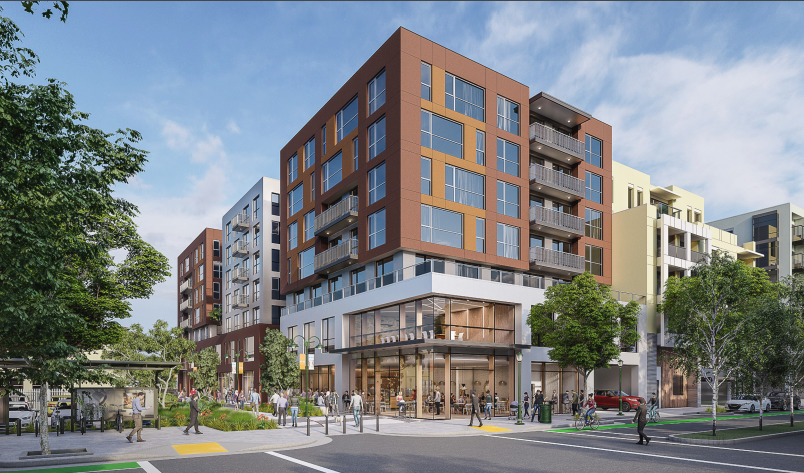 A 100% affordable housing project is planned on Pacific Avenue at the site of the downtown Santa Cruz bus station. (For the Future Housing) 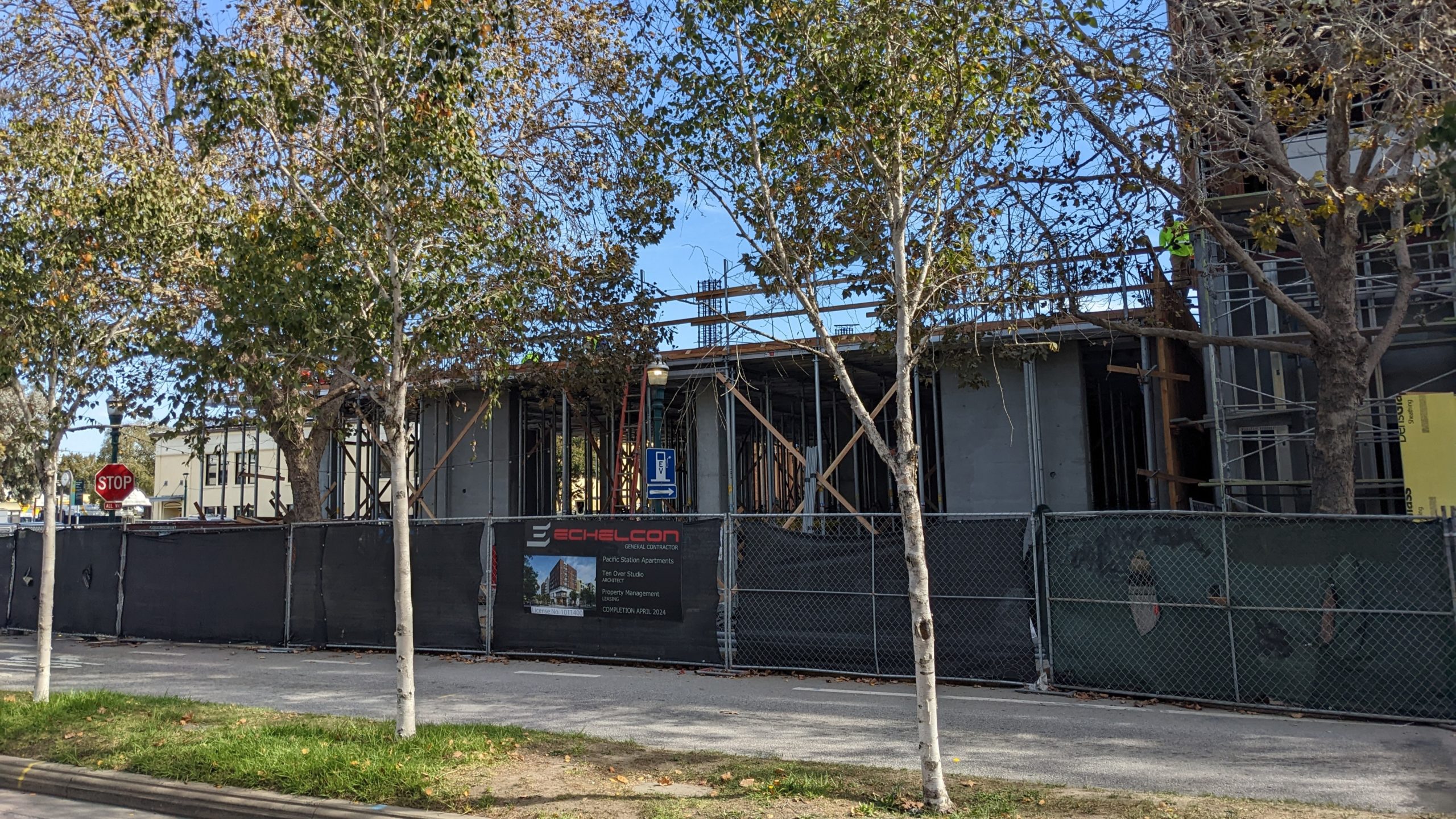 A seven-story building with 85 affordable units is being construced on the south part of the Santa Cruz Metro bus station lot on Oct. 19, 2022. (Stephen Baxter — Santa Cruz Local) 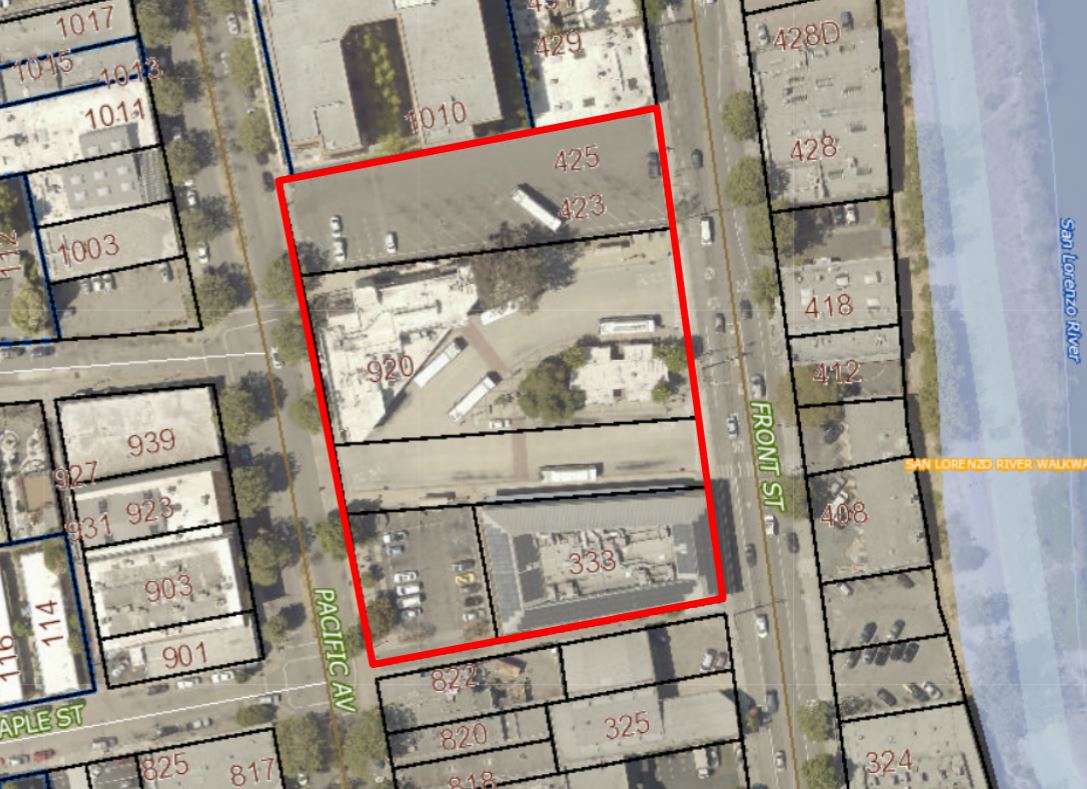 The property now has bus lanes from Pacific Avenue to Front Street. (City of Santa Cruz) 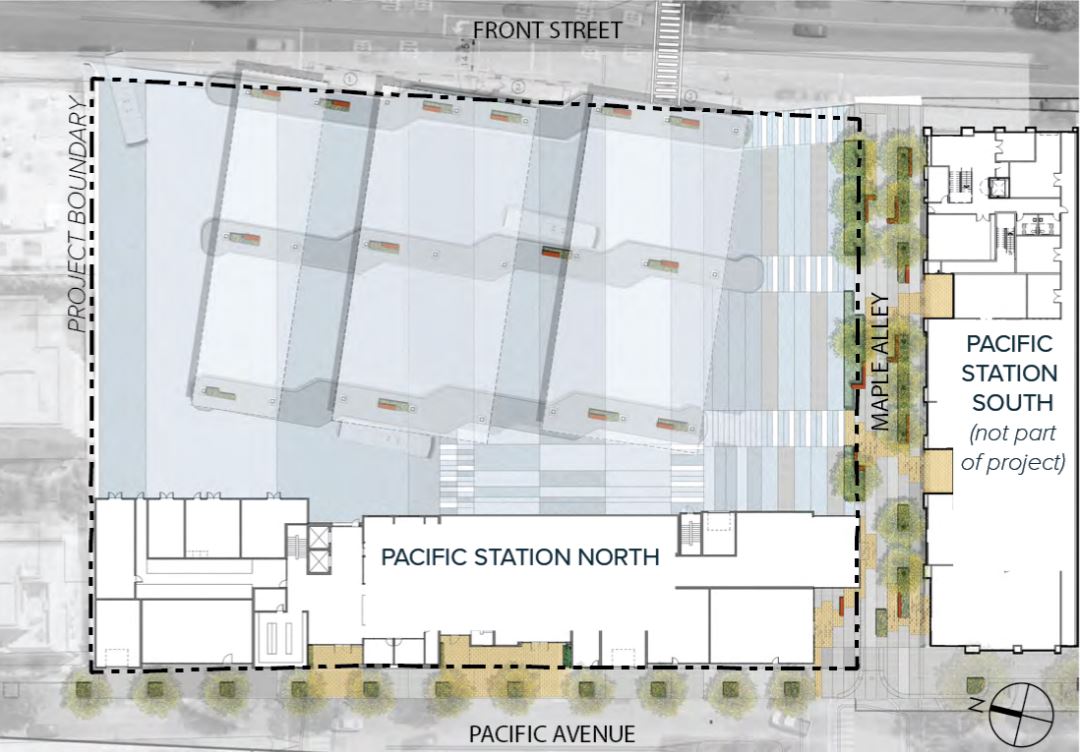 Plans call for more than 175 homes above shops. (For the Future Housing)