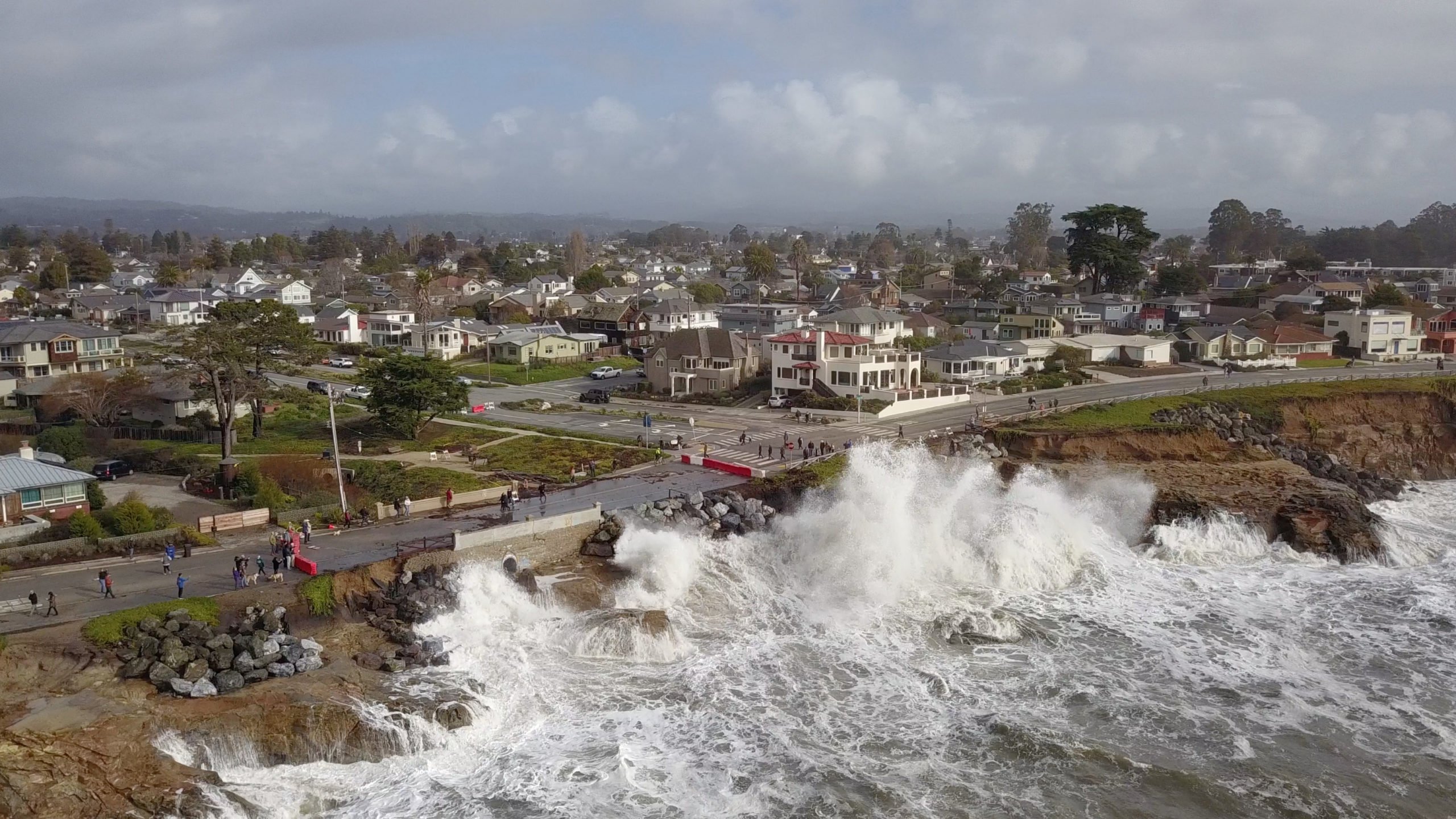 SANTA CRUZ >> During a break in the rain Tuesday, Santa Cruz County officials described more than $27.8 million in storm damages to roads, parks and coastal access in unincorporated county areas since Dec. 30.

The estimate did not include flood damage to many businesses in Capitola, standing water in some Watsonville homes and car-sized chunks of the West Cliff Drive path that were carved out by waves and rain in the city of Santa Cruz. It also didn’t include more than $1.3 million in damage to water pipelines in the San Lorenzo Valley Water District during the storms, county leaders said.

One rain gauge in the county received 23 inches of rain in the past 10 days, said Dave Reid, director of the Santa Cruz County Office of Response, Recovery & Resilience.

Similar rainstorms in February 2017 and March 2011 caused slides in the San Lorenzo Valley and flooded areas like Capitola. In January 1982, storms caused mudslides and other dangers across the county that killed 22 people.

One person has died during this winter’s series of storms, a 72-year-old man who was killed by a fallen tree in Lighthouse Field State Beach in Santa Cruz on Dec. 31.

Also on Dec. 31, Soquel Creek flooded Soquel Village for the first time in more than 40 years, Reid said. Then it flooded again on Monday, Jan. 9.

The storms’ reach is “not unfamiliar territory.” Reid said during a Santa Cruz County supervisors meeting Tuesday. “Our hills and mountains and streams are saturated and full. Even smaller (rain) events that hit us in short succession could have much more impactful damage.”

“I want to thank the community for taking care of themselves,” Newsom said. “It’s remarkable. Just walking through these businesses, how many of the businessmen and women — the owners of these businesses — said people just showed up. (They) said they needed just one thing, which was gloves, and they took it upon themselves to help clear out the debris and try to get this community back on its feet. And that’s the spirit that marks, I think, these moments.” 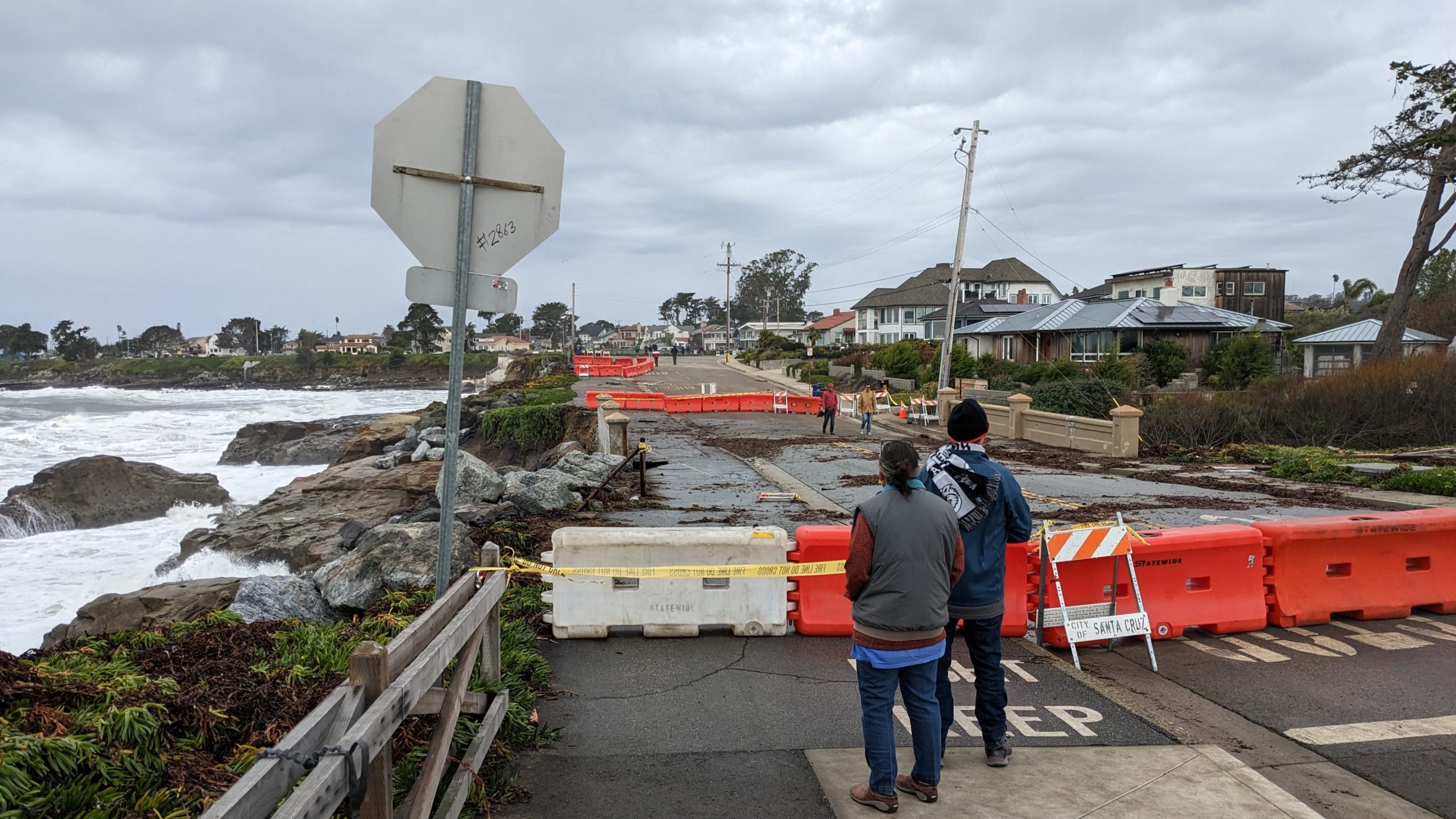 During the past week, threats to the Pajaro River flood basin promoted evacuation orders for nearly 30,000 people, Reid said.

On Wednesday, Jan. 11, emergency repairs are expected to start on a “seepage berm” on the Pajaro River about one mile upstream of the confluence of the Pajaro River and Salsipuedes Creek, said Santa Cruz County spokesman Jason Hoppin, in a statement.

The work in an agricultural area aims to add support to the levee until the U.S. Army Corps of Engineers begin extensive fortifications on the Pajaro River levee and other waterways near it. The emergency work is expected to take about a week. Similar fixes were made just downstream from the site in 2017, Hoppin said.

More steady rain is anticipated Wednesday, Jan. 11 and Saturday, Jan. 14, according to the National Weather Service.

“We can definitely bounce back from this,” said Capitola Mayor Margaux Keiser during a news conference Tuesday. “We’re going to need more support going into the future,” Keiser said. 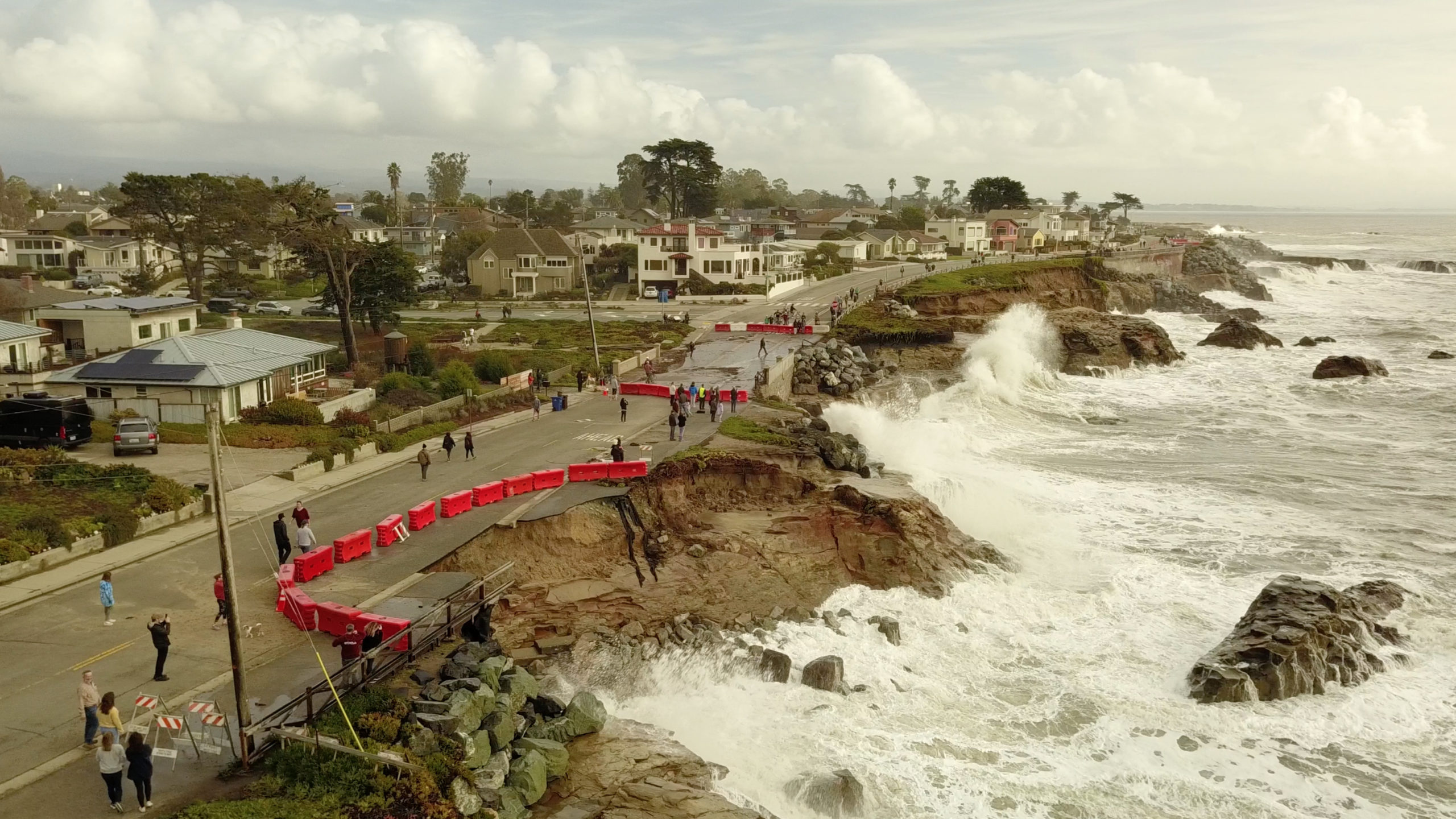 During Tuesday’s county supervisors meeting, Santa Cruz County Supervisor Bruce McPherson said some residents asked why the county was not more prepared. McPherson said county workers maintain more than 600 miles of roads in unincorporated county areas. “There’s just no way to know” where and how trees will fall, block roads and knock out electricity, McPherson said.

McPherson added that the county was about two-thirds through its backlog of road repairs from the 2017 storms. Without road repair money that county voters approved in 2016’s Measure D, “This could have been much worse,” McPherson said of the recent damage.

Editor’s note: This story has been updated to correct a date that Soquel Village flooded.

Learn about evacuation orders, shelter, road closures and how to help.
Get informed