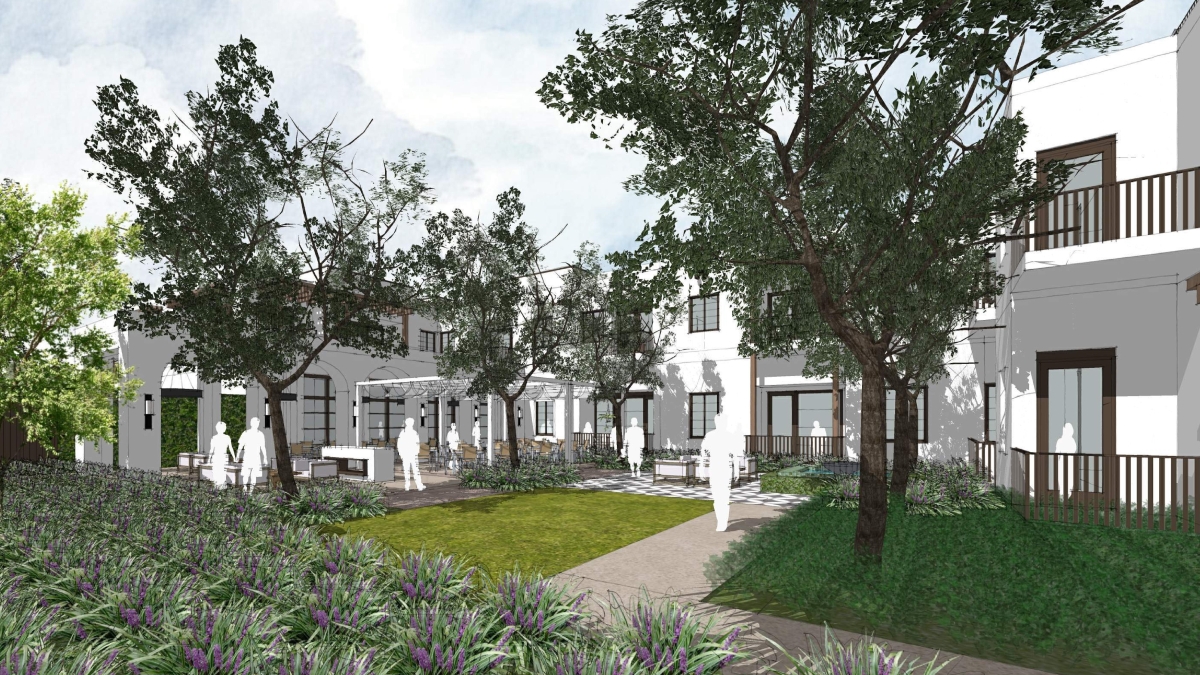 An artist’s rendering shows two-story buildings and an outdoor common area at a senior housing project expected to be built on Eucalyptus Avenue in Santa Cruz. (Oppidan Investment Co.)

Editor’s note: More information about affordable units has been added to this story.

Santa Cruz city staff essentially said that the city’s rule to have 20% of new housing units be affordable only applied to the 13 units with kitchens. Rounded down, that meant two units were set aside to be affordable based on state income limits for “low income” households.

Schiffrin pointed to city code that he said showed that 15% of the 59 assisted living units should be made affordable. The commission voted 3-2 to approve the project with the 15% affordability requirement.

Stanger, the senior planner, said Friday that the change meant that nine affordable units would be built rather than the original two affordable units. “The inclusionary (affordable) units would be a mix of studio, one-bedroom, and two-bedroom units comparable to the mix of units in the project,” Stanger wrote in an email Friday.

Kennedy said he disagreed with Schiffrin’s legal interpretation. Mesiti-Miller said he also disagreed, especially given that the affordability requirements were closely examined by lawyers in the city attorney’s office and Assistant Director of Planning and Community Development Eric Marlatt. 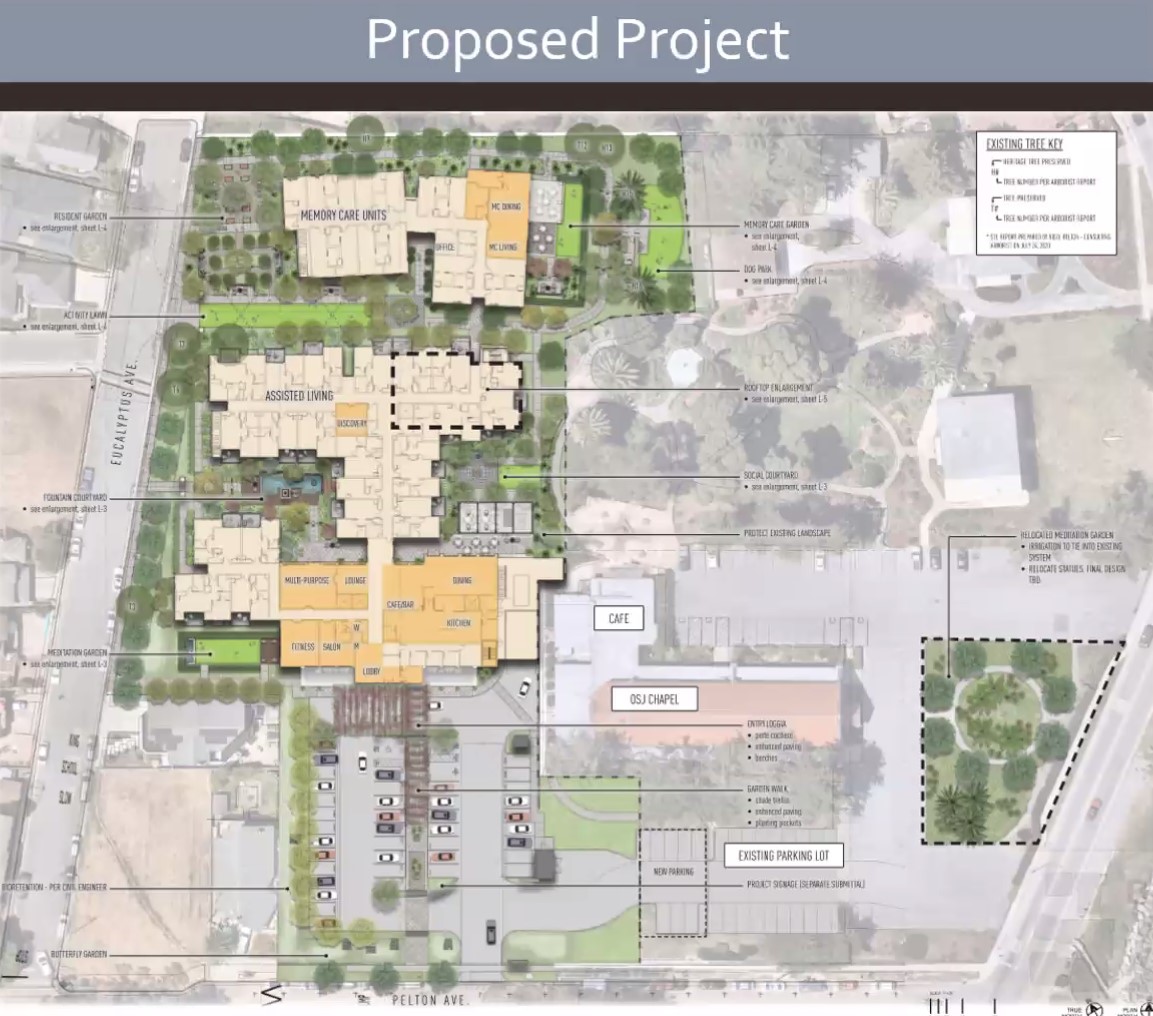 Schiffrin said seniors have few housing choices. “We have a crisis in affordable housing, Schiffrin said. “We’re essentially making it impossible for low-income seniors to live in these facilities.”

Several neighbors at the meeting expressed concerns about construction traffic on Pelton Avenue and surrounding streets. Another approval condition was the installation of a “more substantial traffic control device” — rather than a sign — to prevent drivers from turning right on to Pelton Avenue from the project at 126 Eucalyptus Ave. A bulb-out or other traffic calming device was suggested. 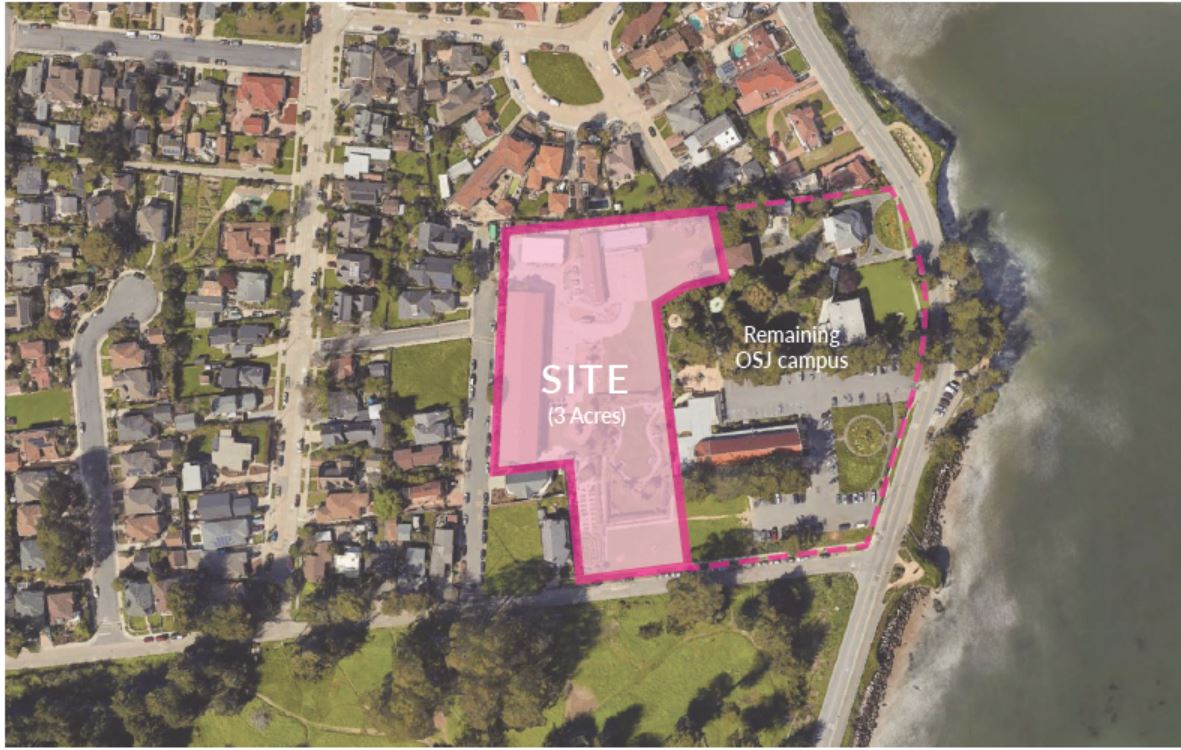 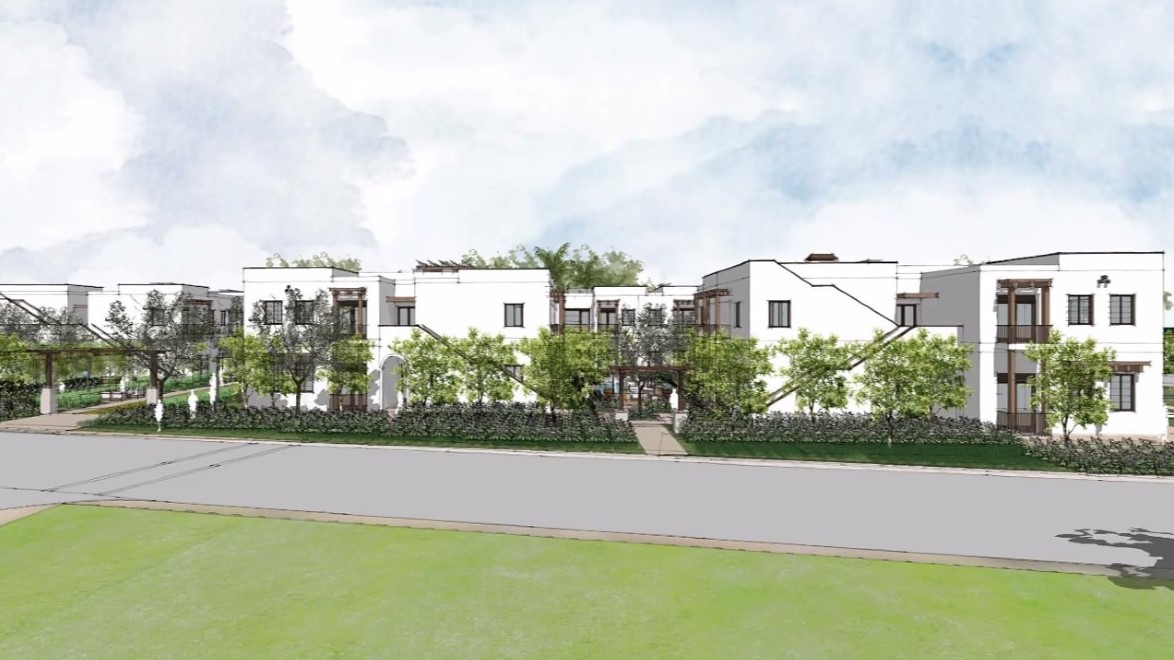 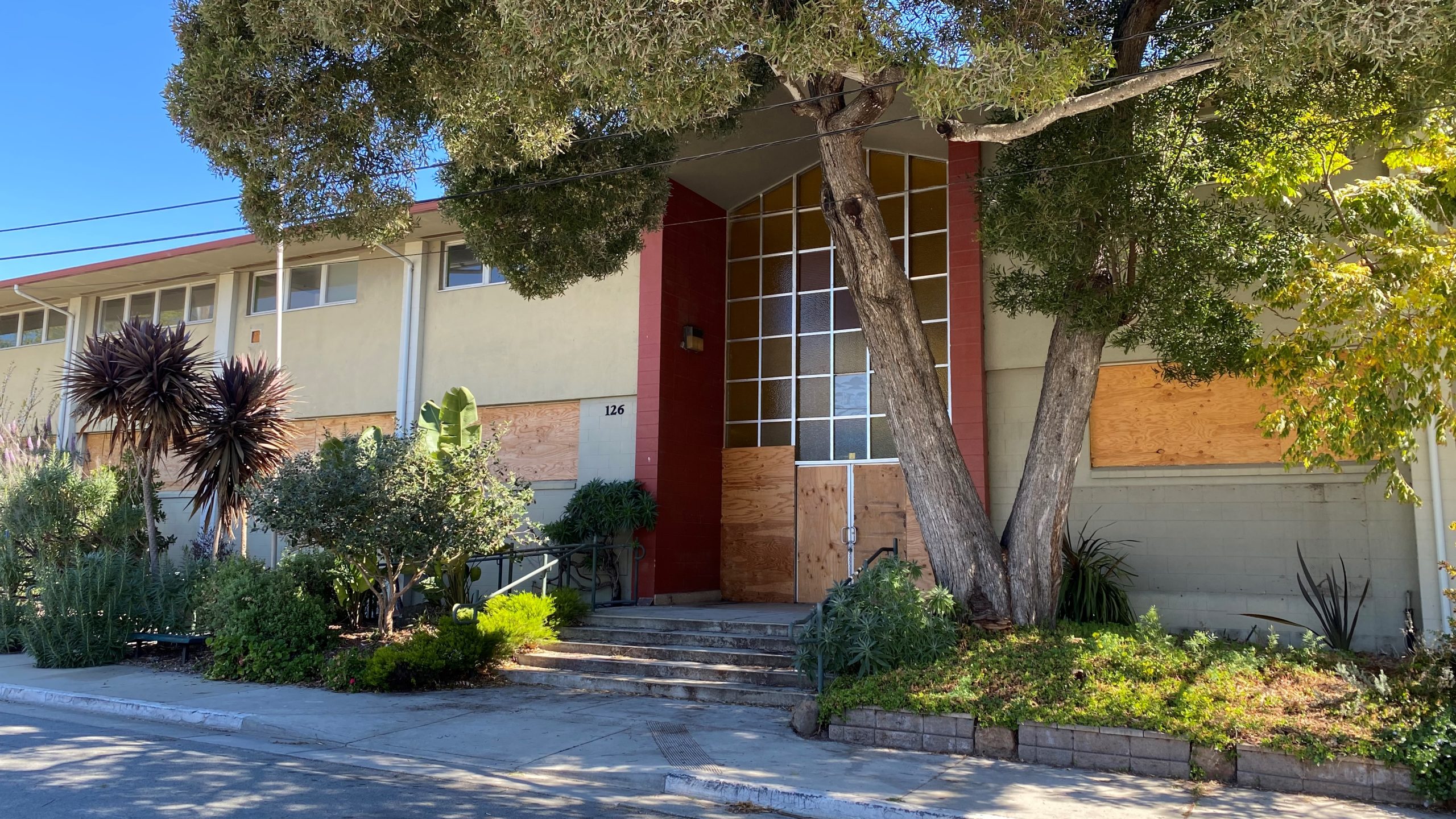