When and where do city councils and the board of supervisors meet? 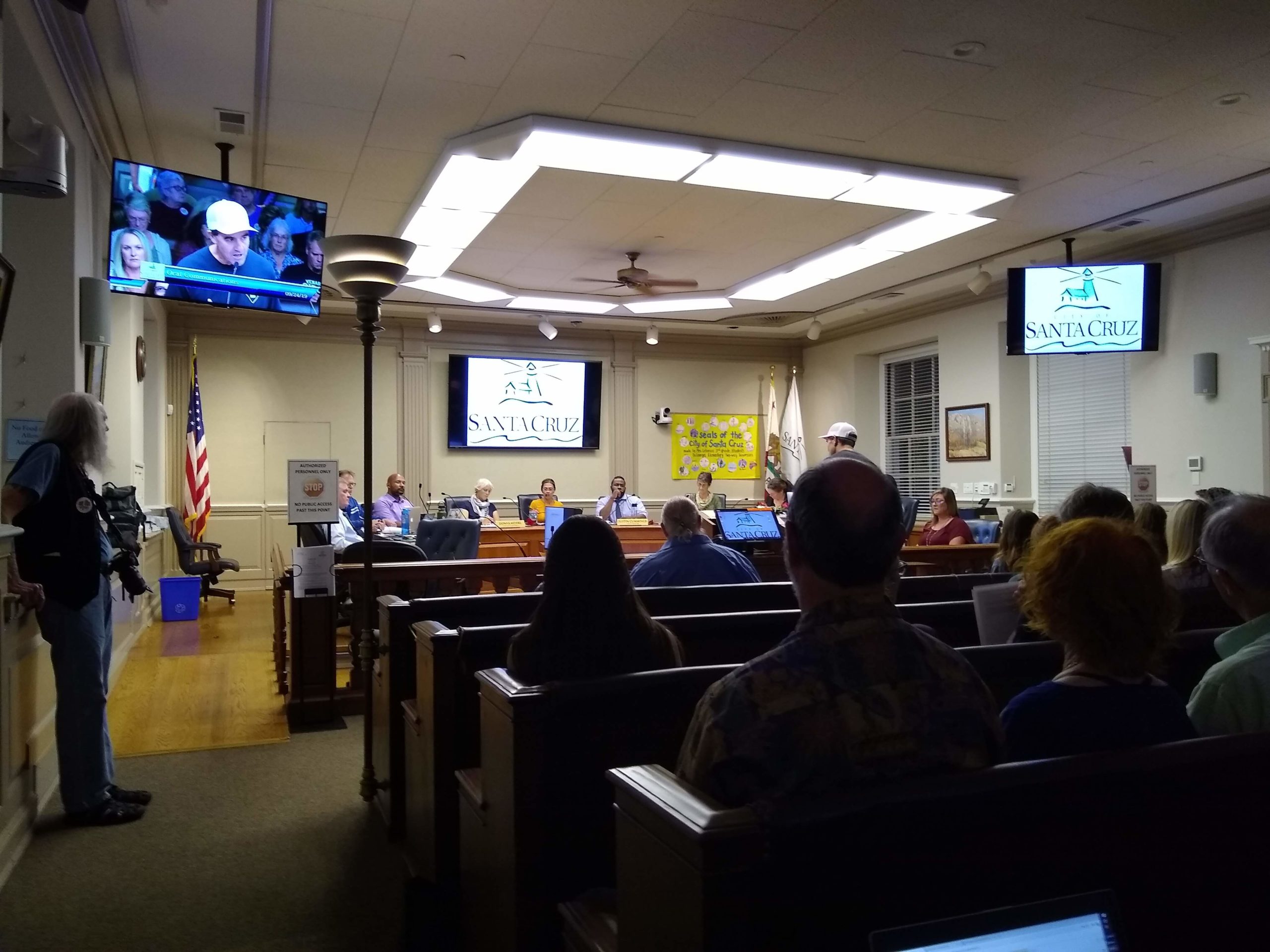 When: City council usually meets on the second and fourth Tuesdays of each month at 5:30 p.m. Meetings can start from 4 p.m. to 6:30 p.m.
Where: Watsonville city council chambers, 275 Main St., fourth floor, Watsonville.
Viewing tip: When meetings are live, there is typically a prompt on the home page of CityofWatsonville.org.
Note: Your mail address may say “Watsonville” but you may live outside city limits. Laws and decisions made by this body only affect areas within the City of Watsonville. Areas outside of the city are governed by the Santa Cruz County Board of Supervisors.
Agenda and livestream

When: City council usually meets at 7 p.m. on the second and fourth Thursdays of each month.
Where: Capitola city council chambers, 420 Capitola Ave., first floor, Capitola. (Meetings have been held online only in 2021 because of COVID-19 precautions.)
Viewing tip: The Zoom link provided in each agenda has been better video and audio quality than the Community Television feed.
Agenda and livestream

When: City council typically meets at 6 p.m. on the first and third Wednesday of each month.
Where: Scotts Valley city council chambers, 1 Civic Center Drive, Scotts Valley. (Meetings have been held online only in 2021 because of COVID-19 precautions.)
Agenda and livestream

When: City council usually meets on the second and fourth Tuesday of each month. There are typically early and late sessions. The late session typically starts at 6 p.m.
Where: Santa Cruz city council chambers, 809 Center St., Santa Cruz.
Viewing tip: These meetings are typically the longest in the county and have run past midnight.
Note: “Santa Cruz” mail addresses may be outside city limits in places such as Live Oak. This body sets policies only for areas within city limits.
Agenda and livestream

Santa Cruz County Board of Supervisors

When: Supervisors usually meet at 9 a.m. the second and fourth Tuesday of each month. Supervisors typically break for lunch and start an afternoon session at 1:30 p.m.
Where: Board of Supervisors’ Chambers, 701 Ocean St., Room 525, Santa Cruz. (Meetings have been held online and in person as of late summer 2021.)
Viewing tip: The Facebook feed usually has had better audio and video quality than the Community Television feed. No Facebook login is required.
Note: If you live in Live Oak, Aptos, La Selva Beach, San Lorenzo Valley, Davenport, Soquel, Freedom, Corralitos, the Santa Cruz Mountains or any other unincorporated area outside city limits, these are your representatives.
Agenda and Livestream