A six-story housing complex is planned for the city block at Pacific Avenue and Front and Laurel streets in Santa Cruz. (Rendering: HBA Architecture and Planning) 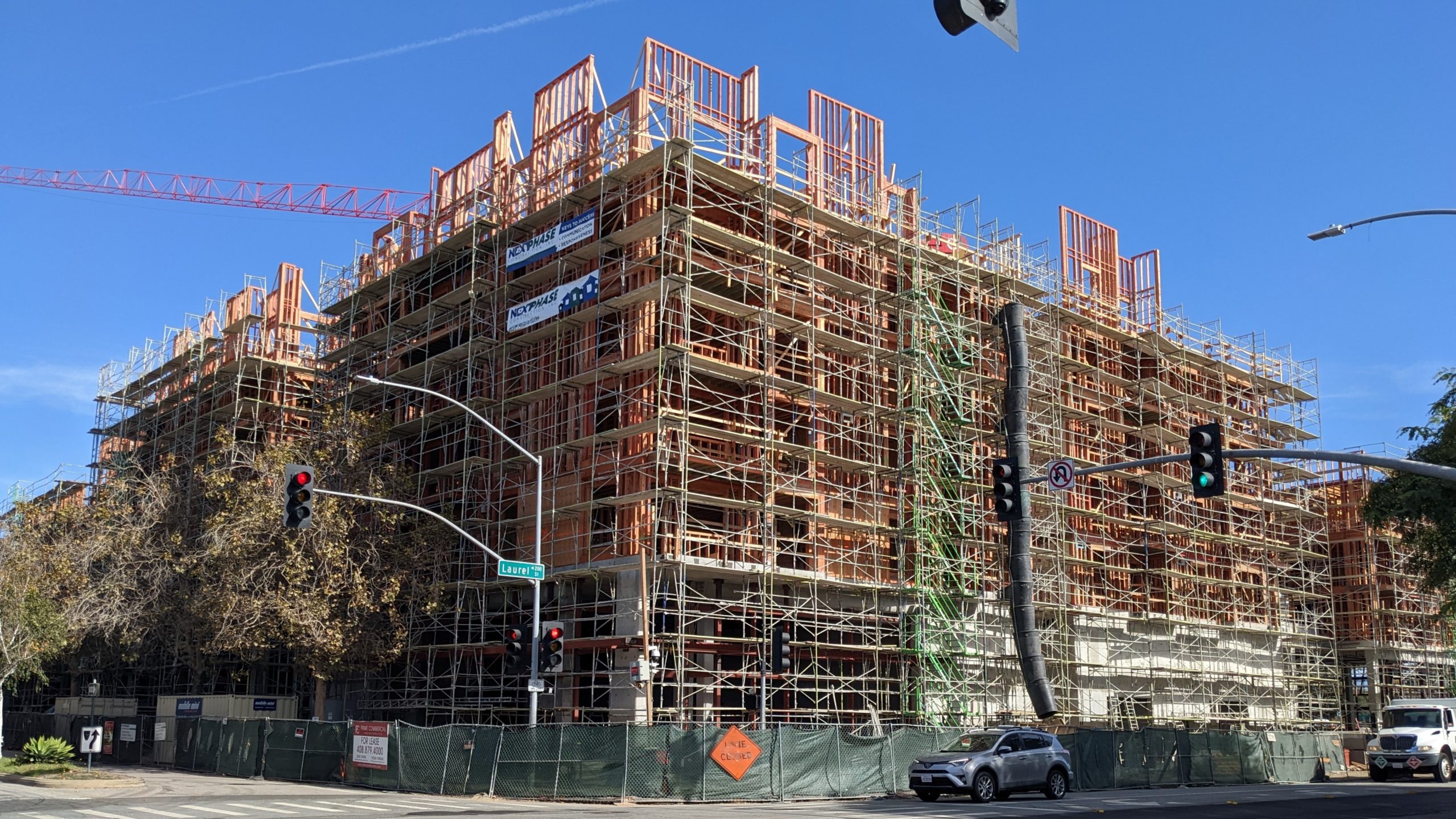