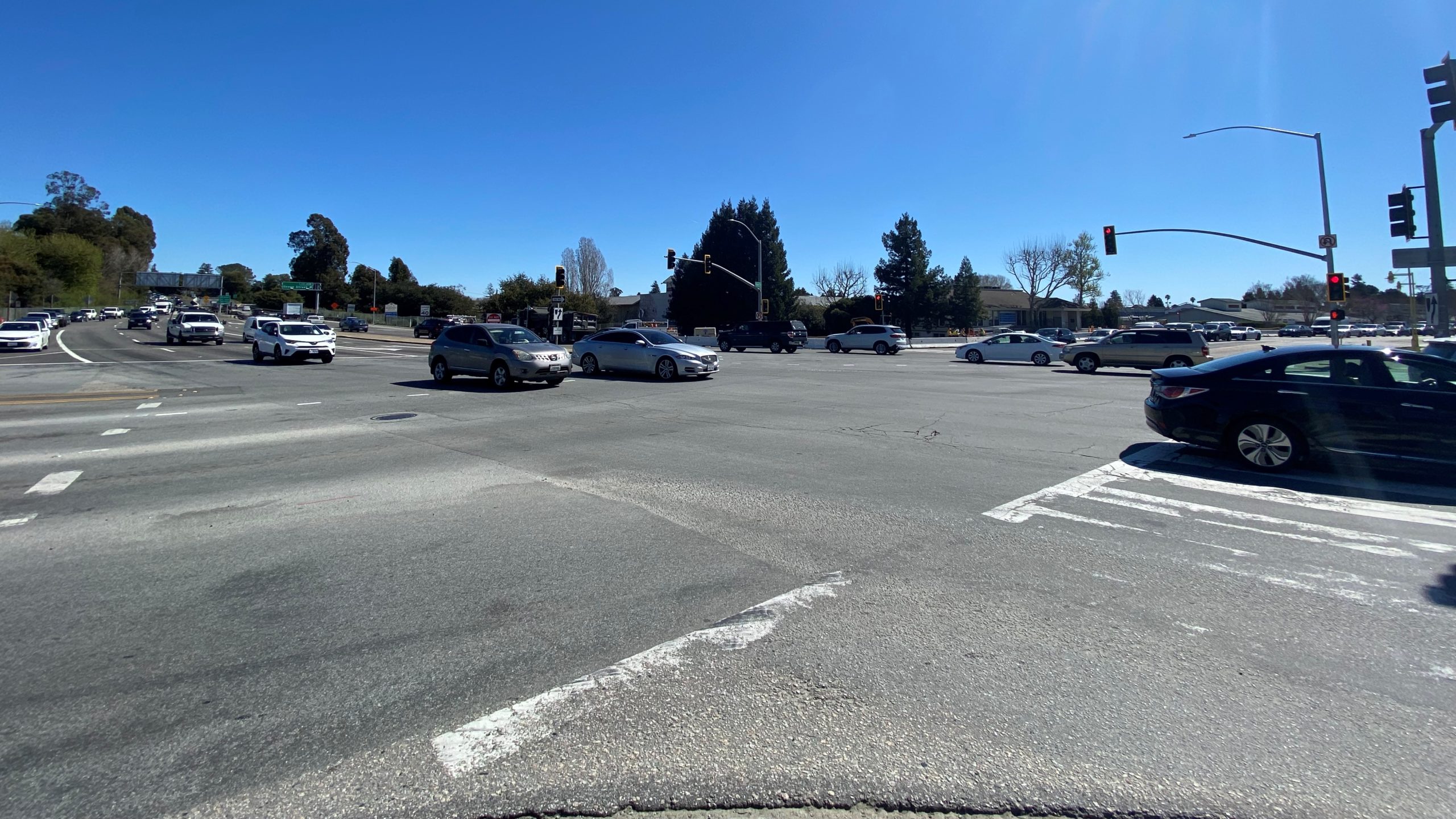 A project will add turn lanes, bike lanes and other features at Highway 1 and Highway 9 in Santa Cruz. (Patrick Riley — Santa Cruz Local) 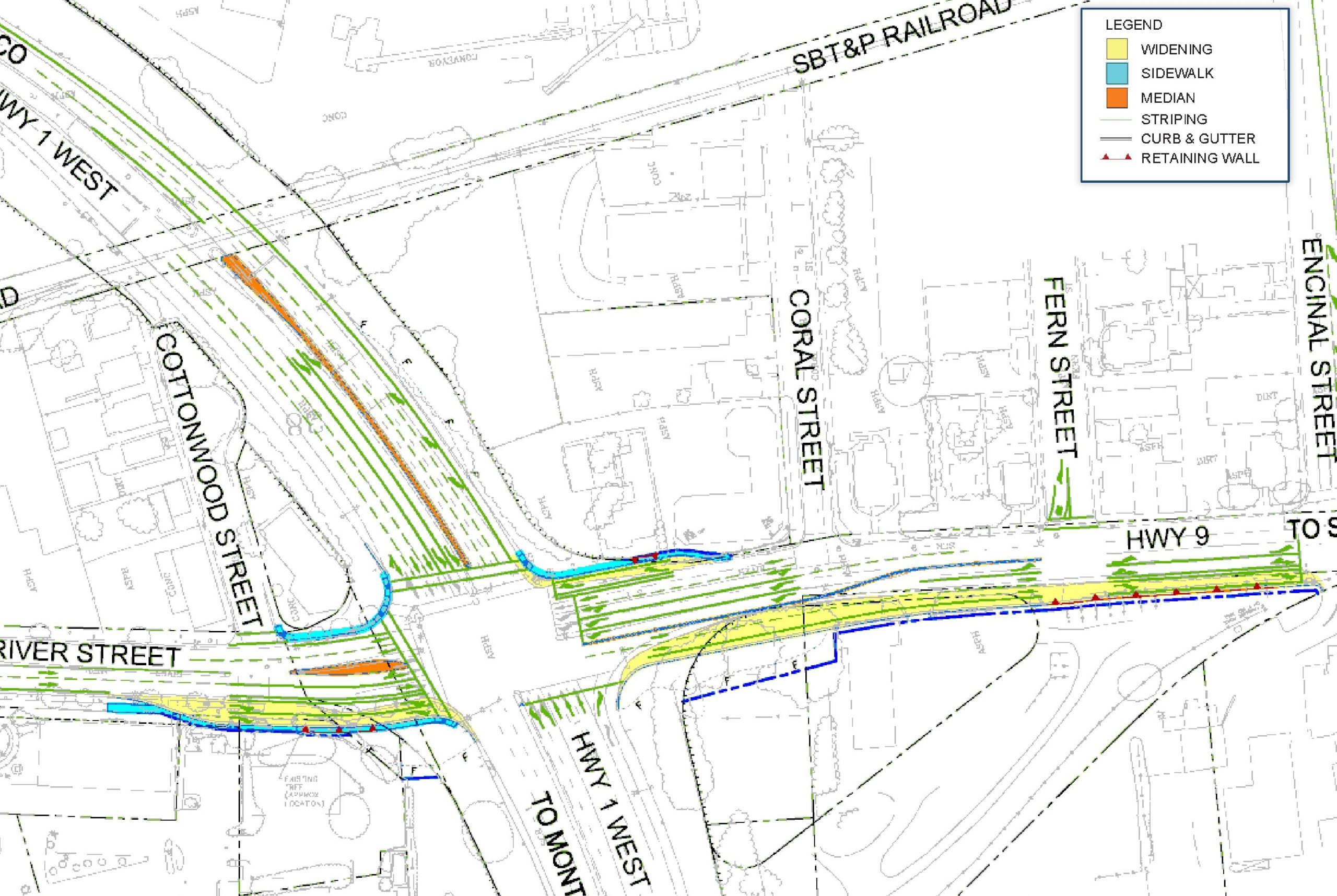 Turn lanes, sidewalks and other features are expected to be added at Highway 1 and Highway 9 in Santa Cruz. (City of Santa Cruz)

Timeline: Graniterock Construction, a contractor, is expected to finish the project in July 2022.

Cost: The project is expected to cost about $6 million. Money comes from local developer fees, gas taxes and state and federal grants, according to a city of Santa Cruz statement.

Updates: During the week of March 11, 2022, sidewalk work was done on the southeast quadrant of the project. Contour grading continued and ongoing work includes electrical contractor trenching, placing conduits and making tie-ins with the existing traffic control system, a Santa Cruz city spokeswoman said. New signal poles will be placed in the next few weeks.