LIVE OAK >> Leaders from Kaiser Permanente on Wednesday will discuss plans for a new four-story medical center on Soquel Avenue between Chanticleer Avenue and Mattison Lane in Live Oak.

Outpatient services are expected in the proposed 160,000-square-foot building including 24-hour urgent care, physical therapy, chemotherapy, optometry and a pharmacy, Kaiser leaders have said. On a frontage road of Highway 1 near the Santa Cruz County Sheriff’s Office, the site is now a vehicle towing yard flanked by supply stores for construction and landscaping.

Supervisors could consider the project at a public hearing in February. Construction could begin late next year, project leaders said.

Koenig has been a booster of the project. His predecessor, John Leopold, also was supportive in part because of the expected 300 jobs on site.

Some critics have said the proposed building doesn’t have enough public transit near it.

“This location will not support our county’s goal to make important destinations accessible without a trip by car,” wrote Rick Longinotti, in a statement this summer.

Longinotti is head of the Campaign for Sustainable Transportation, a volunteer group that advocates for public transit and against projects that increase car dependency. He has said the closest bus stop to the proposed medical center is about 0.75 miles away on Capitola Road. He also argued that Soquel Drive across Highway 1 has far more public transit options.

In a draft Environmental Impact Report, a four-year traffic study suggested that there could be 20,000 fewer vehicle miles traveled per day if the center and parking structure were built. Part of the decrease is because of rerouted trips to a center that is closer to patients.

“The facility will be served by Santa Cruz Metro’s Paracruz and Lift Line which is operated by Community Bridges,” wrote John Swift, a consultant for the developer, in an email. “These services provide affordable door-to-door transportation options for the physically impaired and elderly.”

Matt Gomez is a branch manager of Ewing Irrigation and Landscape which neighbors the lot on which the new health center would be built. Gomez said his employees have Kaiser health insurance.

“I think overall it should be beneficial,” Gomez said. 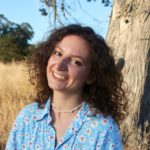