SANTA CRUZ >> In Santa Cruz County and in many other counties across the nation, 18- to 29-year-olds have received fewer Coronavirus vaccinations than other age groups.

Yet in neighboring Santa Clara County, more than 8 in 10 residents in that age group have been vaccinated against COVID-19.  Santa Clara County also has the highest overall COVID-19 vaccination rate of any large county in the United States — with at least one dose administered to more than 80% of those eligible. That high overall rate is partly because so many young people in Santa Clara County have received COVID shots, according to public health data.

Some key differences have emerged in the two counties’ COVID vaccine situation.

What is Santa Clara County doing?

Santa Clara County Public Health has relied on over 100 community health workers who have reached more than 100,000 people through on-the-ground outreach and conversations. They also worked closely with community groups.

“I want to applaud the Public Health Department [for] working very closely with all the grassroots organizations and the community based organizations,” Ramchandani said. 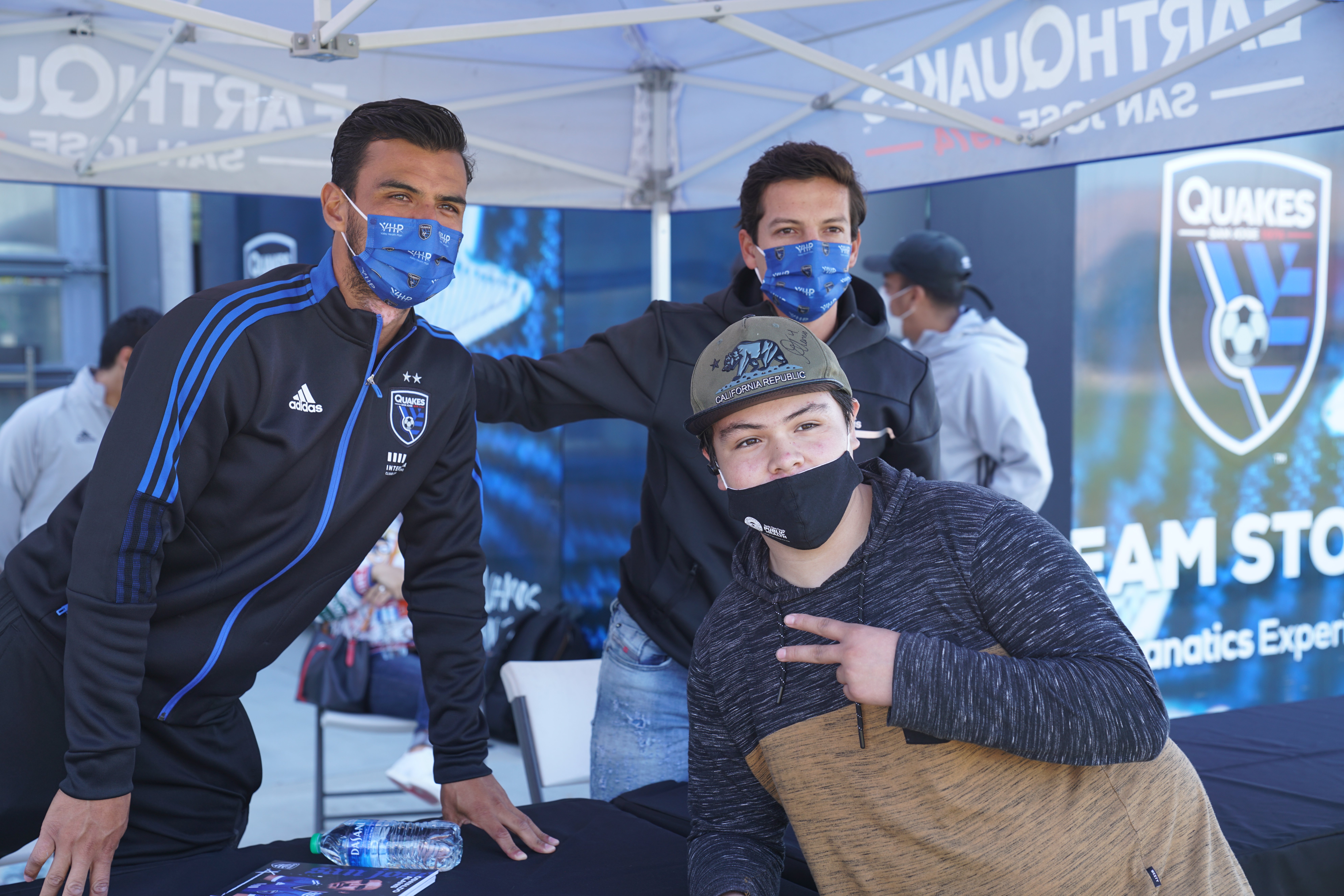 Joshua Salomon, a Stanford University professor of medicine, said Santa Clara County Public Health “certainly recognized and responded to the need to bring vaccines to people and their communities, and they did that in a lot of very active ways.” Salomon has been involved in Santa Clara county’s pandemic response.

While having 69% of eligible teenagers vaccinated is substantial, this number is still far behind the other age groups in Santa Clara County. The biggest challenge now is misinformation, not access, some leaders said.

“I think [there’s] really more education still needed for the younger population,” said Ramchandani, the Bay Area Community Health chief medical officer. She said her group is “trying to still reach out to the people and trying to say ‘It’s not just you, as a young kid or as an adult, it’s for the community health that you have to get vaccinations so that you can prevent and contain the disease, and stop this pandemic.”

Other differences in the two counties also may have changed outcomes.

Danielle Solick, co-director of the Santa Cruz County vaccine branch, attributes much of the vaccine disparity for people in their teens and twenties to the dynamics of the Santa Cruz population and the disruptions of summer. “One of the challenges for us in Santa Cruz is that as a tourist spot and as an agricultural migrant hub. We have a lot of transient communities,” Solick said. “[We’re] coming up against summer with people coming and going,” she said. “That’s one of our challenges in this town,” she added.

Solick also said a challenge has been messaging. “There’s just so much messaging that comes out about the efficacy of this vaccine versus that vaccine,” Solick said.

Santa Cruz County Health Services Agency representatives have said that all three COVID-19 vaccines available in the county effectively prevent severe illness, hospitalization and death. “Although some cases of vaccinated people getting the Delta variant have been reported, these breakthrough infections tend to be mild,” said Corinne Hyland, a Santa Cruz County Health Services Agency representative, in a statement.

Hoppin, the Santa Cruz County spokesman, said the county’s recent rise in cases from the Delta variant could be prodding more young people to get a COVID shot.

“This (vaccination rate) number is not where you want it to be, but we are seeing an increase in vaccinations with this recent surge of Delta. I think the message is starting to get through to people,” Hoppin said. Hoppin cited recent outbreaks like the one linked to a concert at the Felton Music Hall as a motivating factor for many unvaccinated young people to get the shots.

Solick hypothesized that some Santa Cruz residents may just need more time to digest the information available to them. As schools reopen, she thinks that more children and their parents will be motivated to get vaccinated to help maintain in-person schooling without interruptions.

As classrooms fill up people will “actually feel what it’s like to have their kids back to school in full in-person settings, [and] there will be a little bit more uptake,” Solick said. “There are a lot of requests for vaccine clinics and a lot of offers of partnerships for vaccine clinics, so I think that’s probably indicative of a renewed will.”